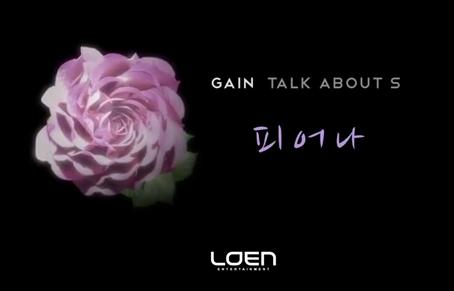 By The Editor | October 5, 2012
FacebookTwitter
SubscribeGoogleWhatsappPinterestDiggRedditStumbleuponVkWeiboPocketTumblrMailMeneameOdnoklassniki

Brown Eyed Girls‘ Ga In has released the final MV teaser for her upcoming second solo album, Talk About S.

After revealing various teasers for her additional tracks, she has now released the MV teaser for her title track, Bloom. Ga In’s upcoming second solo album is scheduled for release on October 5. The new album will consist of five new tracks which include Tinkerbell, Meet Her, Bloom, Gaze (Feat. Yoon Jong Shin) and Catch Me If You Can. Talk About S is produced by Cho Young Chul and Ga In is also collaborating once again with lyricist Kim Eana and composer Lee Min Soo.

Ga-In will be making her solo comeback tomorrow, are you excited?