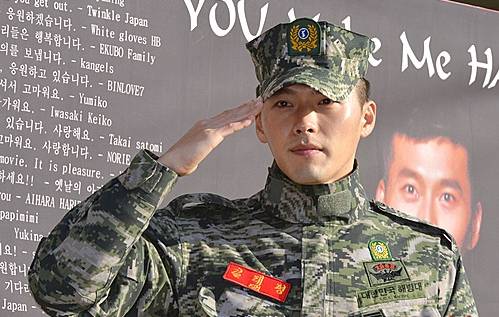 Hyun Bin sheds tears as he is discharged from military

Earlier in the day of December 6th, actor Hyun Bin finished his military duties and was discharged. It became an emotional issue. He showed his tears when he entered the military, and now he showed tears once again as he was discharged. Despite the weather being -12 degrees Celsius (10.4 Fahrenheit), countless number of fans and reporters showed up for his discharge. Hyun Bin said, “I have missed you all. Even though the roads aren’t that great, thank your for coming out this early at dawn making my departure of the military warmer. I thank you fans and reporters sincerely.”

Continuing he said, “Serving in the military I learned and saw many things. I think I was able to keep the promise that I made 21 months ago saying that I would return stronger and more reliable. Due to the support and energy that the fans gave me even after my military enlistment, I was able to come out safely and greet you all again.” 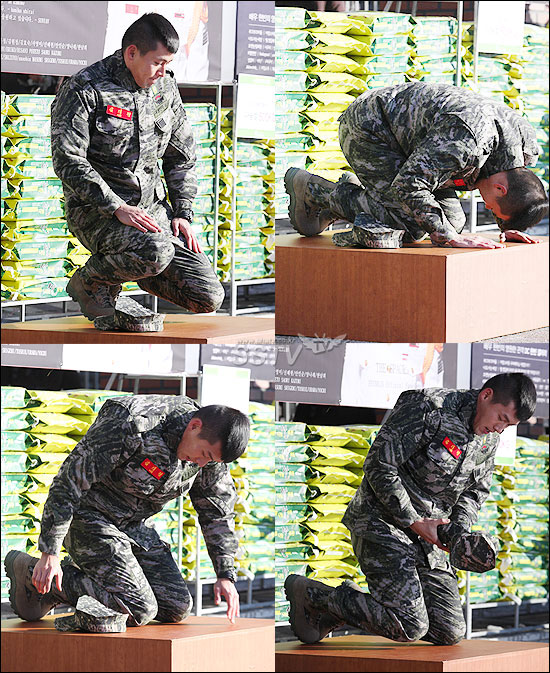 After he said his thanks, he teared up, “Since I can’t act even in my short leave and breaks, I visited my juniors when they were acting and was satisfied with just watching them act. Now since I can act again, I will prepare even harder for the many people who have been waiting patiently for me.”

At this the fans said, “You’re making me tear up too”, “We’ve waited so long!”, “His shoulders have become broader.”