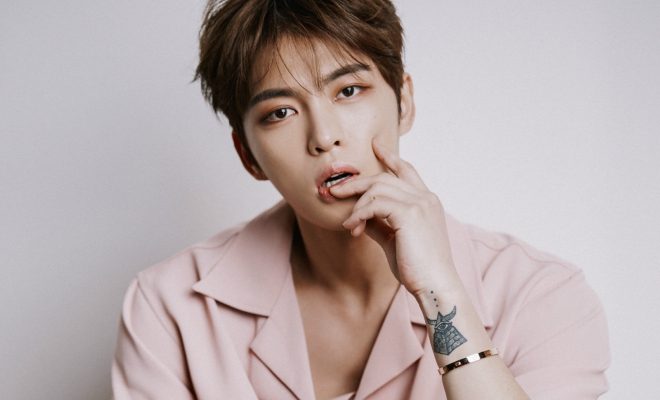 Wow is an understatement on the extravagant crib of Kim Jae Joong!

Multi-talented artist Kim Jae Joong has been attracting attention by giving a peek to his luxurious crib in a recent Japanese variety talk show broadcast. 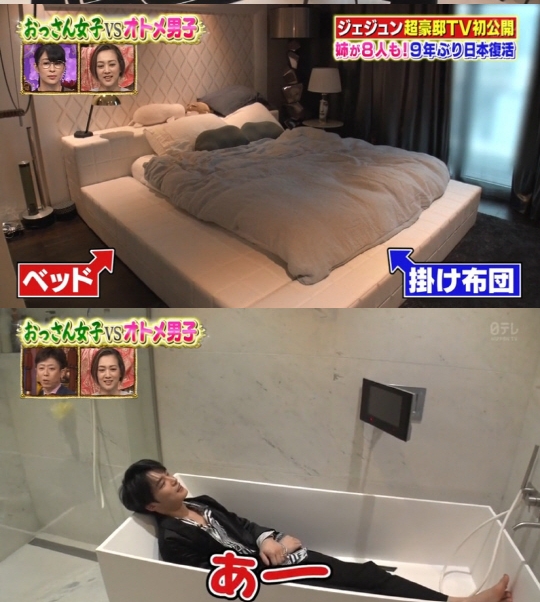 The celebrated artist welcomed the audience to a quick trip to his high-priced abode for the first time on Nippon Television’s broadcast of 今夜くらべてみました (I Compared It Tonight) on July 11.

ALSO READ: Kim Jae Joong: “I Would Like To Live A Healthy Long Life For My Fans

Located in Gangnam, Seoul, the apartment penthouse with a floor space of 100 pyong, is priced at almost 500 million yen (about 5 billion won). It boasts elaborated design and lavish interior decorations and furniture that awed the viewers.

Upon entrance to Kim’s penthouse, his expensive shoe collection of about 200 pairs situated on his porch greeted viewers.

In addition, artworks worth hundreds of millions won are placed inside his hub where gold, white, and black interiors stand out.

A famous Japanese art piece, “Yellow Pumpkin” by Kusama Yayoi, which is nearly 20 million yen (about 200 million won) commands attention on where it is elegantly displayed. 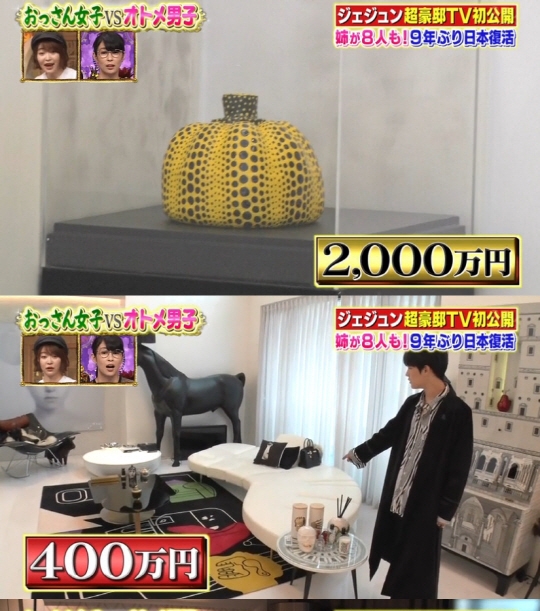 The penthouse amenities include four toilets equipped with a small-sized monitor that could be placed in a bathtub to watch TV. A dressing room on the second floor appears to be a luxury clothing store.

Furthermore, over 150 million yen worth (about 1.7 billion won) of sports cars such as Ferrari, Porsche, Rolls Royce, and Mercedes are parked side by side in Jae Joong’s private parking lot. 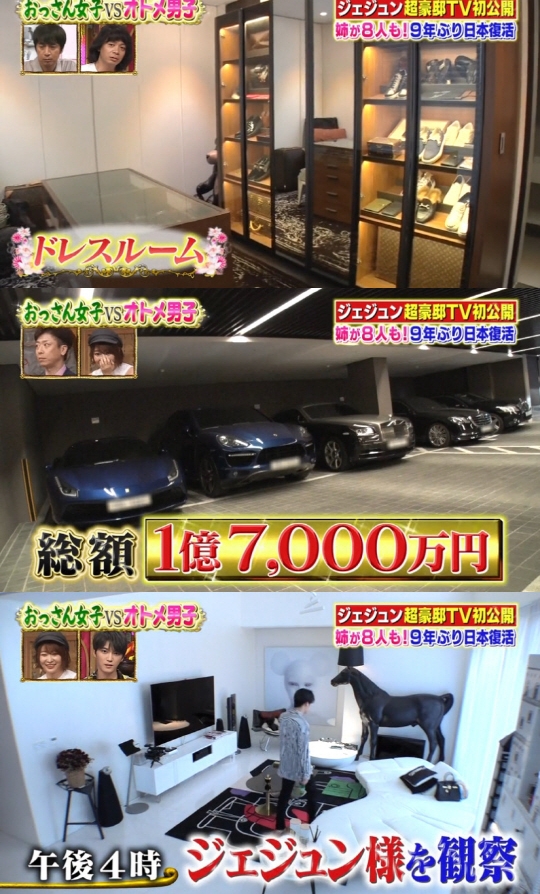 Despite having an upscale crib, Kim Jae Joong shared how he is a typical human who also experience loneliness. But he fights it off by healing through listening to music or talking with his best friend Jang Geun Suk.