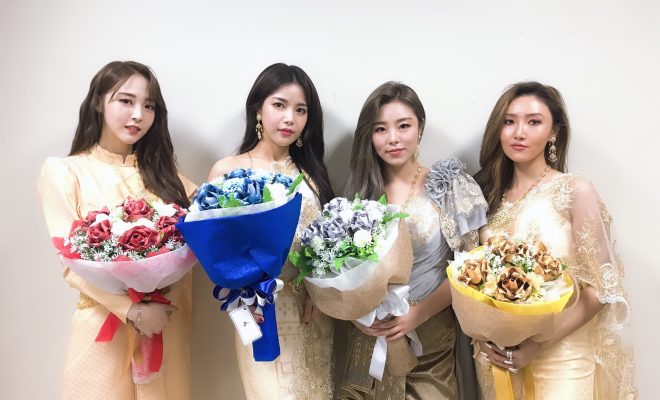 MAMAMOO Prepares To Make A Comeback With A Brand-New Album

MOOMOOs can start making some noise as their favorite girl group will be making more waves real soon!

This year, MAMAMOO makes a full group comeback with a new album! 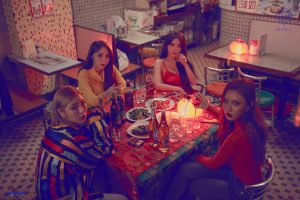 RBW Entertainment has confirmed that Wheein, Solar, Hwasa, and Moonbyul are working hard on this album. Reportedly, the record is slated for release in March, four months after their mini-album BLUE;S.

MAMAMOO rose to fame because of their unique musicality, which keeps MOOMOOs waiting for their comebacks with higher and higher expectations. The group caught everyone’s attention with “Decalcomanie.”

The group also won popularity awards for “Yes I Am,” and “Starry Night.” They were also nominated for vocal and dance awards on major South Korean music awards.

Prior to this announcement, Hwasa recently released her debut solo, “TWIT.” The soloist has risen up the ranks of South Korea’s major music charts, and the song has been well-received online.

Hellokpop, as an independent Korean entertainment news website (without influence from any agency or corporation), we need your support! If you have enjoyed our work, consider to support us with a one-time or recurring donation from as low as US$5 to keep our site going! Donate securely below via Stripe, Paypal, Apple Pay or Google Wallet.
FacebookTwitter
SubscribeGoogleWhatsappPinterestDiggRedditStumbleuponVkWeiboPocketTumblrMailMeneameOdnoklassniki
Related ItemscomebackMAMAMOO
← Previous Story N.Flying Soars To The Top Of The Charts With “Rooftop”
Next Story → BTS Announces “Love Yourself: Speak Yourself” World Stadium Tour