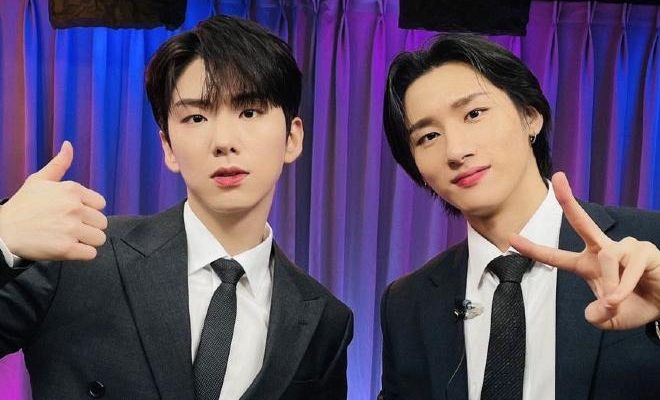 Congratulations to Kihyun and I.M for the 100th episode of Midnight Idol!

MONSTA X is experiencing lots of great things at the start of the year as Kihyun and I.M just commemorated the 100th episode of their radio show Midnight Idol. 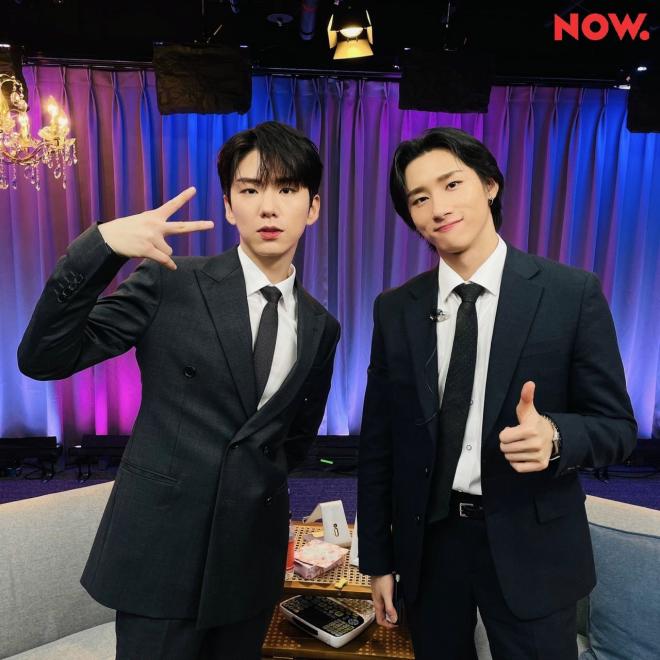 On January 21, Kihyun and I.M marked the 100th episode of the Naver NOW broadcast Midnight Idol, which both hosted together. Kihyun and I.M appeared in neat black suits to celebrate this wonderful event and received an overwhelming response from global MONBEBE. In particular, the two hosts exuded a warm yet sexy masculine beauty as they set out to reminisce the memories they made as hosts of Midnight Idol.

The night was filled with warmth and happiness as the staff and crew performed a surprise for them. A congratulatory audio letter from the staff members who were with them every broadcast expressed their gratitude and wishes of good health and success to Kihyun and I.M.

This lovely segment further showed how much the hosts were sincerely loved and appreciated by them. It was also a proof that all MONSTA X members are humble and down-to-earth as they never forget to treat every staff member with kindness.

Meanwhile, Kihyun and I.M opened the new Naver NOW broadcast Midnight Idol on September 6, 2021. The two have been active as hosts for the show, which airs every weekday at late-night hours.

From the calm hosting skills that let the guests stand out to their unique sense of humor and wit and the natural chemistry between the two of them, Kihyun and I.M were able to fill every weekday night with affection.

Kihyun and I.M continue to communicate with MONBEBE lovingly

The 100th episode of Midnight Idol signaled a wonderful journey from Kihyun and I.M. The 100 days they shared with global fans and listeners was one of a kind, and it’s no doubt that all will remain a pleasant memory.

As they celebrated the 100th episode, Kihyun and I.M did not miss reading the fans’ stories and letters sent in advance. In addition, the two performed short live performances such as DAY6’s “You Were Pretty,” Kim Kyung Ho’s “People Who Make Me Sad,” and Sung Si Kyung’s “On The Street.”

Although this was a new challenge for Kihyun and I.M as hosts, the two succeeded in demonstrating their presence as hosts tailored to Midnight Idol. The two talented idol singers also expressed their sentiments as their beloved radio show reached an amazing achievement. 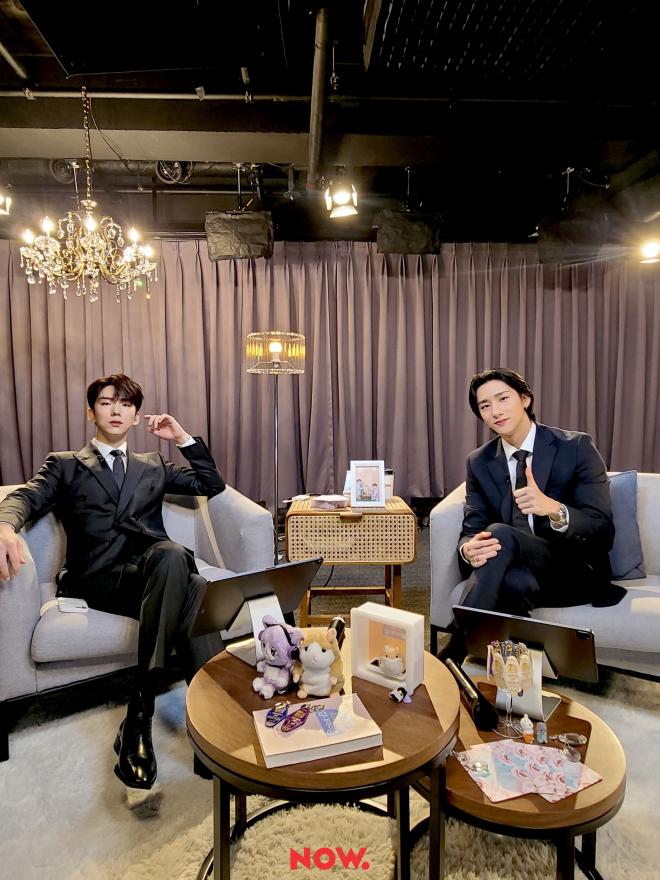 “The nervous feeling during the first broadcast of Midnight Idol is still fresh in our memories. We said that everyone could leave the late-night hours every weekday to us, but the 100th episode seems to go by so quickly. We will continue to take responsibility for the late-night hours of every viewer and listener who continues to enjoy Midnight Idol. Please look forward to our future episodes.”

Furthermore, Kihyun and I.M will continue to appear on Midnight Idol every Monday through Friday at 10:00 PM KST. Global fans and listeners can watch the broadcast online through the Naver NOW app.