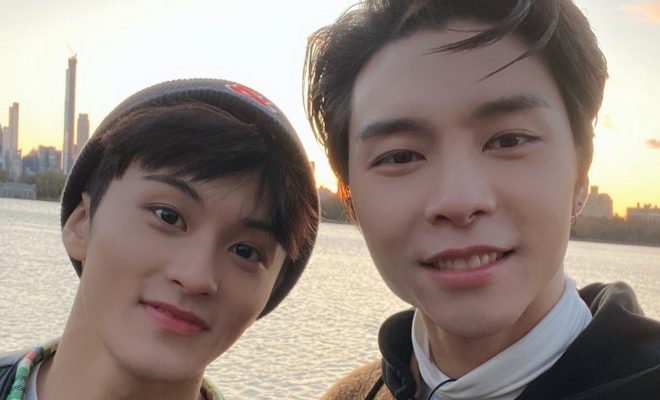 NCT 127’s Johnny and Mark treated fans to an adorable online interview where they talked about staying at home—and received praises from Bazzi too!

NCT 127’s Johnny and Mark recently participated in the virtual interview session At Home With Apple Music together with Bazzi—and their virtual hang out brought a new memorable moment to NCTzens! 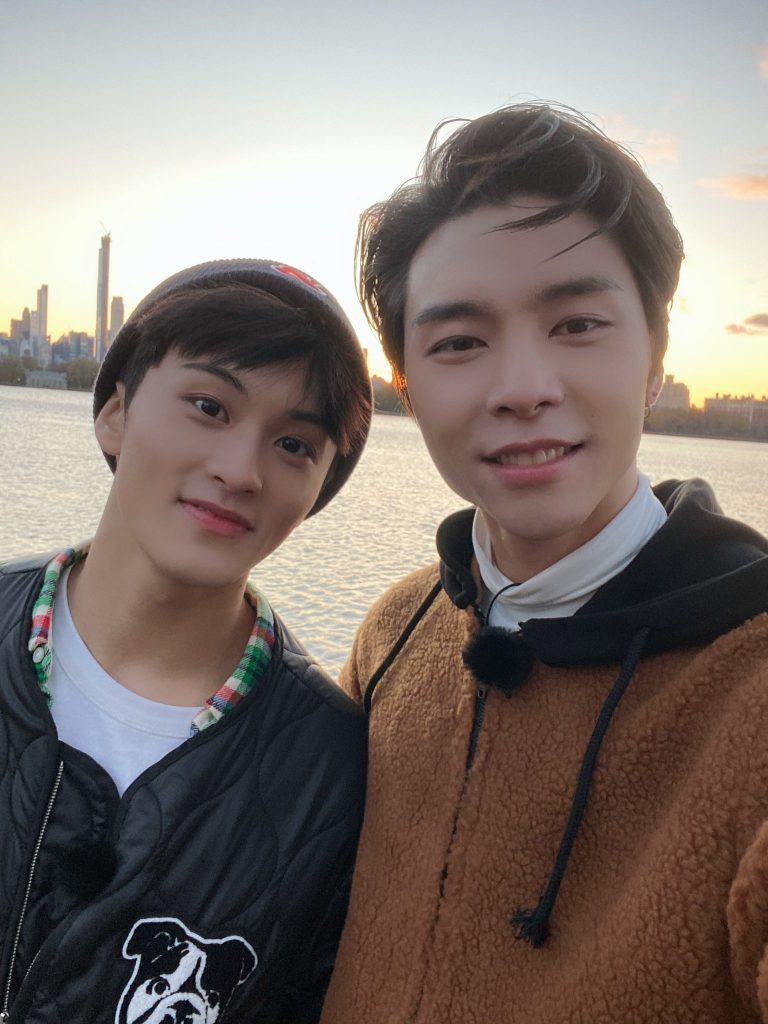 Hosted by Brooke Reese and Travis Mills, the quick interview session featured the two NCT members casually sharing updates and having a friendly virtual chat with the “Myself” and “Mine” singer.

The boys, who are currently in Seoul, noted that it was 11 AM in their timezone as they speak. “We haven’t woken up this early in a while,” Johnny quipped.

“I’m the biggest fans of these guys,” Bazzi said. “I listened back to “Boom” the other day and I was blown away,” the singer confessed, talking about the track from NCT 127’s latest album NCT #127 Neo Zone which he participated in composing.

“You guys did “Boom” though and I was like that was crazy, I’ll never forget when we made that record. We were in Seoul and it was like… such a special energy and you guys took it to the next level,” he continued his heartfelt praises.

Stories about staying at home

“Us staying at home feels weird and everything,” Mark began to share, noting that at the same time, they were given a lot of time and space to let their creativity shine as well.

“Even with Johnny, we kinda just started making verses and beats together like at home,” he added, much to the delight of fans.

After being asked about what they miss the most during this period, the young NCT rapper also revealed that he really wants to go to a movie theatre recently. “I personally enjoy going to a theatre and getting popcorn and the seats,” Mark said.

Bazzi then playfully said that he’ll use his time during quarantine to boot preparations and try becoming the newest addition to NCT’s member lineup.

“Facetime me in your next rehearsal and I’ll jump in and just like set my phone up right here,” he said before cutting himself off and showing some dance moves which amused the two NCT members and the interviewers.

Following the interview, Bazzi replied to NCT 127’s tweet about the At Home With Apple Music session, saying “great people” and making fans’ hearts warm regarding his love for the group.