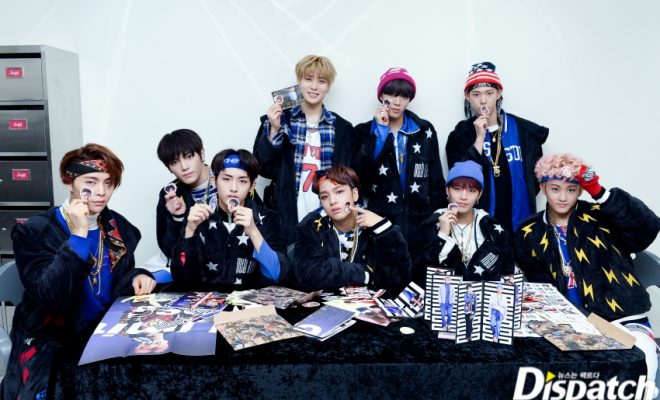 NCT 127 Reveals Thoughts On Limitless: “We Also Thought Whether We Could Perform This”

But NCT 127 successfully pulled it off, don’t you think?

SM Entertainment‘s youngest boy group NCT 127 opened up their honest thoughts on their newest song, Limitless in a recent interview with STARCAST by Dispatch.

The rookie boy group revealed that Limitless was indeed a difficult song, especially when they heard it for the first time. Leader Taeyong admitted that they were doubtful if they could match the song’s level of difficulty. “We also thought whether we could be able to perform this,” he said.

However, he also added that despite the worries, the song is addictive and can attract people’s ears. NCT 127’s newest track is a strong addictive urban R&B song written by songwriter Kenzie who also wrote Don’t Say No of Girls’ Generation‘s Seohyun. Production duo The Underdogs who previously worked on EXO‘s Overdose also took part in the music production of Limitless.

Aside from the track, members Doyoung and Yuta shared their opinions on the choreography that seemingly matched the difficulty of the song. “There are lots of dance parts that make you dance along,” Yuta said.

“The attractive part of Limitless is the dance part. We really practiced hard and for a long time,” Doyoung revealed. He also added that the choreography made their backs and butts ache whenever they lie down.

Doyoung, along with Johnny were the newest additions to NCT 127. Doyoung first debuted with NCT U last year before joining the group, while NCT 127 marked Johnny’s first official debut.

SM released the music videos of Limitless in two versions on January 5. The song debuted on the fourth spot of Billboard’s World Digital Songs chart. The group’s newest extended play (EP) ‘Limitless: The 2nd Mini  Album’ debuted at the top spot of the World Albums chart and hit the fourth spot on Heatseekers Album chart.

Watch the performance version of Limitless music video below.