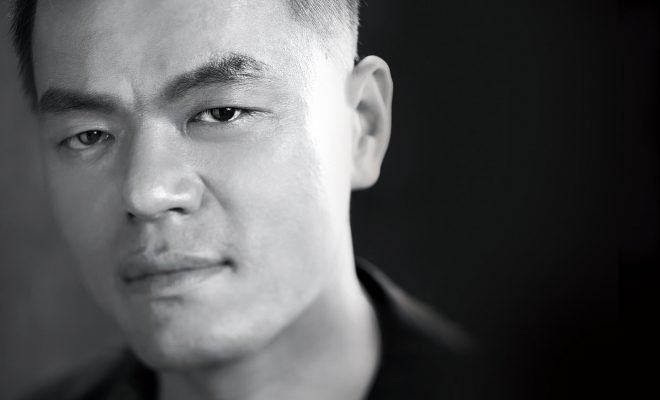 JYP is back with an enslaving music!

JYP Entertainment’s CEO Park Jin Young is up for a comeback in December. Announced on JY Entertainment’s official social media accounts, J.Y. Park will release his new song titled “Fever”. Also, the official music video will be released on November 30th followed by its music release on December 1st.

Furthermore, his first teaser with actress Cho Yeo Jeong inside a half-opened elevator door gained so much attention. Adding up to the people’s curiosity, the two showed strange looks that somehow made the image teaser looked like a movie poster. 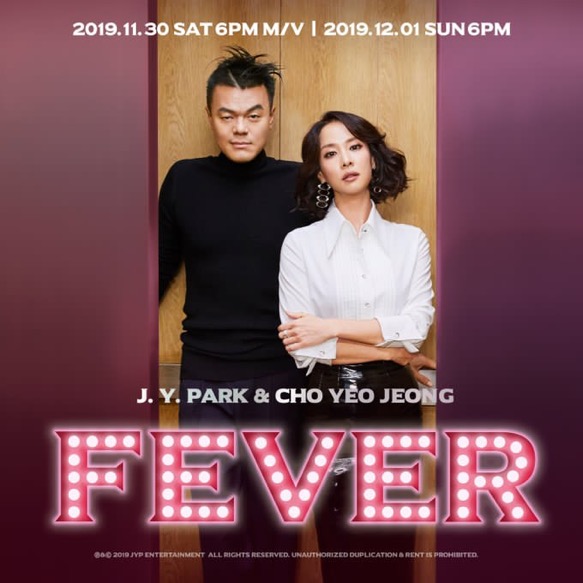 Alongside how good “Fever” music is, Cho Yeo Jeong shared that she accepted to be part of the music video to show a new side of her with Park Jin Young. Likewise, Park revealed that he saw Cho in her movie Parasite the night he finished his new song. Thereby, he decided to call her immediately and ask her to appear on his latest music video.

Additionally, J. Y. Park has gained a lot of attention as he has the best female stars and surprisingly good chemistry with them in his music videos. From Lee So Ra of “Elevator”, Ko So Young of “Honey”, Lee Na Young of “Kiss Me”, Kim Gyu Ri of “음음음” and Kim Hye Soo of “Your House”, the women aptly dubbed as J. Y. Park’s muses have gained immense love from the public. 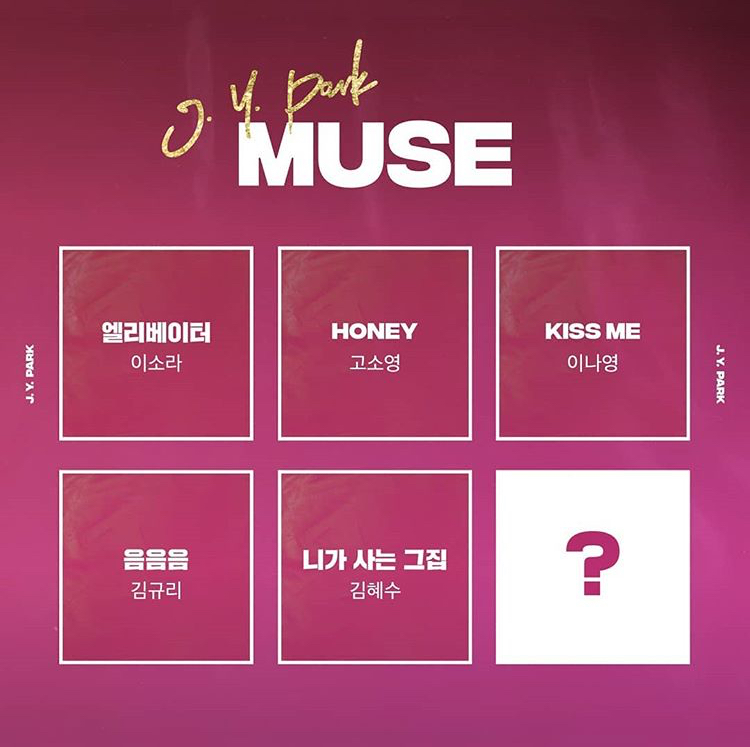 JYP’S CONCERT AND HIS “FEVER”

Penned and composed by Park himself, “Fever” is a song that dates back to the roots of his music. Inspired by the vaudeville shows, the track is a hip-hop genre infused to the show like Cotton Club in Manhattan. Aside from the song’s style, its choreography is the modern reinterpretation of vaudeville shows.

Subsequently, Park Jin Young gears up for a year-end concert tour starting on December 21. Titled J. Y. Park Concert No. 1 X 50, the act is designed to commemorate his fifty four no. 1 written songs. Above all, the tour is expected to reveal the stories and memories behind his No. 1 songs.

Having a walk through all his hit songs will be highlighted like “Don’t Leave Me”, “Proposal Song”, “She Was Pretty”, “Honey” and “I Have A Girlfriend”. Adding to that, the history behind g.o.d’s “Lies”, Wonder Girls’ “Tell Me”, 2PM’s “Again & Again”, Miss A’s “Bad Girl Good Girl” and TWICE’s “What Is Love?” will also be featured. 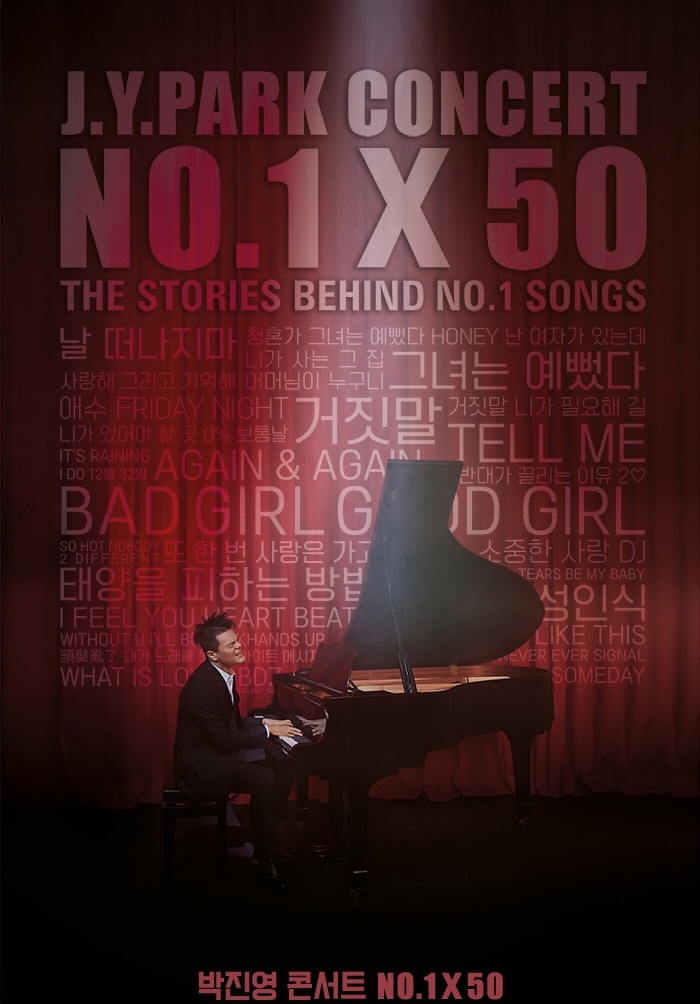 J. Y. PARK CONCERT NO. 1 X 50 kicks off on December 21 6PM at the 5th floor of Daegu Exco Convention Hall. Following that is the Busan stop on the December 25, 5PM at Busan Sajik Indoor Stadium. 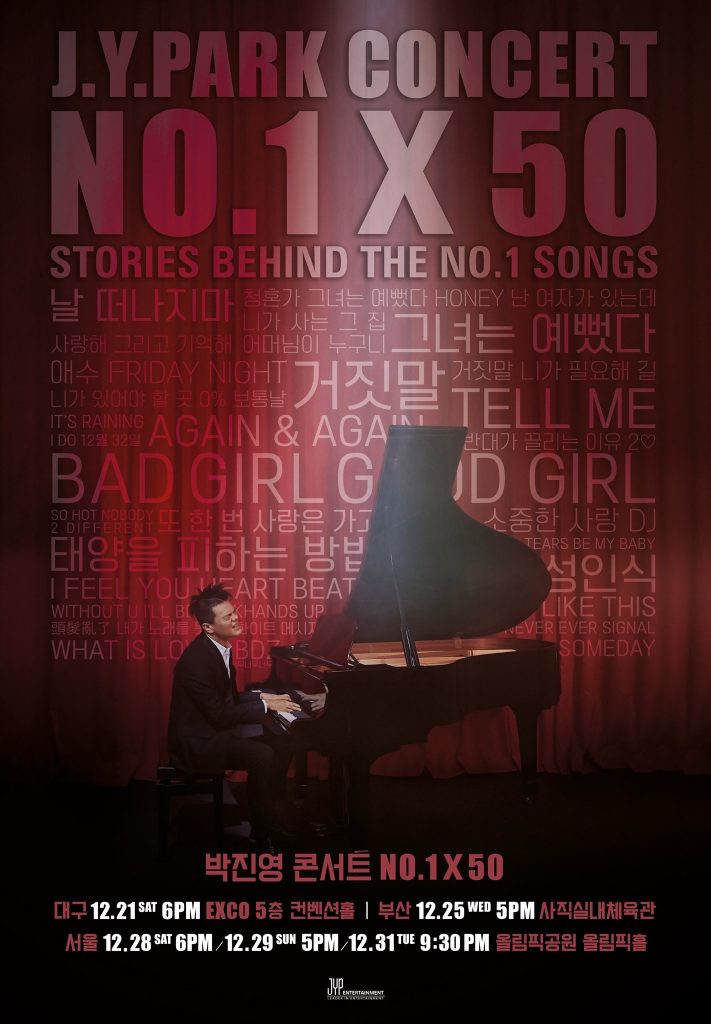