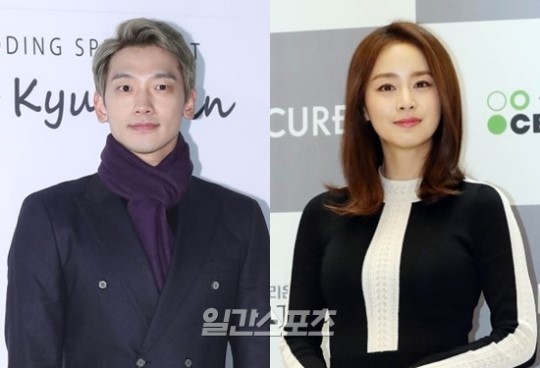 UPDATE: Rain And Kim Tae Hee To Get Married in January

UPDATE: According to reports on January 18, Rain and Kim Tae Hee will be holding the wedding ceremony tomorrow, which is on January 19, at a cathedral in Seoul.

So, ‘The Best Gift’ is definitely his marriage proposal to Kim Tae Hee!

On January 15, Rain released a new track titled “The Best Gift” after a three-year hiatus. Featuring a soothing melody and romantic lyrics, the song is a man’s sweet engagement to his love.

Earlier on, the heartthrob appeared on the January 14 episode of the JTBC entertainment program Knowing Bros. When asked whether his new track is an implied marriage proposal to his girlfriend, popular actress Kim Tae Hee, Rain immediately denied such speculation.

However, on January 17, the idol surprised fans when he uploaded a handwritten note on his Instagram to announce his upcoming wedding with Kim. 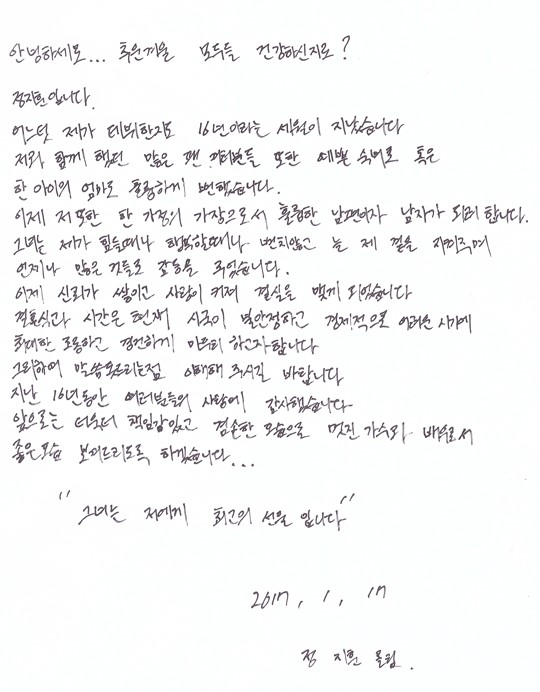 Hello… I hope that everyone is keeping healthy in this cold winter.
This is Jung Ji-hoon.
It has been sixteen years already since I’ve debuted. Many of the fans who were with me have also grown into beautiful ladies and mothers of children.
As for me as well, I now seek to become a great husband and man of a family.
She has kept by my side through my difficult days as well as happy ones, never changing. She has moved me in so many ways.
Our trust has built up and our love has grown, and they are now bearing fruit.
As for our wedding and the time, we wish to go about it as quietly and solemnly as possible in these politically unstable and economically difficult times. I hope that you will understand that I cannot announce it due to these reasons.
I have been grateful for all of your love these past 16 years.
Going forward, I will strive to be an even more responsible and humble singer and actor.
“She is the greatest gift for me.”
2017-1-17,
Jung Ji-hoon.

It’s been reported that the couple will tie the knot on  January 19 at a cathedral after five years of dating.