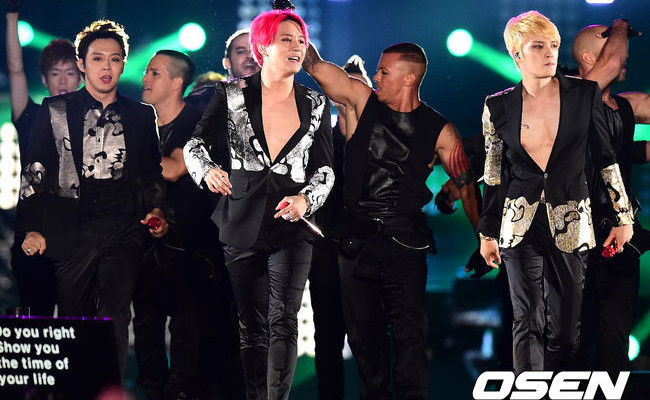 The Return of the King: 2 hours perfectly spent with JYJ

JYJ kicked off its anticipated solo concert after 4 years of fans patiently waiting on the 9th of August.  The love of the fans remained unchanged for JYJ over the 10 years, and filled up the stadium with red lights and enthusiastic chanting on this day.

The first stop of  ‘Return of the King’ was at Seoul Jamsil Olympic Stadium in the evening. The cool night was immediately surrounded with hot air as there were around 30,000 fans at the concert who waited JYJ for a long time. The three members, Junsu, Yoochun and Jaejoong, who were previously working on their individual activities have reunited; fans were touched to have been able to spend two perfect hours with them at the concert.

Korean media outlet, OSEN, pointed out the three major reasons on why the 2 hours were perfectly spent with the three charismatic men at Return of the King. 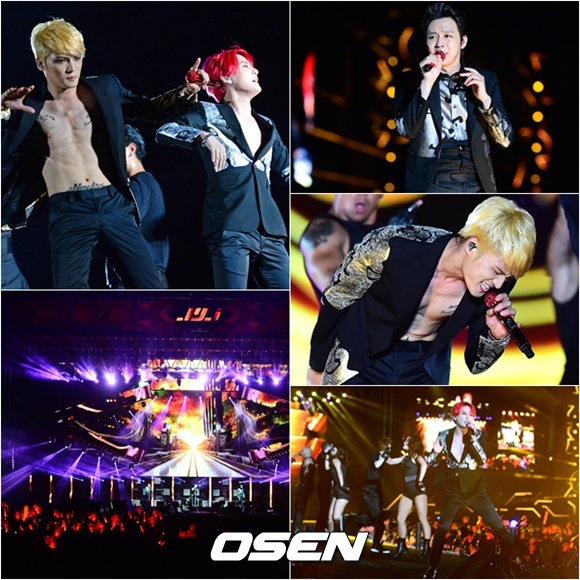 1. A concert after 4 long years: three people came together again

The stage at Jamsil Olympic Stadium where JYJ performed, finally happened after 4 long-awaited years. Before that, the three of them were busy with packed schedules: Junsu who was doing musicals, Jaejoong with his drama filming and Yoochun who was busy with his movie. And so the comeback ‘Just Us’ becomes much more significant to the fans. JYJ spoke on the stage during the concert.

“It seems like it is been a long time to see three of us standing on the same stage together, right? We have missed you all a lot.”

To prove that JYJ is still well, they heated up the perfect performance stages for the fans.  At the early part of the concert, they put on a dynamic stage with Creation, Be The One, Babo Boy,  continuing with Let Me See and In Heaven. The members with their unchanged skilful singing ability were able to grab the fans’ hearts.

Fans were waving their red penlights while singing along to the music, as a reply to JYJ’s passion and enthusiasm. The members did not forget to express their utmost gratitude.

“This is a concert after a long time, but there are many fans who came from many other places, we are really thankful.” 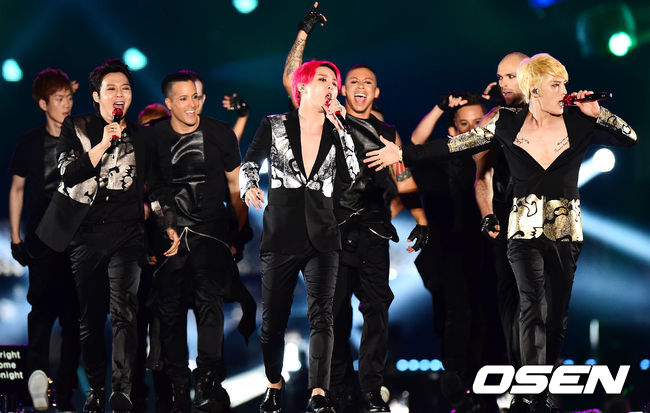 2. As three people, then solo:  a stage with a different atmosphere

On this day, the members of JYJ showcased their abilities in full without regret. JYJ nearly performed all the songs on their new album ‘Just Us’. Apart from that, they also had their solo stages with three songs each. Today was the day the three of them shined bright on the stage, even the solo stages were filled with energy.

Jaejoong sang Dear J, Butterfly and Mine; his unique point was his fully erupted rock sensibility. Junsu took the stage with 7 Year Old, Tarantallegra, Turn it Up＋Incredible, and Yoochun sang Thirty, Walking With Her in Spring and I Love You. 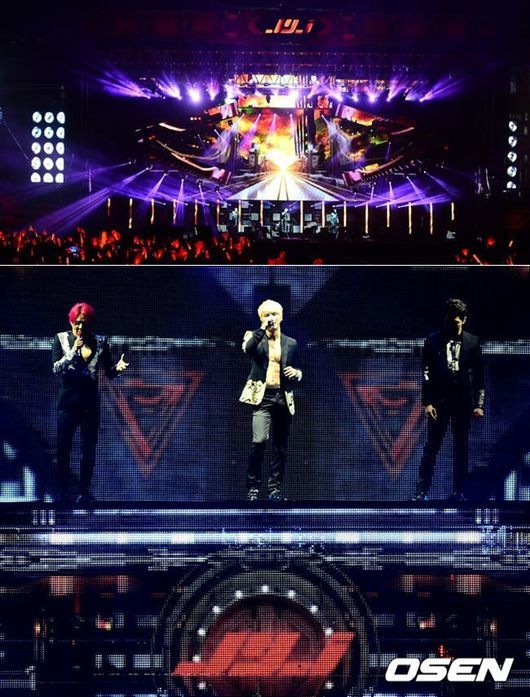 3. Back Seat banned: a performance that can only be seen here

The climax of the concert was definitely the song Back Seat. Back Seat, which is the title track of their new album, was banned from broadcasting on the 6th of August by KBS. Other than during the concert, is there any other place you can watch it? JYJ said:

“There has to be at least one broadcast banning, it becomes special that we are able to meet everyone from different places in concert rather than in broadcast.”

JYJ continued to show what they got to the fans for the rest of the night. Wasn’t that the best gift for everyone who attended the concert?