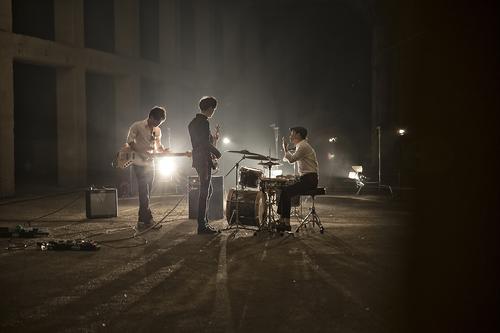 We’re nearing the end of this thing, folks. Song of the Year was a fairly easy pick this year, in the sense that it’s hard to imagine anything else taking the honor. (Yes, I know I went completely unorthodox last year by putting Gangnam Style in second. Not this year.) But honorable mention picks were hard – frankly, for me there are about 30 different tracks that could plausibly take one of the last six spots. In a roundabout way, that also speaks to the difficulty in picking the top songs in each genre, as well.

As we unveil the last few categories, keep in mind that Song of the Year and Album of the Year will each feature two picks that did not appear anywhere else (being “saved” for last, essentially). Also, these two categories will have ranked honorable mention picks, counting up to 10, unlike all other articles.

What else could it be? Bounce took Korea by storm, as the first single off of a much-anticipated return that quickly became a sensation. It’s not even close to Cho Yong-pil’s older work (even his groundbreaking forays into rock), adopting a modern-rock rhythm and light instrumentation. Following an album-wide trend, the song is not Cho’s composition, but the easy-going melody and uplifting atmosphere fits him like a glove; all this is topped off with fantastic sound polish. It was a triumphant first shot of a legend’s return, and that it was able to convincingly scoop up a new generation – teens and twentysomethings – speaks volumes about the track’s appeal.

Don’t Play With My Heart is a track that best exemplifies the freedom with which Fromm experimented in her debut. She blends the boundary between verse, chorus and bridge (the verse and chorus are essentially one), and as a result the track follows very unorthodox structure while sounding completely natural. A keen ear for melody keeps all of those components a joy to hum along to, but she doesn’t write around a hook; meanwhile, careful arrangement makes the track lively without being imposing. In many ways Fromm strikes a perfect balance in this song, and in an album filled with what should be enduring pieces of work, Don’t Play With My Heart is one of the most timeless.