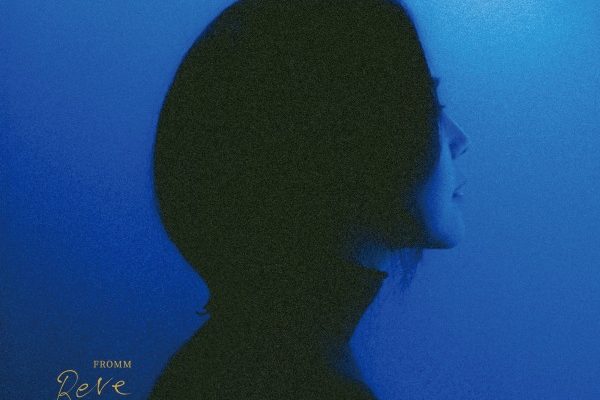 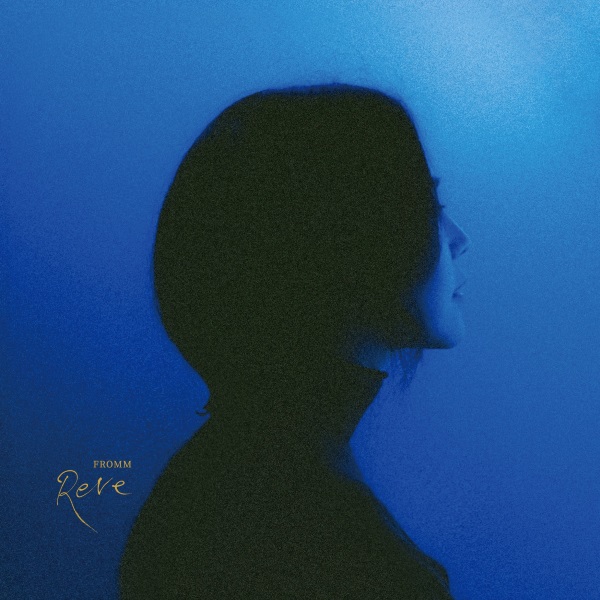 If you look at Fromm’s discography, you can see a clear penchant for the Moon. Her debut album Arrival started it off with a mesmerizing track called “Moon Speaks”. The second album was literally titled Moonbow and had a song called “Moon of Daytime” (which was also the name of a pre-release single collection) as well as the centerpiece “Moonlight Dancing”. Last year’s Erica was no exception, with the rousing album-opener “Come to the Back Side of the Moon” invoking a little fantasia into the imagery.

This is not some quirk independent from the music. Fromm has wrought solitude and quiet melancholia into much of her composition and writing, and the lunar imagery is either a natural outgrowth of or an intentional vehicle for the atmospheres and stories that she builds. Before you ask: the word “moon” does not appear in Reve. But in its four tracks, Fromm focuses almost singularly on those same ideas that used to lead to it. If I had to guess what time of the day Reve is set during, it’d be the wee hours of the morning: that time when the world is closest to silence, when consciousness is a little fuzzy, and when, true to the EP’s namesake, thoughts give way to dreams.

Cozy opening track “Our Night” sets the tone, singing of a lost past that might exist in dreams still. Its bluesy atmosphere has a thickness to it reminiscent of Arrival; the held bass notes, humming-led chorus, and ponderously paced refrain are immediately intoxicating. Similarly, downtempo “Beautiful World” is set only to Lee Young-sik’s piano and Jungstring’s string line, a disciplined accompaniment that gradually scales to a sweeping harmony. The writing is the most cryptic that Fromm has ever been, relying upon poetic abstraction rather than her usual incisiveness: “Something that shines still between our universe // If I could collect the scattered mornings between the universe of you and me”.

Both tracks share fuzzy moods as well as a visceral sense of misplacement: they express longing in slightly different ways, with “Beautiful World” being a bit more explicitly forlorn, but share a compact lyrical and thematic approach.

Lead single “Spring, a Dream of Winter” is much more narrative and long-winded in comparison, and feels a bit jarring after those two tracks. It’s also the least distinctive-sounding song here, somewhat following the soft mold of Erica‘s “Our Sparkling Beginning” but missing the melodic brilliance of that song. (A little uncharacteristic, considering her usual strength in uniquely attractive melody-writing.) Fortunately, “Fin” returns to form with a memorable composition that straddles the line between comfort and sorrow with each twist and turn.

And as she repeats “Fin”‘s defining words of “let’s end it”, it really ends. The whole package isn’t even 15 minutes long, which feels all too short but is perhaps the right length for an album about ephemeral dreams.

Intentionally cutting back on the role of the vocalist (though her flowing verses are a key part of making “Our Night” work), Fromm manages evocative moods and emergent sonic vistas during those short minutes. Imparting its story instead of telling it, Reve is Fromm’s most nocturnal album to date – without a single moon, at that.

Hellokpop, as an independent Korean entertainment news website (without influence from any agency or corporation), we need your support! If you have enjoyed our work, consider to support us with a one-time or recurring donation from as low as US$5 to keep our site going! Donate securely below via Stripe, Paypal, Apple Pay or Google Wallet.
FacebookTwitter
SubscribeGoogleWhatsappPinterestDiggRedditStumbleuponVkWeiboPocketTumblrMailMeneameOdnoklassniki
Related ItemsFrommReveReview프롬
← Previous Story K-Drama Review: “Chicago Typewriter” Scribbles A Story Of Love & Friendship Like No Other
Next Story → K-Movie Review: Ji Chang Wook’s “Fabricated City” Zooms To A Thrilling Payback Counter Chase