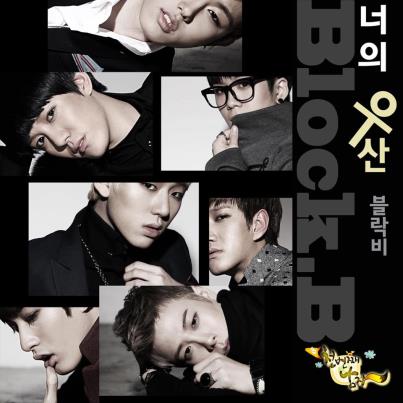 Block B releases ‘Your Umbrella’ for The Thousandth Man drama

Block B sings Your Umbrella as the 4th OST for the OST album of MBC‘s drama The Thousandth Man. Zico, Kyung, B-bomb, U-kwon, Jaehyo, Taeil and P.O showcased their soothing voices in the sweet melody and rap of the track which will be featured on the drama’s third episode. Other OSTs in the drama are Tell Me Now by G.Na, Hey Girl by B1A4 and Only You by Goo Ja Myung.

The Thousandth Man is about a nine-tailed fox, also known as gumiho, who needs to eat 1000 livers of men but is finding it hard to eat the liver of the man who loves her. Listen to the track below: