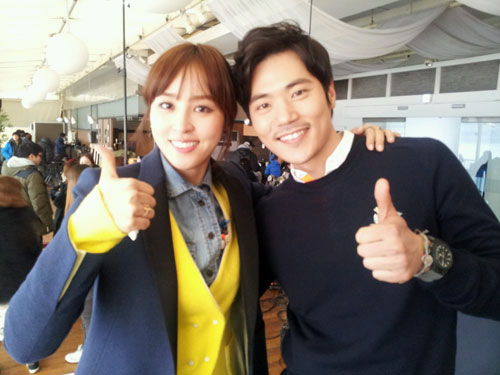 On February 13, SBS’ Healing Camp recorded with Kim Kang Woo. The recorded episode was aired February 18 and Kim Kang Woo talked about his life as an actor and truthfully spoke of his acting career and his family.

Especially as Healing Camp’s MC Han Hye Jin is Kim Kang Woo’s sister-in-law, many viewers were highly anticipating this episode. In the photo, Kim Kang Woo and Han Hye Jin pose with a thumbs-up and a bright smile.

On the other hand, it is said that Kim Kang Woo has officially begun his promotional activities for his upcoming movie Psycho-metry (싸이코메트리).