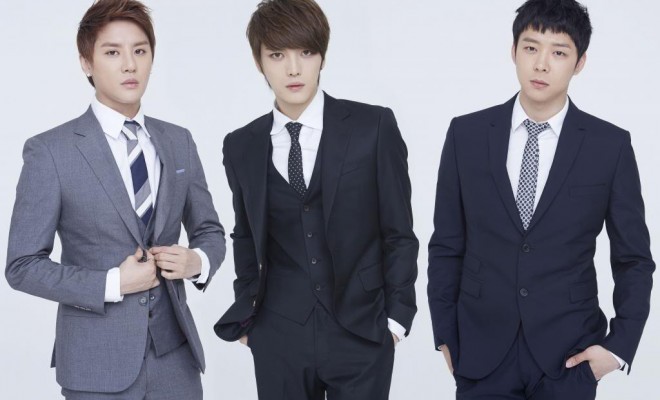 JYJ in Berlin: Emperors of the Tempodrom

The guys of JYJ have always been like Emperors to me, with their big national and international fandom as their Empire. I think of them that way because of their long reach and great influence, which made me think of the Emperors of old. Attending this concert was like visiting their court to gaze upon those who provide us with what we need the most. In JYJ’s case: beautiful music.

So let me guide you through the concert – giving you the pleasure of visiting the court of the Emperors Junsu, Yoochun and Jaejoong yourself.

When we arrived at the Tempodrom, it was already dark, but we could still see the large amount of fans standing outside. Short, tall, big, small, young and old: the fans were everywhere. And they didn’t just come from different parts of Europe, there were fans who came all the way from Japan and South Korea as well.

We all received white glow sticks with the instructions to use them only when JYJ would sing In Heaven. Once we were inside, excitement filled the venue. Red glow sticks lit up, creating a red ocean. To pass the time, fans started doing the wave.

Thrilled as they were, fans still had time to talk to us. The picture below is of a family from London, who were very excited to be in Berlin to see JYJ. 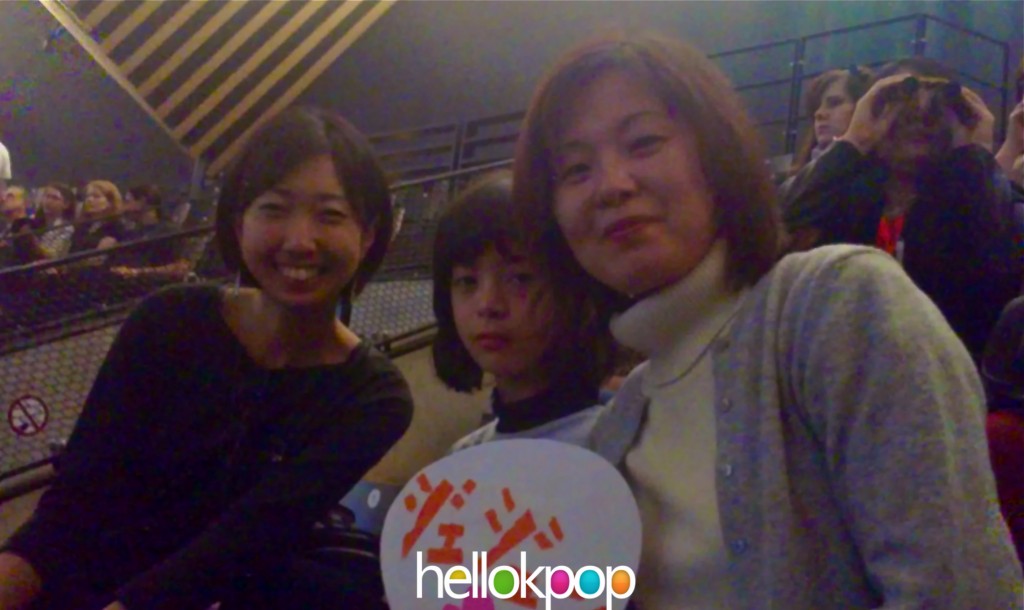 At the end of the show, they also told us they liked how enthusiastic everyone had been and that the overall atmosphere was amazing. They did think it didn’t quite feel like a concert, because everyone was seated, but it still was a great experience. Next we talked to three girls sitting next to us:

The fans started chanting, waiting for the guys to come out and screamed on the top of their lungs as the big screens came alive and the venue went dark.

We captured a lot of footage so we could give you an impression of the entire concert. They started by showing us the music video of In Heaven. And then the concert really started.

A JYJ concert wouldn’t be complete without a few Q&A’s. They introduced themselves, joked around about being shorter than German girls, beer and Junsu’s butt. They also thanked their fans for giving them a very warm welcome despite the chilly weather.They performed their title song In Heaven last, the red ocean turning white. The soft glow fit the song perfectly.

Of course, JYJ couldn’t leave us without an encore, so they performed Get Out for us. And much to our surprise, they treated us to a another encore, as they performed the remix of Empty immediately after.

Hoping for another appearance of JYJ, the fans started chanting: “JYJ, Saranghae!”

Unfortunately, they didn’t come out again. The venue cleared out slowly, as people made their way to the stall where JYJ posters and key chains were sold. We asked some of the fans how they felt about the concert, and the general opinion was that the concert was great.

This was the first concert I ever attended in my life, so this was a whole new experience on its own. It was amazing to see all the fans come together for the artists they love. We danced together with JYJ on the remix of Be My Girl, we formed a red and white ocean together, and we vocalised our love for JYJ as one. For two and a half hours JYJ was a trio of Emperors, ruling over the Tempodrom court and us fans were their loving and loyal subjects. You might think I’m exaggerating, but I’m not. I guess you just had to be there.