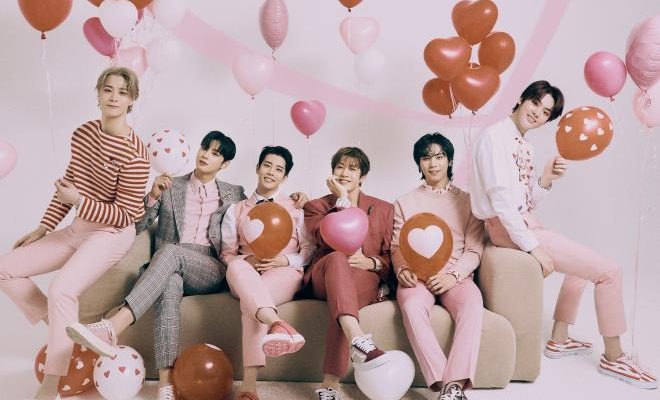 ASTRO Announces A Sweet Fan Meeting To Occur This March

ASTRO promises a sweet treat in store for fans during their upcoming digital fan meeting, “2021 ASTRO AROHA FESTIVAL: BE MINE”!

ASTRO will greet domestic and foreign fans with their first fan meeting in two years. The special event titled, “2021 ASTRO AROHA FESTIVAL: BE MINE”, will occur on March 28 at 5 PM KST and stream live digitally for fans on Bbangya TV. ASTRO teased fans with a glimpse into the event by posting a pink heart-themed promotional poster across their SNS channels on February 24.

The poster captivates fans with the romantic atmosphere set by the sweet decor as well as the members’ styling. The image evokes warm sentimentality resembling the moment of a confession, matching the event’s warm title “BE MINE”. As such, fans’ excitement continues to rise as they look forward to the group’s preparations.

According to ASTRO’s agency, Fantagio, fans will “be able to see ‘unreleased special stages’ that has never been seen anywhere”. The promise of a new performance brings forth curiosity regarding what stages the members have prepared. Furthermore, they will showcase their multitude of talents throughout the event.

The group has plenty of achievements to celebrate with their fans during the fan meeting. ASTRO recently celebrated their fifth anniversary this year. The group became an all-rounder talent, participating in various industry activities through individual and group schedules. This includes singing, acting, and variety show schedules.

The “2021 ASTRO AROHA FESTIVAL: BE MINE” is their first fan meeting in two years, indicating the start of further active group schedules throughout the year. The fan meeting will stream live on Bbangya TV at 5 PM KST on March 28.