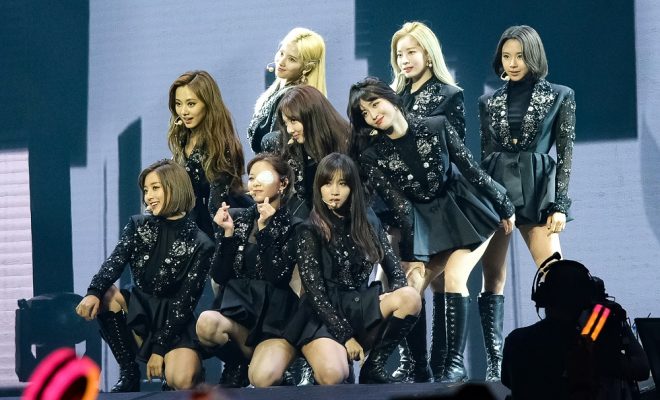 The years of waiting ended for Filipino ONCEs on June 29 at the SM Mall of Asia Arena after TWICE brought its TWICELIGHTS world tour in the Philippines, marking the girls’ first solo concert in the archipelago.

The wait was indeed worth it because Jihyo, Nayeon, Jeongyeon, Momo, Sana, Mina, Dahyun, Chaeyoung, and Tzuyu staged electrifying, vibrant performances to the Philippine concert stage.

With three hours of heart shaking productions, the girls brought the whole arena to their feet with powerful performances of their top hits like “Stuck in My Head”, “Cheer Up”, “YES or YES”, “Dance the Night Away”, “Heart Shaker”, “Likey”, “What is Love?”, “Like Ohh-Ahh”, “TT”, “Fancy”, and more. 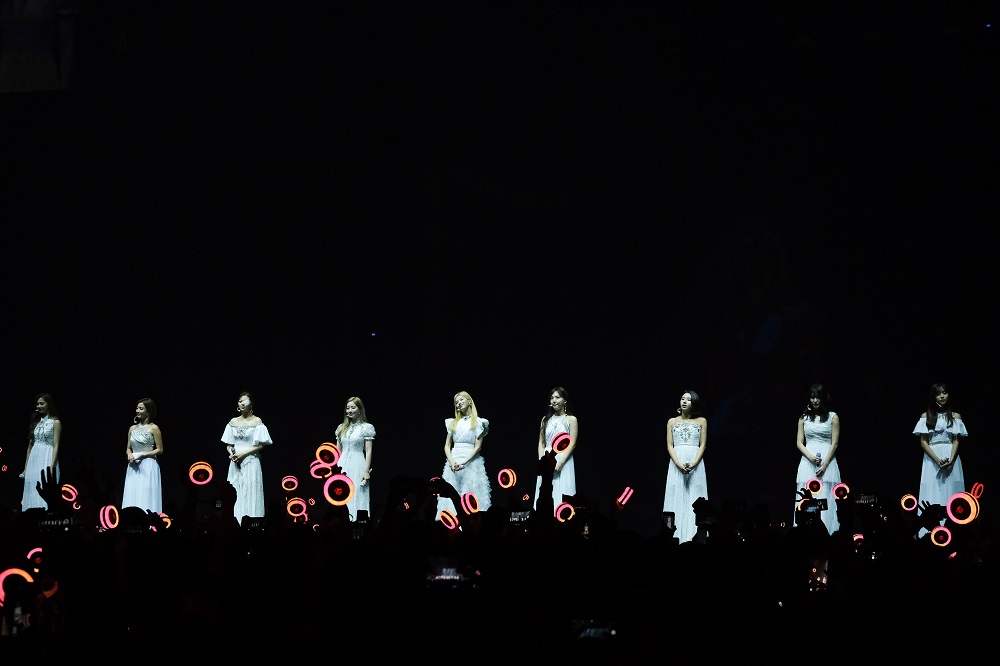 Upping the energy of that night’s festive spirits, the girls added special stages where they broke into sub-units. Sana, Dahyun, and Tzuyu flaunted their dancing prowess with their rendition of Beyoncé’s “Dance For You”, while Momo and Jihyo put their own poignant spin on Taemin’s “Goodbye”. Meanwhile, Nayeon, Jeongyeon, Mina, and Chaeyoung brought the house down with Lady Gaga’s “Born This Way”.

Aside from exciting stages and superb performances, TWICE also warmed the hearts of PH ONCEs. All throughout the concert, each member expressed gratitude for their fans’ enthusiasm and promised to return to the Philippines soon.

“Of all the ONCEs we saw dancing to our songs, I think you guys had the greatest energy,” Jihyo shared. 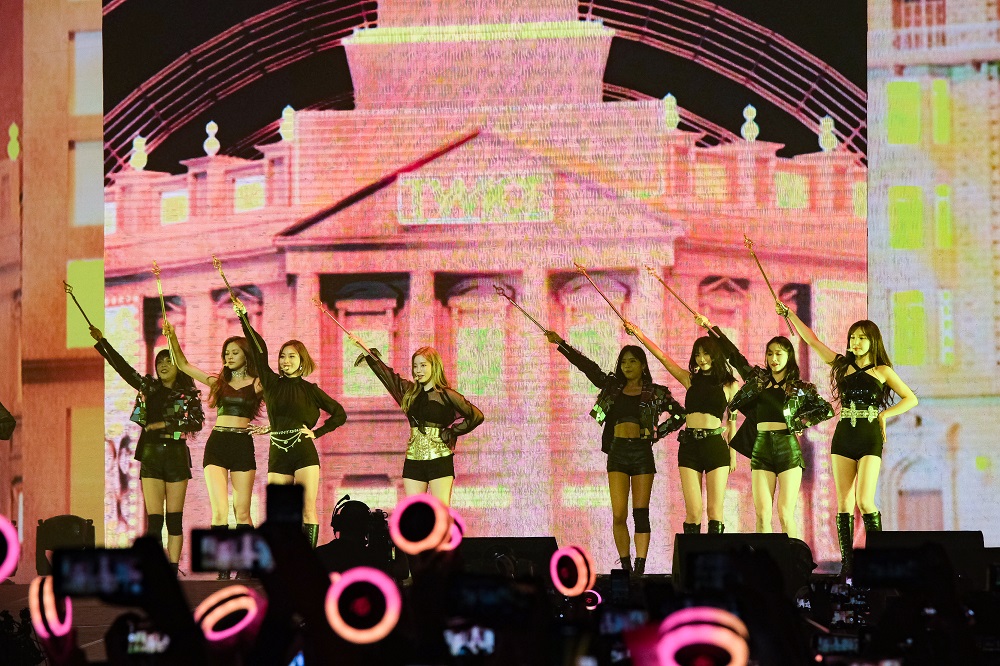 To make TWICELIGHTS even more memorable for PH ONCEs, Globe went all out in giving their customers the ultimate K-Pop experience both online and onground.

In collaboration with Happee Hour, Globe launched the K-mmunity PH group on Facebook, for everyone who shares their love for K-Pop, K-Drama, and K-Culture. By joining the group, members get updates on promos, contests, first-dibs on concert tickets, and even collectible concert pins! 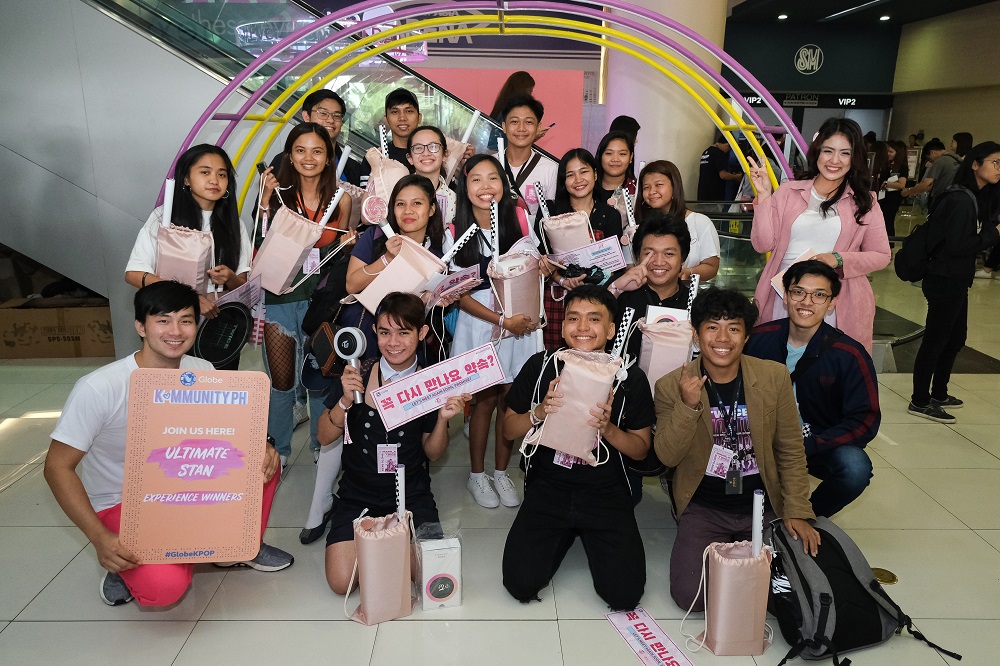 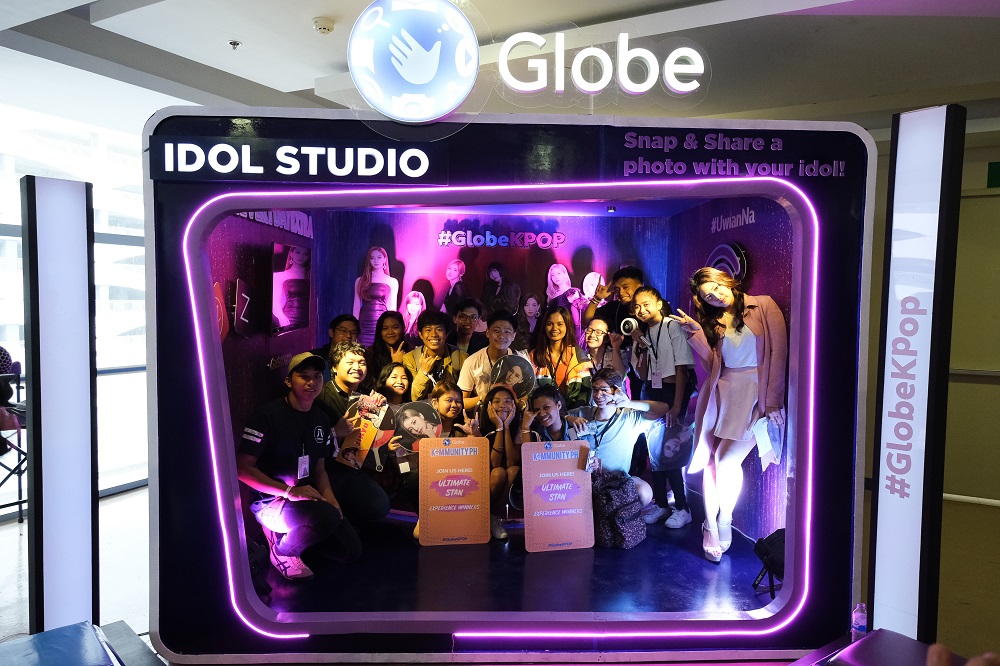 Globe also kicked off its year-long Ultimate Stan Search contest, wherein TWICE fans posted videos of themselves doing the “What is Love?” fan chant. One lucky group and eight individuals won VIP tickets to the concert, a meet & greet and photo opportunity with TWICE, premium merchandise, and an exclusive tour to the K-mmunity PH Studio before gates opened ⁠— talk about exclusive and exciting fan experience! 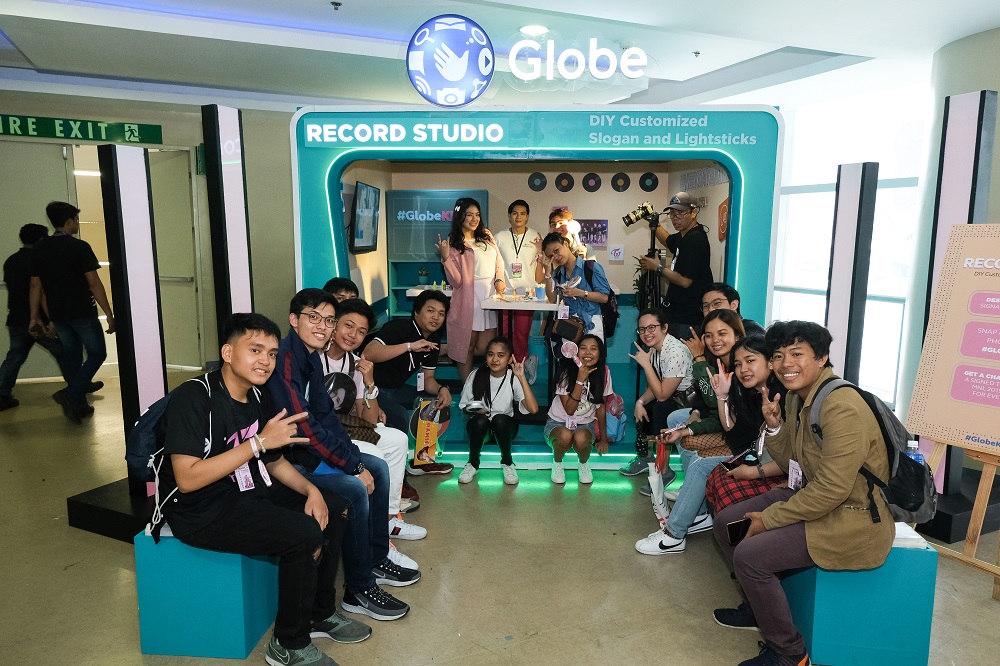 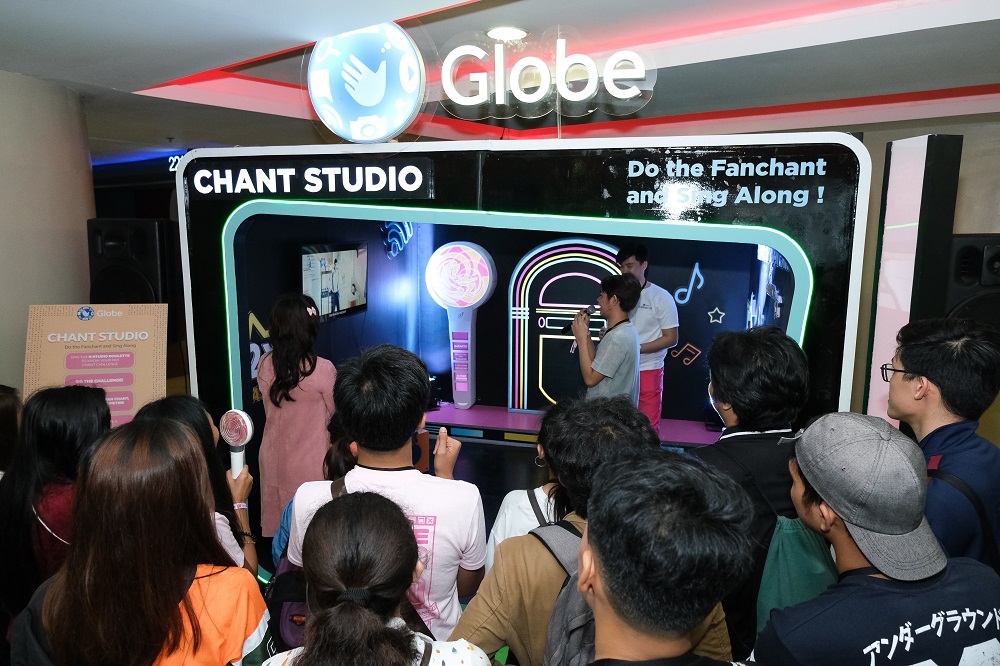 TWICELIGHTS in Manila was definitely one for the books and ONCEs can only hope the nine girls can come back sooner with brand new hit songs!

Globe, the leading digital lifestyle brand of Filipinos, recently supported huge Korean musical acts such as BLACKPINK, EXO, Super Junior, and Wanna One in the country.

This 2019, Globe promises to bring more world-class K-Pop entertainment to Filipinos. Be one of the first to receive exclusive updates on everything #GlobeKPOP by joining the K-mmunity PH Facebook group at glbe.co/KmmunityPH.