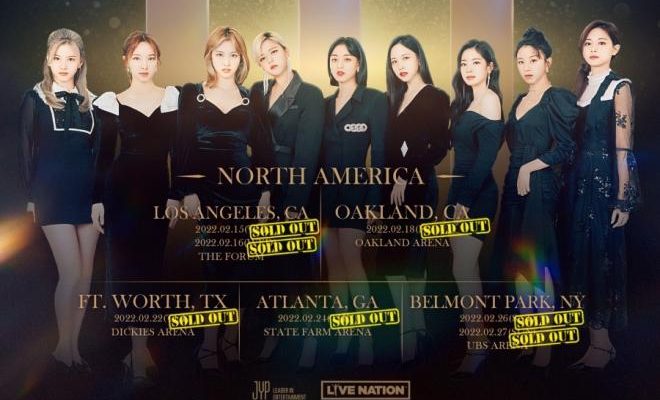 TWICE demonstrates their high demand with their sold-out tour.

TWICE sells out all seven concert dates in America for their upcoming fourth world tour. The group will open their TWICE 4th World Tour ‘III’ on December 25 and 26 in Seoul. Following their domestic shows, the members will travel to the US for seven shows across five cities in February. 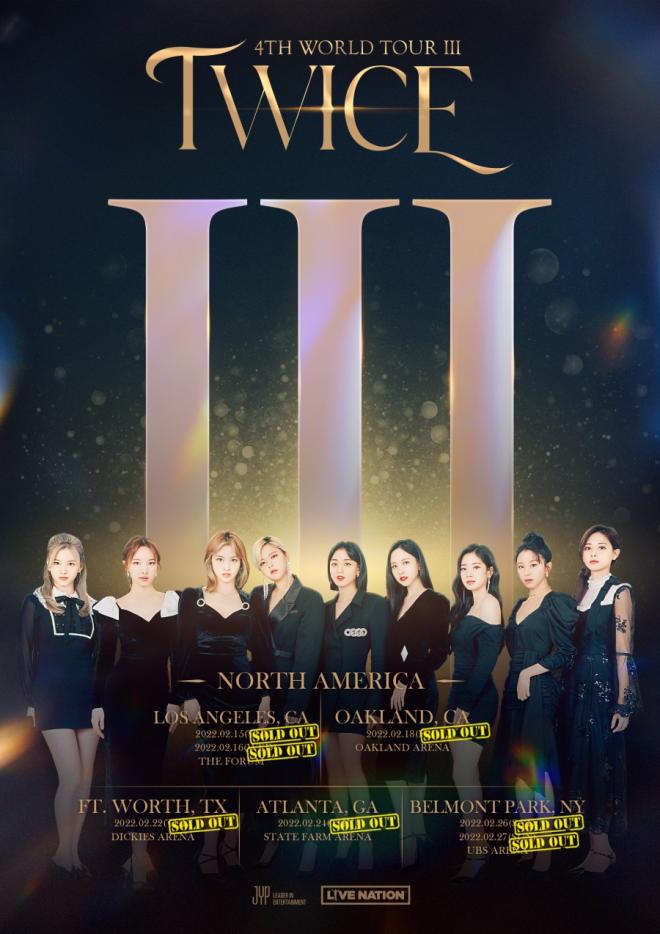 As a result of shows selling out at high speeds, their agency JYP Entertainment, added two new performance dates. An additional concert was added for The Forum in Los Angeles on February 15 as well as at the UBS Arena in New York for the 27th. The two new shows were also sold out in record time.

The high demand for tickets reflects the continued rise of global girl group, TWICE, and their immense popularity domestically and overseas. Moreover, it shows the eagerness of their enthusiastic fans who eagerly await reuniting with the members in person.

TWICE will greet their worldwide fandom through seven different concerts across five cities. This includes shows in LA, Oakland, Fort Worth, Atlanta, and New York. The American stops will begin at Los Angeles on February 15 before ending in New York on the 27.

As established already by these achievements, TWICE and their fans will have a celebratory and eventful end to this year.

TWICE plans to announce further concerts at a wide variety of venues in the future. By doing so, the members will continue to meet their beloved fans across the globe.