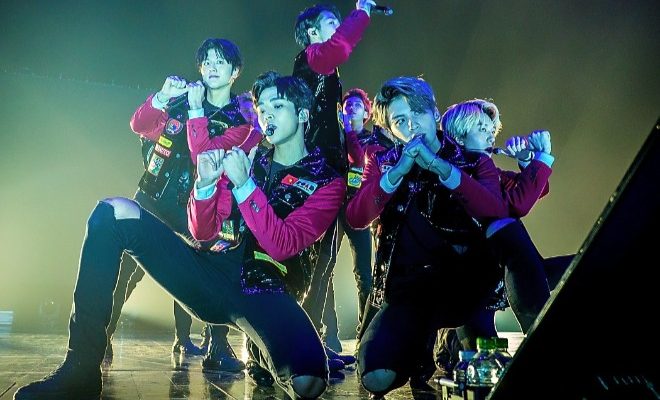 9 Fantastic Moments Captured From “SF9 Be My Fantasy In Manila”

SF9 began the kickoff for 2018’s Philippine K-pop festivity in a refreshing weekend escape, tanked up by spectacular performances and sweet fan-bonding events.

SF9 Be My Fantasy in Manila popped a sensational stage in a crowd-pleasing fan gathering on January 6. The boys received tremendous amounts of cheers from fans, who warmly embraced them for their first fan meeting in the country. 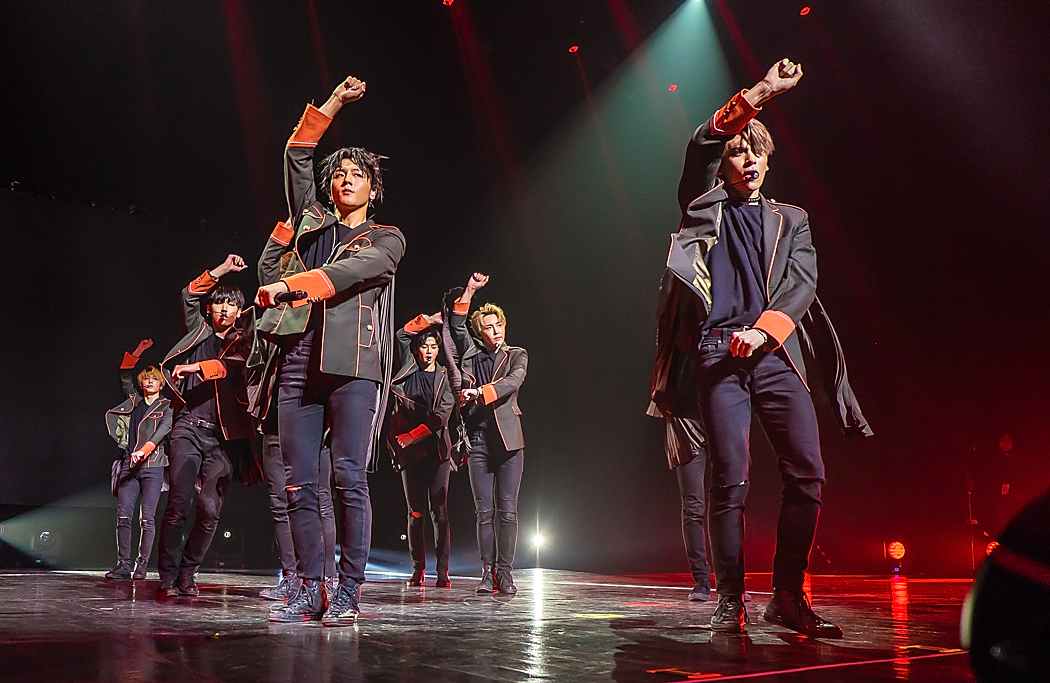 FNC Entertainment’s first dance boy group made sure to captivate their audience every chance they could. From those little adorable things to grand gestures they did to please their fans, SF9 is surely on the right track to achieve their bright future.

SF9’s powerful song and dance routines were amazing — even more when you feel them coming alive on stage slaying their popular tracks. Then, they would turn to different colors of bubble wraps as they let out their casual cheerful selves to delight their frenzied devotees who just can’t get enough of them.

We took away some of the highlights from the fan meeting in case you might have missed it. Sit back, relax and enjoy this SF9 Be My Fantasy in Manila recap!

SF9 Be My Fantasy in Manila was a chance for SF9 Philippine fan base who normally communicated through social media to assemble in support of their favorite K-Pop group. “Fantasy” (SF9’s fandom name) impressed us with their spirited demeanor and how they have shared free fan merchandise with each other. From signature cute banners, CDs and a lot more, Fantasy’s big hearts truly matched SF9’s happy disposition.

We scouted a fan video which captured the lit stage of SF9 Be My Fantasy in Manila! Notice the explosive dance choreography!

And here’s an adorable love note banner from Philippine Fantasy too! 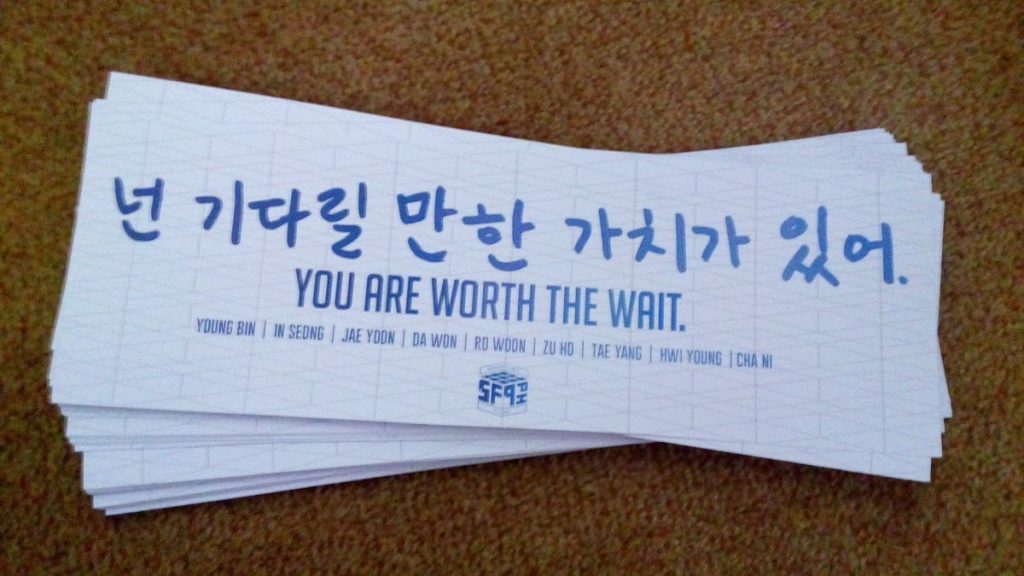 As always, IME PH prepared an amazing platform for the boys’ lit showcase.

When “O Sole Mio” was played in the background, anticipation heightened for the excited groupies who erupted in different types of fan boys and girls screams.

From shy “hurrahs” to loud outburst to voice-breaking come-out-now pleadings, onsite attendees sure knew how to make the setting bright and amusing while waiting for the spotlight to officially open.

When it finally did, the entrancing moment elevated as SF9 threw in synchronized intense dance moves through “Fanfare” and “Roar”. Enraptured on the first SF9 dose on stage, the scream cravings of the fans blended with the boys’ opening act that you would feel the energy literally moving inside your body.

Now, that is MAGIC!

Feel the sensation of SF9’s “Roar”!

SF9 performing ROAR
It got cut as that was the moment when the guard caught me
Lol#SF9inManila #BeMyFantasyInManila pic.twitter.com/DQRZaSEeIO

After an energetic opening salvo, SF9 officially greeted their fans through Youngbin’s lead and Inseong’s promise of how they prepared well for the event.

Jaeyoon and Dawon agreed to rock the night as the rest of the boys brought the house down with their introductions. Chani closed their official greetings by saying “Mahal ko kayo (I love all of you)” to their blushing fans.

When the host asked about their New Year’s resolution, Zuho made every Fantasy’s heart in the venue flutter by declaring how he intended to work even harder for their fans. 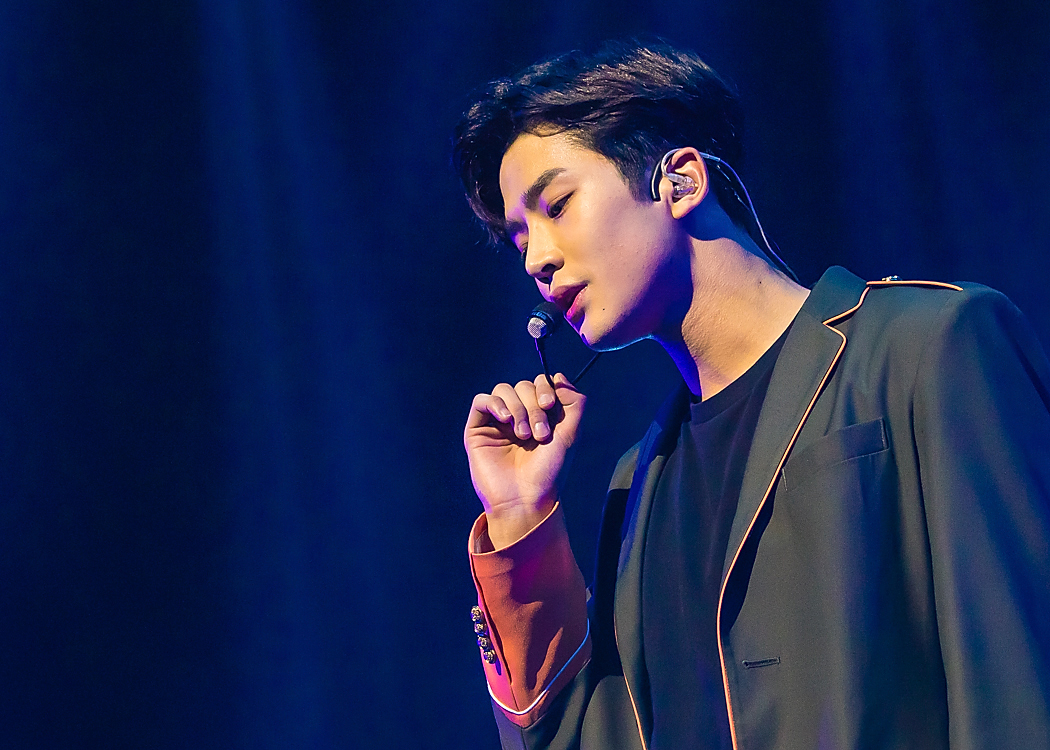 The bubbly boys took turns in showing off their aegyos to delight their fans.

Youngbin dropped a smooth quick rap session while Inseong spiced up his turn by announcing that he will dance cutely since he frequently sings.

Next up, Jaeyoon smartly pulled off another charming antic which made the locals giggle as he danced a classic Filipino dance “otso-otso”.

Dawon drew an aegyo card by showing variety of heart movements to the laughter of the audience. Rowoon calmed the moment with a heartfelt love song rendition followed by Zuho’s eloquent rap.

Taeyang melted the viewers with a quick dance and topped it off with a superb cover of Justin Bieber’s “Boyfriend” which he sang together with the crowd. Hwiyoung belted out a self-composed song before maknae Chani finished everything in one blow with “Philippine Fantasy, mahal kita! (Philippine Fantasy, I Love You!)”

Zuho and Rowoon tweaked the group’s declaration of love in a sweet we-love-you-combo-blab, followed by cute shots of their finger hearts. As expected, viewers hyperventilated at that very moment! 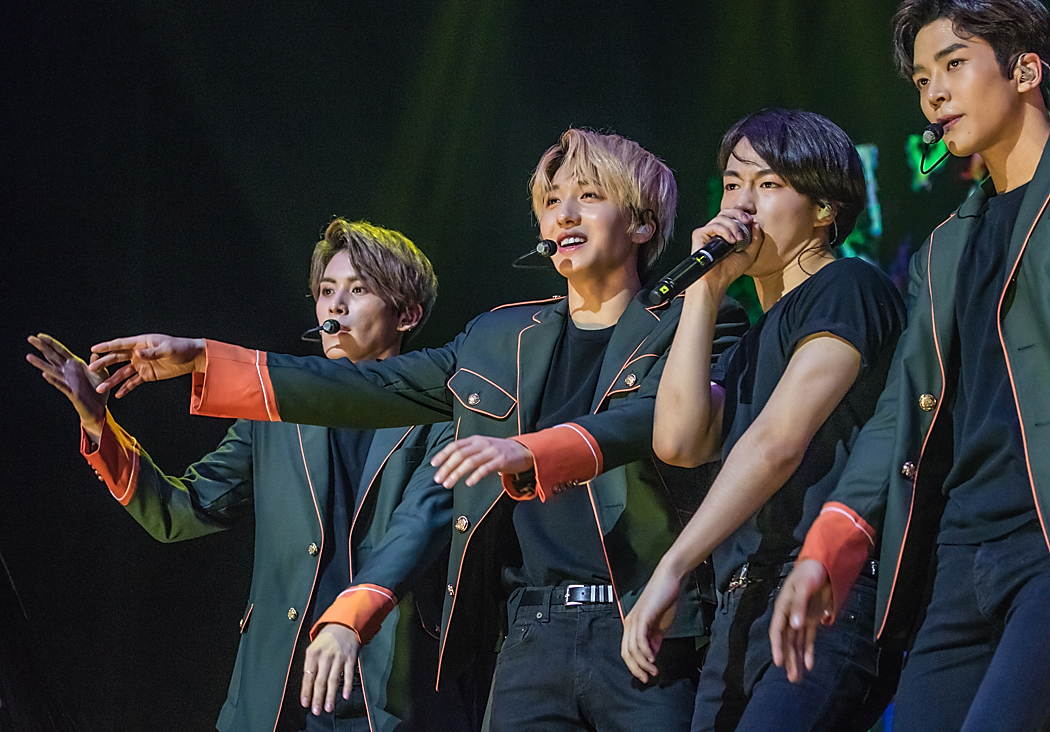 Fantastic Moment #5: Getting to know SF9

An interactive game was set up for Philippine Fantasy where they would answer “O” or “X” to SF9 members trivia questions. A lucky young woman who knew everything about SF9 emerged as the winner. From that challenge, we got 9 confirmed informative tidbits from SF9. 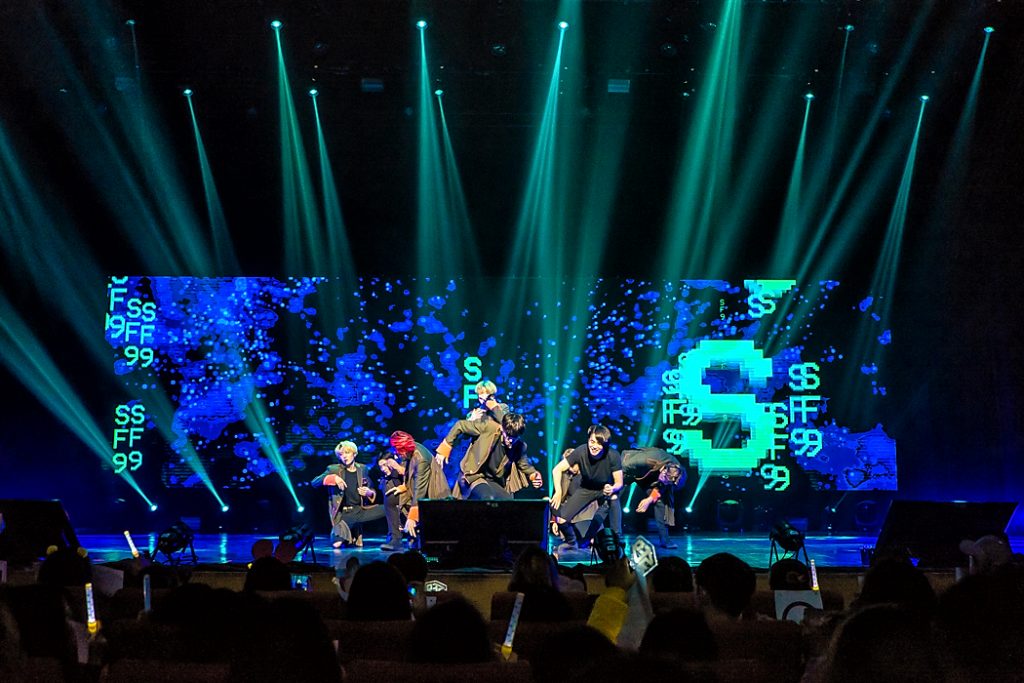 From the romantic, laid back and sporty activities, fans got a quick video dating experience with them. SF9’s unpublished videos from their tours were also displayed before the boys came back to knock us all out with “K.O”.

Unleashing their manly charm in “Jungle Game” and a flirtatious cover of Mahone’s “Dirty Work”, we found ourselves united with fellow viewers in a blissful state where we couldn’t explain what we were even happy about. *giggles 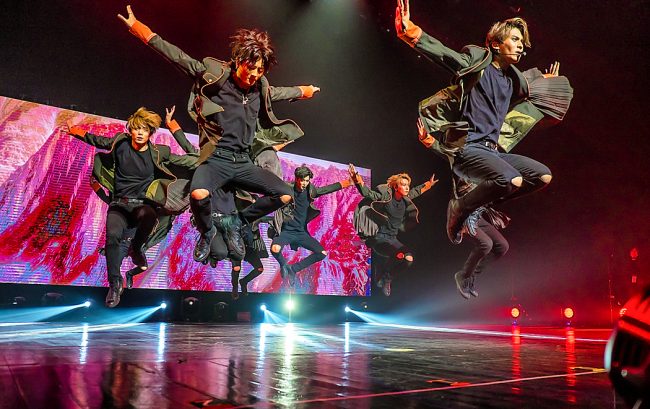 After the euphoric trance from the second production number, SF9 teamed up in three groups for another lively contest with fans. Team S – Youngbin, Rowoon & Dawon, were asked to do “Roar” in cute way.

The boys did not disappoint to entertain the fans and by shyly bringing out their aegyos for the love of their fans. Team F – Inseong, Taeyang & Chani, adorably did a dance cover of AOA’s “Like A Cat”. Afterwards, Team 9 – Jaeyoon, Hwiyoung & Zuho burst an impromptu steamy rap and beat box sound.

Three lucky Filipina Fantasy were chosen through a raffle and played with the members. The rule was to find out the strongest team that could accumulate points by shaking hard a device that measured the strength of the rattle.

While prepping up for the match, Hwiyoung was caught lending his jacket-cape to the girl in their team, making the fans sigh out of jealousy.

Team F won even when Rowoon mischievously cheated for his team. The sweet boys acknowledged the winning girl’s effort and signed their CD on the spot for the girl’s happy memento takeaway from that dream-come-true fan girl experience. Such lucky girls! 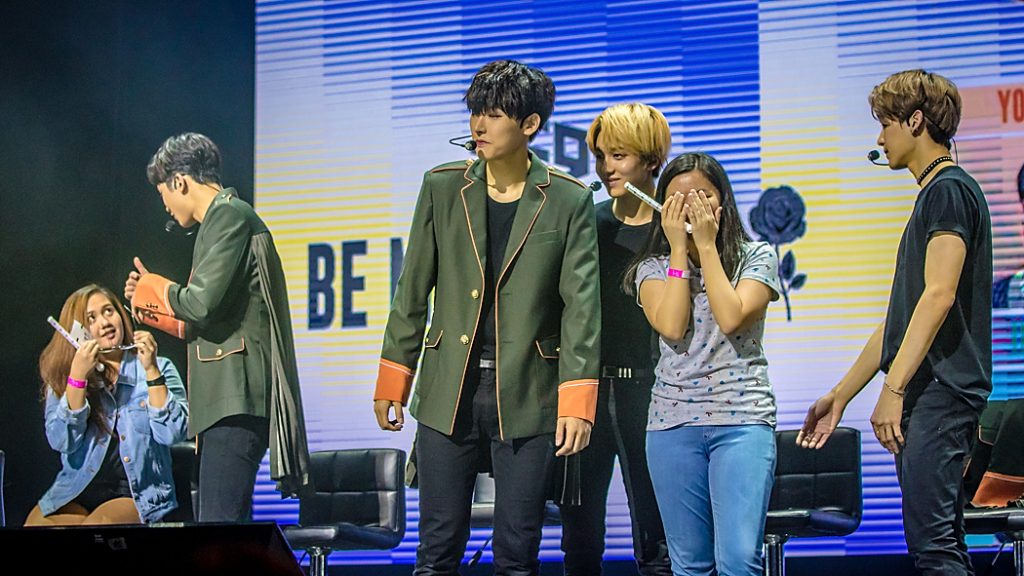 Alternating upbeat groove and sleek stunts seemed like an easy job for the boys, who nailed their last performance set – “Let’s Hang Out” and “Easy Love” with ease.

The level of synergy and technical difficulty just made our jaws dropped on how amazing they were forming those snappy moves and shapes. Even from a spectator’s perspective, the group’s dance spectacle was certified LIT! 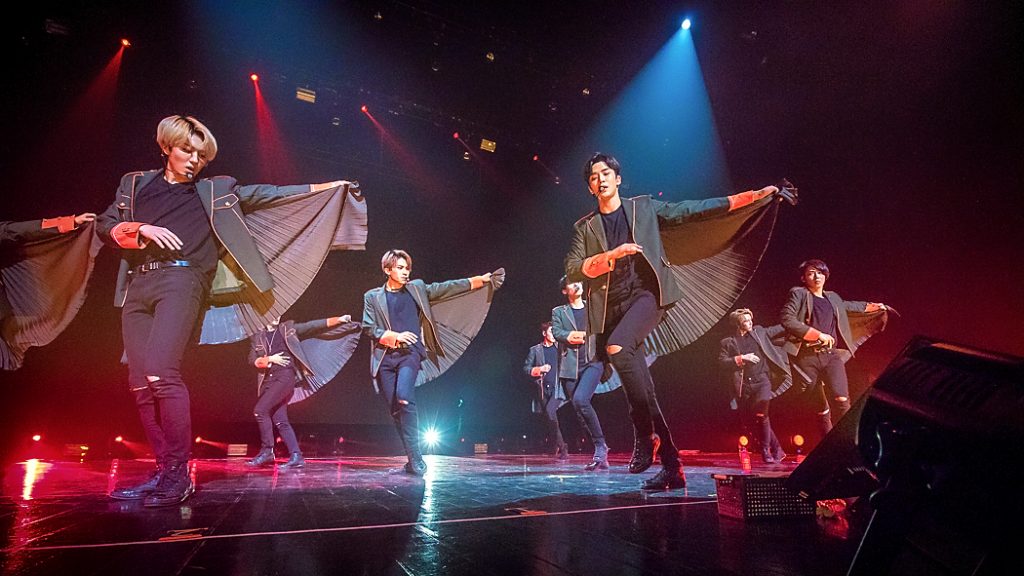 Philippine Fantasy prepared a special video presentation from various video footage and montage pictures of their fans with their well-wishes.

The band intently watched and appreciated the thoughtful gift. They promised to come back as quickly as possible. Taeyang uttered how they had so much fun and thanked their loving fans for the warm reception.

Rowoon who is set to join variety show Law of the Jungle in Chile was grateful for the energy he received from the crowd and vowed to bring out his best even more.

SF9 Be My Fantasy in Manila wrapped up with an electrifying performance of “O Sole Mio”, hyping up the raving fans who were both happy and sad to send off their beloved k-pop idols.

All throughout the fan meet, SF9 boys exhibited undeniable chemistry and sunny personalities that were visually evident. If we bottled up their happy virus mentality, we could be rich.

They expressed gratitude for the successful fan gathering and wished to see their fans again in the future while on board the plane back to South Korea.

Indeed, it was a fantasy worth fulfilling with SF9 as their fans went home with a wonderful memory to cherish in their hearts.

See more photos from SF9 Be My Fantasy in Manila below. 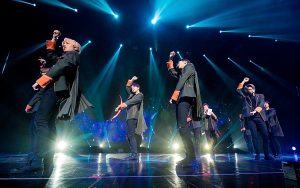 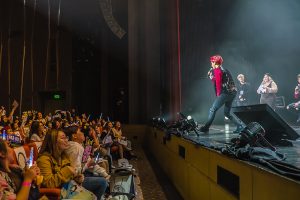 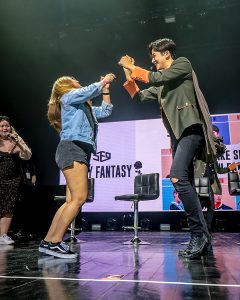 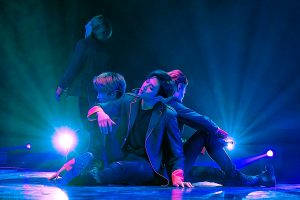 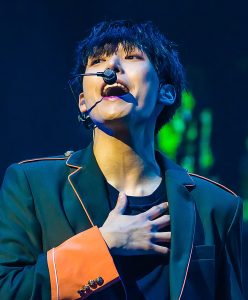 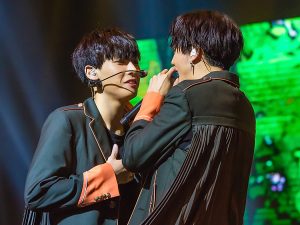 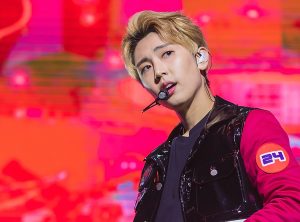 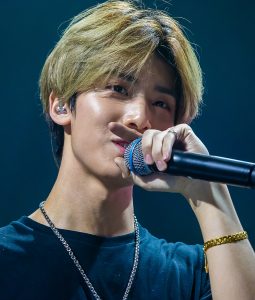 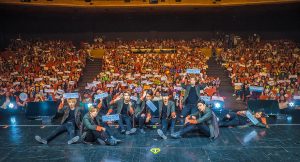 SF9 Be My Fantasy in Manila is brought to fans by FNC Entertainment and IME Philippines. Special thanks to IME PH for the invitation to the fan meeting.

*All photos courtesy of IME PH