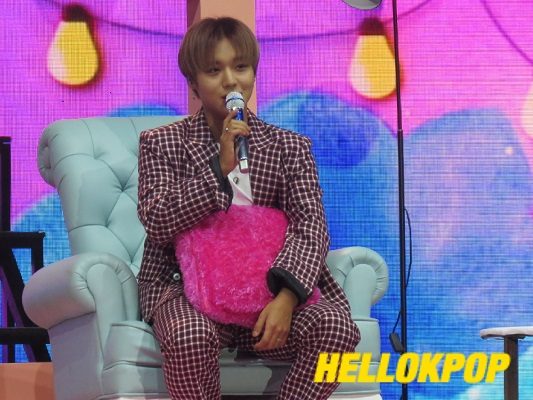 It was indeed a MAYmorable night for the Filipino fans of Park Ji Hoon who joined him for his First Edition fan meeting!

Park Ji Hoon won over the hearts of many Filipino Mays with all the explosive performances and fun activities he prepared for the Manila stop of his First Edition Asian Fan Meeting Tour on March 15, 2019. 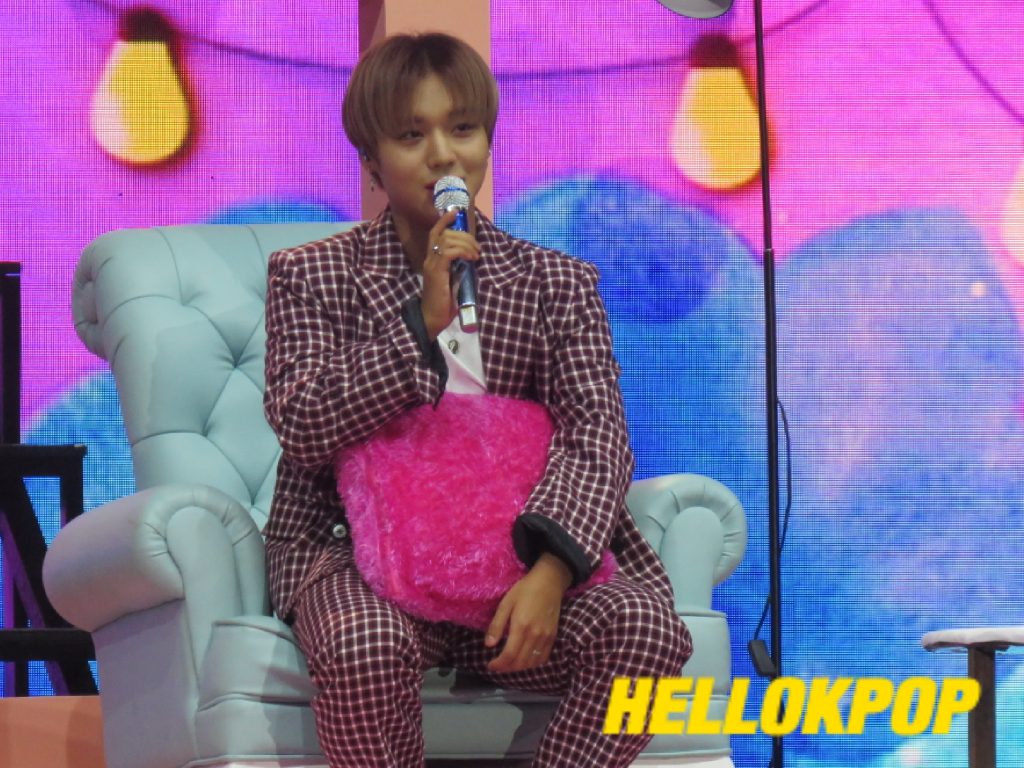 Ji Hoon made the crowd roar with an exciting cover of “Shape of You” as his opening performance. After radiating much power and energy from the extremely “beautiful” dance number, the former Wanna One member tamed down to show his other side as the naturally adorable Wink Boy during the event’s talk portion.

One of the segments that the multi-talented performer prepared for the crowd was “Study Edition: Exploring Park Ji Hoon”, where he tested his fans’ knowledge about him with a quiz based on some personal facts. Through the segment, he revealed that his favourite Filipino phrase is “akin ka (you’re mine)” and that he thinks his “Frozen sister” Ha Sung Woon catches up to his cuteness out of all the former Wanna One members.

The idol also delighted his fans in the country with the local rendition of his popular catchphrase “nae maeum soge jeojang (save you in my heart)” – which he translated to “nakatatak kayo sa puso ko”. The audience cooed at the amplified cuteness he displayed with the personalized aegyo, plus his spot-on pronunciation as well! 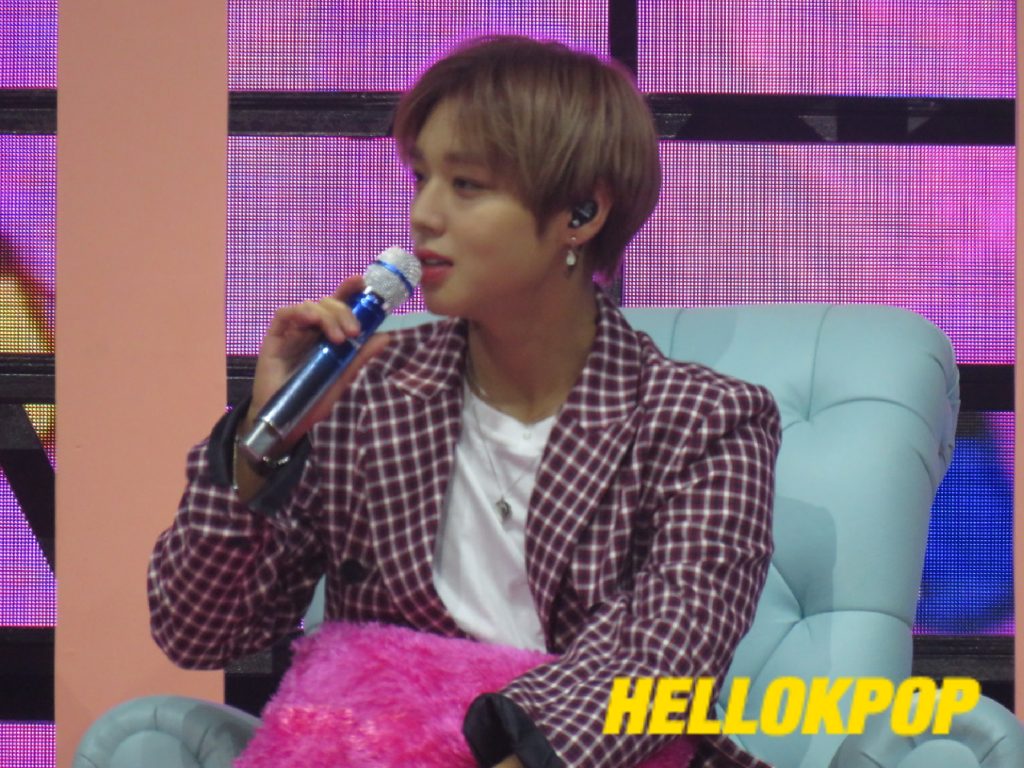 Meanwhile, his Filipino Mays went on a #feels trip after he staged renditions of the Wanna One hits “Eleven”, “I Wanna Have”, and “Hide and Seek” sans his ten former groupmates. At one point of the fan meeting, Ji Hoon also surprised everyone by suddenly getting down on the floor and dancing to a short part of “Day by Day”, another track from his former group.

Knowing how some of his fans in the crowd who supported him during his Wanna One days as well might have felt after witnessing those nostalgic performances, Ji Hoon hyped the crowd back up with his first offering as a solo artist. The singer-rapper-dancer-actor wooed the crowd with “Young 20”, his first song as a solo artist gifted by former groupmate Lee Daehwi, which perfectly captured his youthful energy.

Hey PH Mays! How's D-1 after our MAYmorable night with @Park_Jihoon_twt in Manila yesterday? As for us, we've been watching this video of his #Young20 performance over and over again to remind us of how great #PARKJIHOONinManila was! 💕 pic.twitter.com/1RJo6TlvRu

Some lucky fans got to take home special memories, along with special gifts from the idol himself. Two concertgoers had the time of their lives taking a “cup phone call” with Ji Hoon, who made sure to speed up their heartbeats with his sweet words during their short but one-on-one conversations. Moreover, two other Mays received DIY presents from the idol in the form of tote bags he designed himself on stage, complete with some items he prepared. 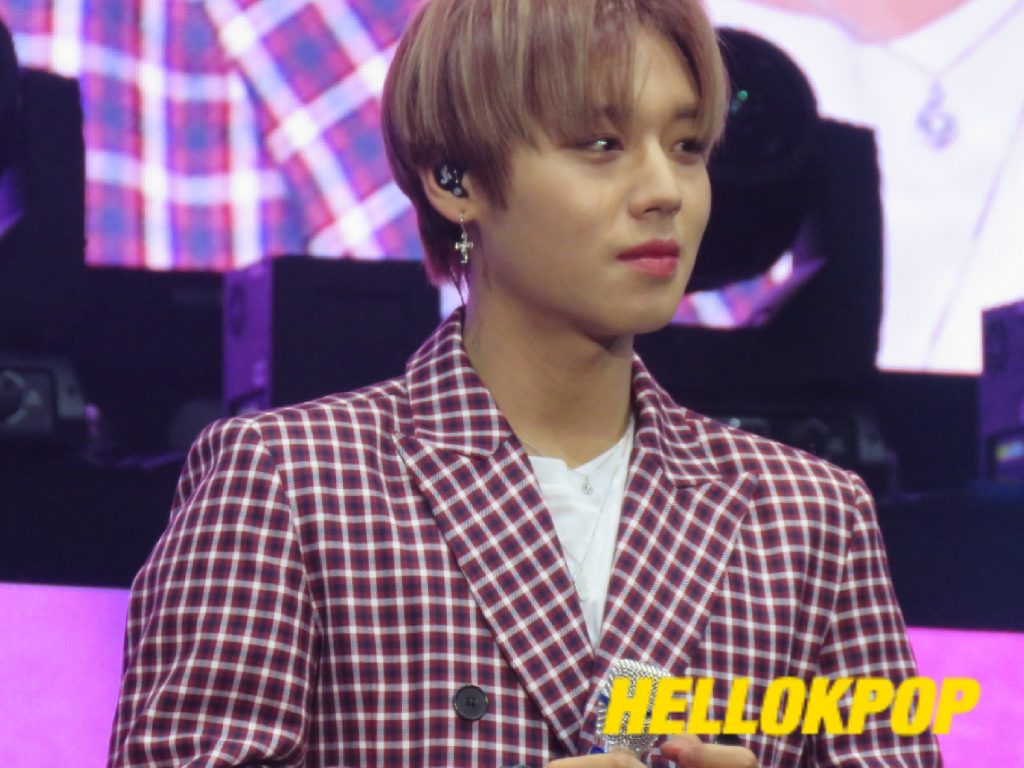 The self-proclaimed gaming master also faced a claw machine challenge and drew out two plush toys he gave to two fans – who surely appreciated the idol’s gift, especially after seeing how he did his best in getting the plush toys after many attempts.

Ji Hoon closed the night with another cover – this time, a powerful and heart-stopping performance of Taemin’s “Press Your Number”. This encore stage was followed by the activities he prepared to get up close to fans, namely the event’s hi-touch, group photo, and send-off sessions, which had everyone going home with the lovely smiles Ji Hoon liked seeing on his fans and many sweet memories of moments with the idol that they captured in their hearts.

Special thanks to PULP Live World for the invitation to the press conference and fan meeting.