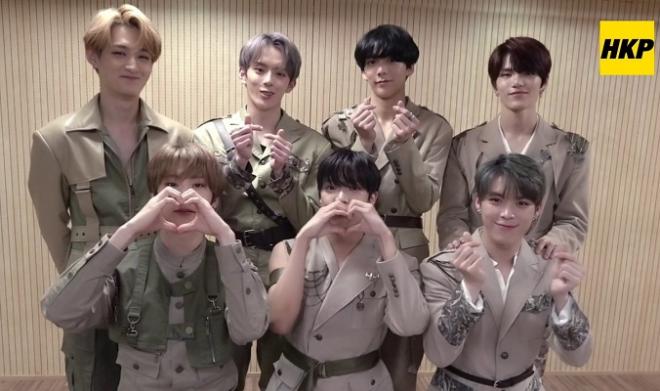 VERIVERY has been impressively proving their mettle as the artists on the rise with their dynamic tunes and show stopping performances. In this exclusive interview with Hellokpop, the group opened up about their burgeoning music and more!

VERIVERY recently released their power-packed new album FACE US. With the new album evidently impressing with its unique sounds and bold style, there is no doubt that the septet is on the road to reign over the K-Pop scene!

VERIVERY has been owning the label – “creative idols”. The group has displayed their all-rounder talents through their music and not just performances. The septet has shown their peerless skills through song composition, writing lyrics as well as their artistic DIY videos. 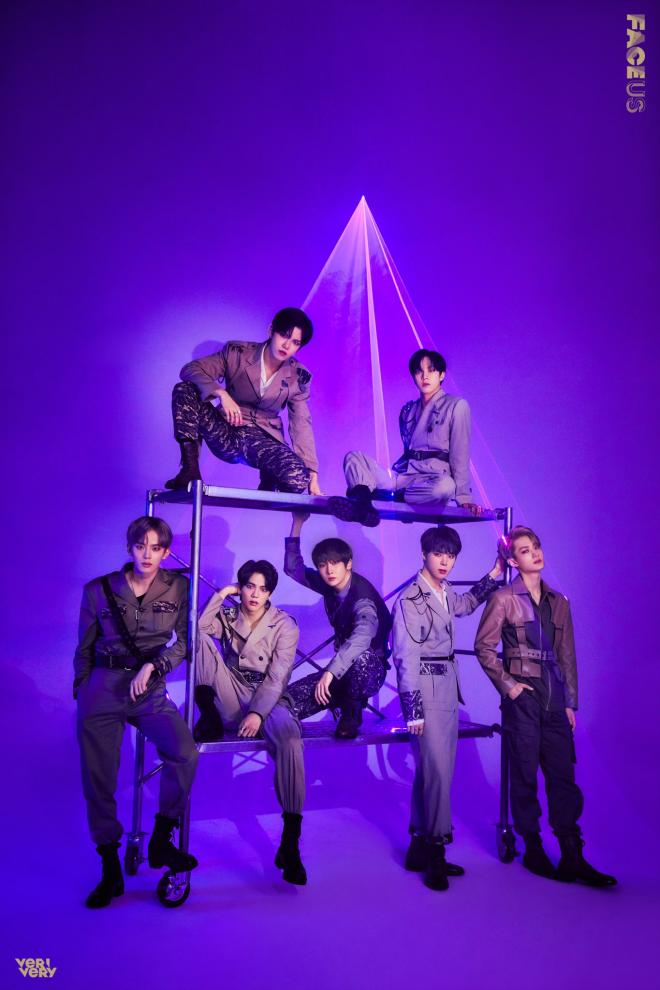 Moreover, VERIVERY’s matchless diverse range of musical spectra is testament to their creative genius from having showcased their growth through several genres, from hip-hop, electro funk and soft, breathy ballad tracks to name a few. Their “FACE it” series particularly highlights this versatility that the group embodies.

The series is absolutely sublime and achieves innovation that spreads true comfort and empathy while leaping to a different level than it is now. The charismatic group seek to deliver this message with their mellifluous music that is truly the need of the hour with the on-going trying circumstances around the world.

In this interview with Hellokpop, VERIVERY elaborated about that and more!

Hellokpop (HKP): You released your 4th mini album FACE YOU in June, and it is impressive to say the  least. Please introduce about VERIVERY’s comeback album, and some points that fans can expect to see from you?

HOYOUNG: Our new album FACE US is the third episode of FACE it series. FACE US contains a story of ‘a whole new world’ that is created by ‘us’, the connection of ‘me’ and ‘you’ from the previous two episodes, FACE ME and FACE YOU. The title track, “G.B.T.B.” demonstrates a bright and hopeful message of together, we can overcome any obstacles and barriers and finally mark a new beginning.

MINCHAN: VERRERs can expect a powerful choreography, and also, we have an original song composed by DONGHEON, GYEHYEON, and YEONHO, so please look forward to it.

HKP: What kind of concepts and genres will we see from VERIVERY in your latest comeback?

GYEHYEON: For this time, we would like to show a more intense and gutsy concept, and please expect even more splendid, exquisite performances as well.

HKP: VERIVERY is known for some dynamic dance moves. Is there a particular thought process that goes behind the choreographies of the songs? How important is choreography in terms of the album’s overall concept?

DONGHEON: We put a lot of efforts on the choreography to suit the overall concept of the album. I think the choreography contains VERIVERY’s ambition of breaking through the barriers and proceeding to a new world which correlates with the lyrics ‘Go beyond the barrier,’ which is the key point.

HKP: What is the highlight that you want to emphasize in this album?

MINCHAN: The highlight of this album that we want to empathize on is “So gravity”, which is an original song composed by our members. It is a really precious and valuable song to us, VERIVERY, because the song has been created based on our stories.

HKP: What significance does the Face it series hold?

HOYOUNG: Until now, the FACE it series consists of three episodes: FACE ME, FACE YOU, and FACE US. While FACE ME illustrated the beauty of the courage to find, feel and face myself, FACE YOU told the story through facing each other; you and I empathize, heal and develop. Then, the third episode, FACE US, highlights the connectivity in our society, and how we can overcome and move beyond the barriers. We believe that the FACE it series correlate with the current situation, and we hope everyone could help each other and overcome this hardship.

HKP: Going ahead, what kind of concepts would you like to experiment with?

KANGMIN: I want to try a calmer, yet sexier concept in the future.

HKP: Where does VERIVERY’s musical inspiration come from?

DONGHEON: I believe that VERIVERY’s musical inspirations come mostly from our fans, VERRERs, and from our members.

HKP: Which artists would you like to collaborate with?

YEONHO: We really want to collaborate with Troye Sivan or Lauv, whose songs we previously covered in VERIGROUND.

HKP: What does VERIVERY’s music making process look like?

GYEHYEON: First of all, when we decide on the theme or a subject of the story that we want to produce, we compose a melody or a track. Then, when the first draft is done, we record a guide version. That’s how we usually work.

HKP: Listening to your discography, you have experimented with a wide spectrum of sounds from electro pop, hip-hop, soft tracks even, so do you generally set a mood/ topic first and then arrange or compose music or is it the other way around?

DONGHEON: We often decide on the topic or mood first to start on songwriting. I think I work on songs based on the moments of I’ve touched or impressed through movies, dramas, songs, or some episodes with our fans.

HKP: What songs would you recommend to international listeners as an introduction to your music?

YEONHO: I want to recommend either our original composition called “Moment” from the previous album or another original song called “So gravity”, which is featured in this album [FACE US]. 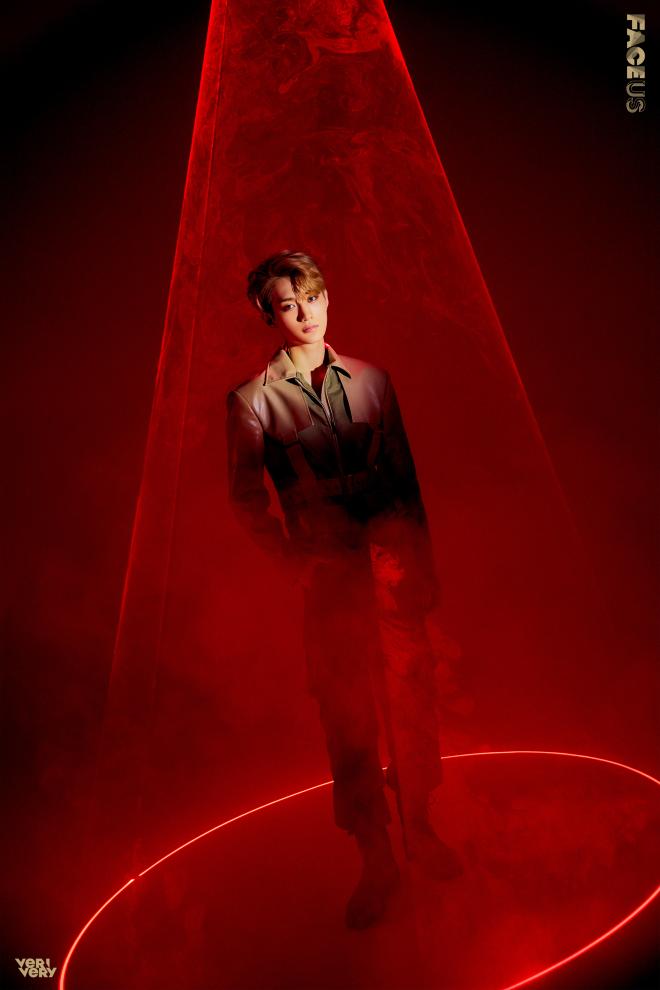 HKP: Since face to face interactions have been limited during the COVID-19 pandemic, would you be holding any special activities to provide ease to fans?

GYEHYEON: We held an online fan-meeting lately, and through that event, we had a chance to spend happy times with our fans. Even though it is a bit sad that we couldn’t meet in person, we are considering various ways to meet through online, so don’t be so sad and please wait for us.

HKP: You are known to create fun DIY music videos. Tell us more about how the idea to create separate versions of your music videos came forward?

MINCHAN: To be honest, I first got to know about video editing through assignments from our CEO. After I sharpened my skills on video editing, I was very interested. And since my skills had improved a lot, that’s what encouraged me to produce the DIY contents.

HKP: We recently saw some of the most power packed performances from you in Road To Kingdom. Tell us about your experience of being in the show and coming up with these captivating concepts?

YONGSEUNG: Firstly, we showed various performances in Road To Kingdom as you mentioned, and I think we learned a lot not only from our performances but also from the other competitors on the show. Based on what we have learned in the program, we are working hard to show better performances, so it would be very appreciated if you could keep your eyes on us!

HKP: Lastly, what message would you like to give to your fans who are waiting to see VERIVERY?

DONGHEON: Although we cannot meet each other, and it is restricted to visit other countries, we will always work hard to show great performances and various activities to our VERRERs, who always wait for us, so please show us your love and support. Also, we would like to say thank you for your infinite support and love for us. We love you.

Meanwhile, VERIVERY has unveiled their glorious comeback album FACE US. Moreover, the group will be showcasing electrifying performances in the annual K-pop concert KCON:TACT Season 2 as well.

Watch the video interview below:

All photos in this feature were provided by Jellyfish Entertainment. This interview was conducted in Korean and was translated by the agency into English.