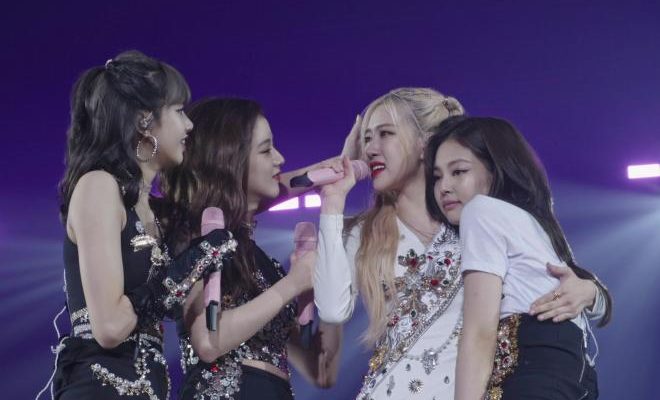 BLACKPINK plans to share positive energy and tell the true story behind their unwavering success in upcoming Netflix documentary!

A little more than one week since their first full album came out, BLACKPINK will be achieving yet another major milestone in their entire careers by releasing its highly-anticipated documentary “BLACKPINK: Light Up The Sky.”

The documentary contains never-before-seen footages of BLACKPINK’s formation years – from childhood to trainee days – and clips from their recent recording sessions and world tours, giving fans a glimpse of their real life beyond the glitz and glamour.

“[Light Up The Sky] tells the process and the journey that we went through to become the BLACKPINK that we are today,” Rosé said during an online global press conference for the documentary held on Tuesday, October 13. 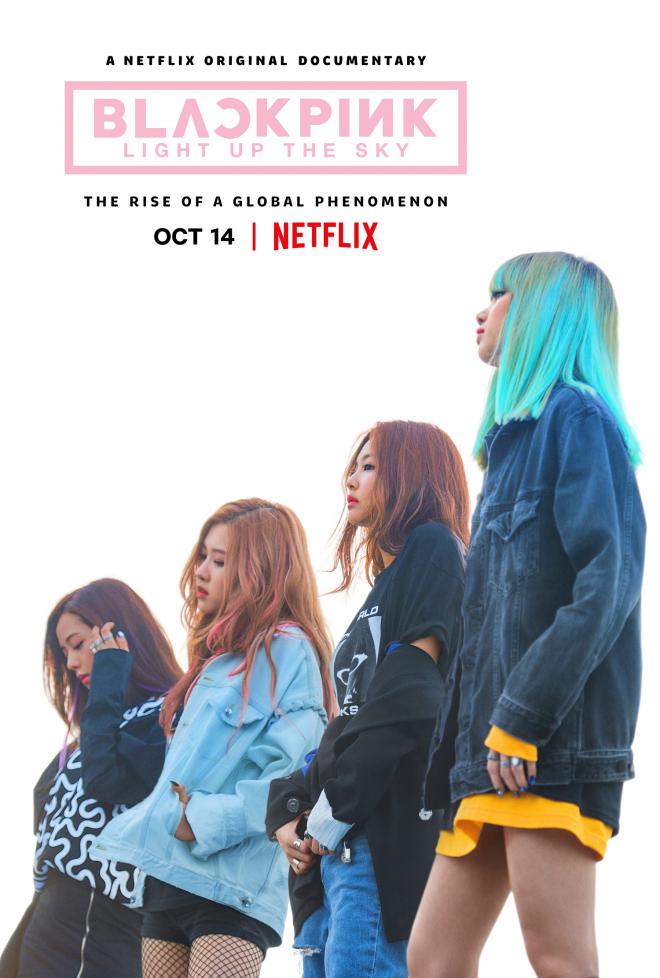 The girl group’s main rapper, Jennie, also said that the documentary became a way for the members to get closer to each other and to their lovely BLINKs.

“We were able to see each other grow and we were able to share all of our emotions in the world throughout this journey…. When we were shooting the film, I believe that we were able to bring out some of the more playful and girly aspects of ourselves, which made our bond and relationship stronger,” she said.

Directed by Caroline Suh, who gave character to the 2018 series Salt Fat Acid Heat, Light Up The Sky traces the respective journey of four sensational women from being trainees to debuting as one of the most iconic Korean girl groups of all time.

“We started out on this project thinking we wanted to show a more honest, genuine side of ourselves. Through having heart to hearts talks and through very honest conversations, we got to know each other even deeper,” said Jisoo, the group’s eldest member.

“I think we realized just how much we mean to each other. And for BLINKS, we really wanted to share more of us with them and that’s why we started this project,” Jisoo added. 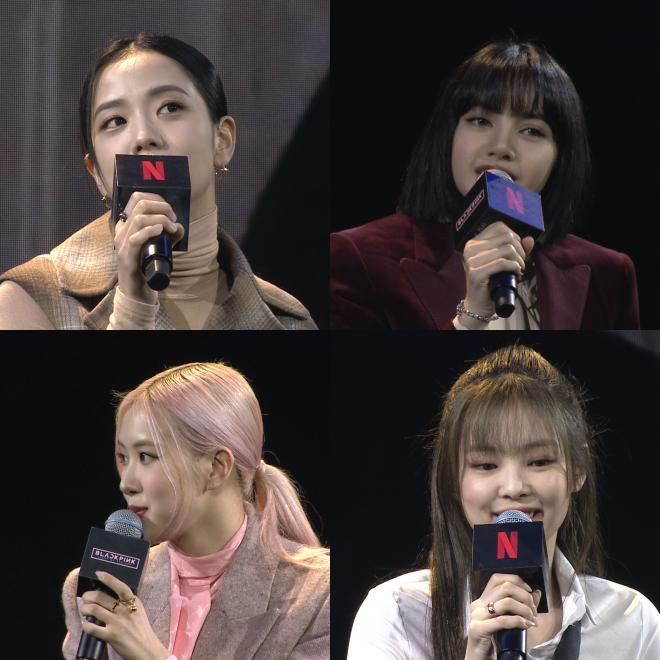 For Suh, the documentary lets the audiences to see BLACKPINK in a different and much more humanistic light, different from the personas they carry on-stage.

“We were interested in telling the story of how [the group] came together and what is it like to become a part of this huge phenomenon… We wanted to tell the story from the point of view of the members, their thoughts on what that journey was like,” said Suh, who was also present at the presser.

Despite having no idea on what K-Pop is at first, the renowned Korean-American director shared that making the documentary was very positive, interesting and fun.

“It was such a pleasure to work with them,” she said. “They have spent so much time together that they look like sisters — like family. I hope that people get to see the more personal, individual sides of the members through this documentary.”

ON FILMING AND CREATING MEMORIES

Adding to their long list of accolades, BLACKPINK will be the first K-Pop group to star in a Netflix original content that features global music icons.

“It’s an honor to be in line with the global female artists such as Taylor Swift, Beyonce, Lady Gaga. The four of us have come a long way and we will continue to work hard to show more of us to our fans,” Jisoo said. 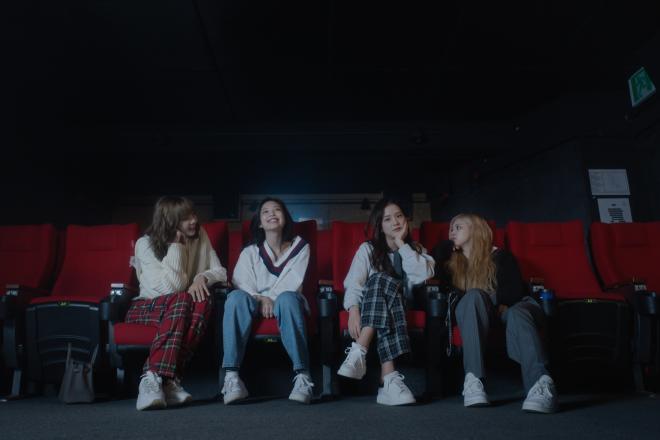 When asked about the filming process, Lisa said that it was awkward at first to be trailed around by a camera crew all the time but they eventually got comfortable with it later on, all thanks to the warm atmosphere created by Suh.

“We would forget that there was a camera filming crew shooting us and would start get more playful,” the group’s youngest member said.

“I also don’t think anything was particularly difficult, I think we just had a lot of fun. I really hope people enjoy seeing it,” she added. 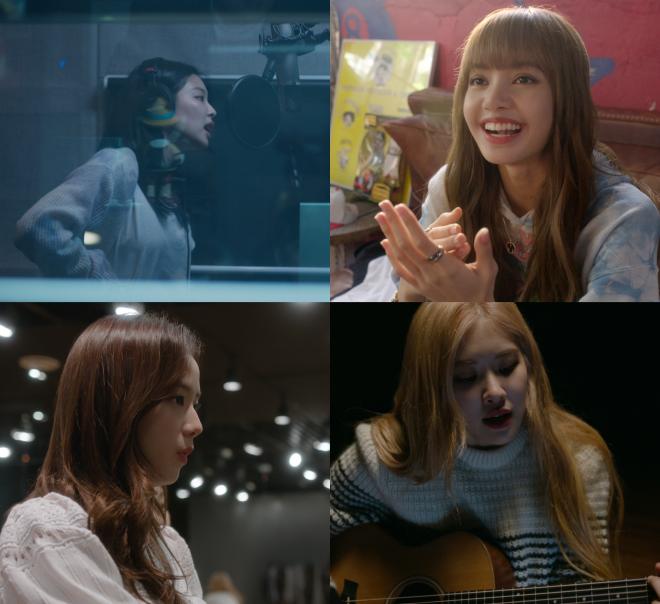 With such huge project, it was necessary for the girls to feel at ease while filming and speaking the language they are most comfortable with helped them to reveal their innermost feelings.

Coming from diverse cultures, Rośe spent most of her childhood in Australia, while Jennie grew up New Zealand. Lisa also originated from Thailand and Jisoo was born and raised in South Korea.

“We can speak in any language and we understand each other. We are the world, literally!,” Jennie said.

WORKING TOGETHER IN HARMONY

While filming a documentary can be huge responsibility, Jisoo, Jennie, Rosé and Lisa also made some wonderful moments with Suh, who made them all feel “very comfortable.”

“We talked very often to sustain that kind of environment and that really helped bring a lot more of our natural aspects; I would like to thank her for that. I think she’s really cool,” said Rosé. 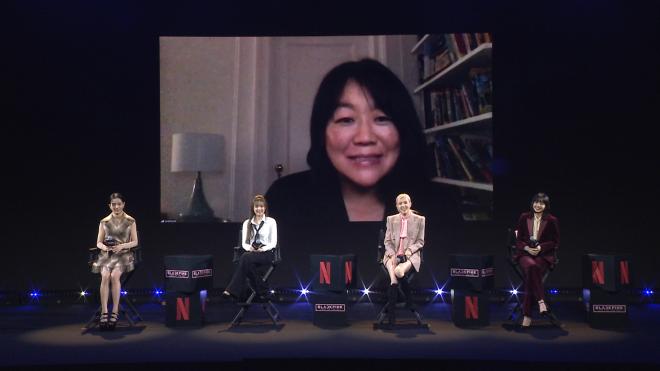 Meanwhile, Suh shared that her team spent hundreds of hours going through the girls’ old videos and photos to find the perfect ones that could go well with the theme they want to express.

“We were lucky that YG [Entertainment] had filmed so much of BLACKPINK during the training years, and before performances and backstage,” the director said.

During the shoot, Suh shared that she was most surprised and impressed by the group’s tenacity to achieve their dreams and goals.

“I think something I learned about their story was that their success is a very hard one, they worked very hard for it and each one of the members is very strong-willed and fierce,” she said, referring to BLACKPINK. “They’re also very supportive of each other. And that’s very real. I can see that from spending time with them.”

In the documentary, the group did not only focus on revealing their most genuine thoughts and unfiltered selves; they were also able to recount precious memories they spent with one another.

“All four of us had a very clear purpose that we wanted to achieve as members of BLACKPINK. With every moment that we went through together to achieve that, we wanted to make sure that none of us became tired of it,” Jennie said.

Asked about what advice would she give to her trainee self, Jennie said it would be to just “enjoy the moment.”

“At that time, I didn’t know how to do that because I was desperate to do well during the monthly evaluations. Because of those days, we are doing well now, and that’s how BLACKPINK exists today. So I want to tell myself that if I work hard, I’ll become BLACKPINK,” she added. 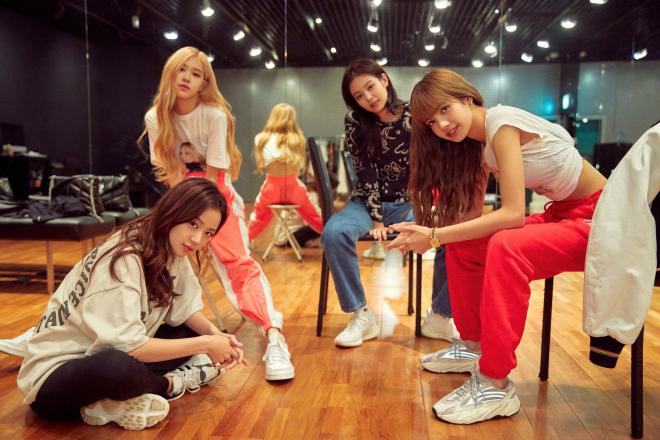 Jisoo also expressed her sentiments on how the group’s perspective about stardom and music has grew changed over the years.

“In the past, we were trying to achieve something for ourselves. After we debuted, there were a lot of people who were watching us so we tried to satisfy a broader audience,” she said. “A lot has changed, but what the four of us want — our objective, our path — I think remains unchanged.”

For Lisa, who became a source of inspiration from millions of fans all around the globe, it is important for the young people who want to follow their footsteps to stay committed to what they want to achieve in their lives.

“I think the most important thing is to find what you truly love and always have confidence in yourself. Take care of yourself and love yourself,” she said.

From smashing records left and right to dominating the music industry with their amazing artistry, Jisoo, Jennie, Rosé, and Lisa remain determined to continue taking the path they worked for and achieving the goals they’ve set together.

“We want to continue to challenge ourselves and discuss new things that we want to show to the world. Because music has now become a very extended form of art, we want to provide the best of that to our fans,” Jisoo said.

BLACKPINK, who becomes unstoppable with each musical release, still hopes to continuously grow and be more adventurous with every content they come up with.

“We’ve been thinking about what else we can do next, and since we’ve shown how music is extendable content, we would like to delve more into that. Ten years from now, I think we’ll be having a meeting without losing our own style,” said Jisoo.

BLACKPINK: Light Up The Sky is set to premiere on October 14 via Netflix.

Hellokpop thanks Netflix for the media conference invite.

FacebookTwitter
SubscribeGoogleWhatsappPinterestDiggRedditStumbleuponVkWeiboPocketTumblrMailMeneameOdnoklassniki
Related ItemsblackpinkBLACKPINK Press ConferenceBlackpink: Light Up The SkyLight Up The Sky
← Previous Story Golden Child Scored Its First Win For “Pump It Up” On SBS “The Show”
Next Story → BTS Makes History with “Dynamite” and “Savage Love” On the Billboard Hot 100