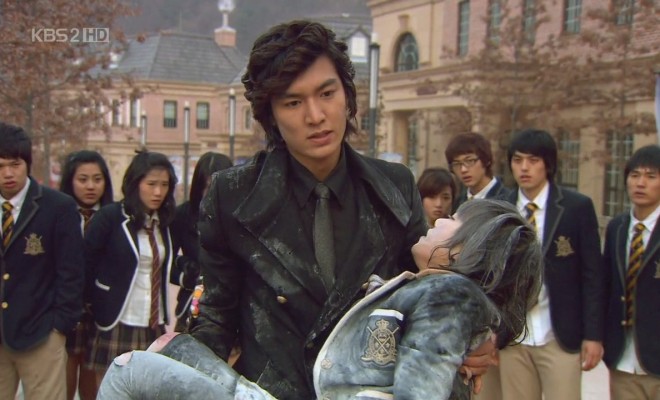 11 K-Dramas You Must Watch At Least Once

I must admit, there’s a lot of good K-dramas out there and finding what to watch next might be hard. So, here’s a list of dramas you must watch at least once or you are seriously missing out.

All of the dramas below have somehow made an impact on the Hallyu wave, so you can be certain that they’re good. Just assume that they have a 5/5 rating, because they’re that damn good! The synopsis provided below are from Drama Wiki.

Let the hellokpop Community know HERE which ones you have watched and what other dramas you recommend! 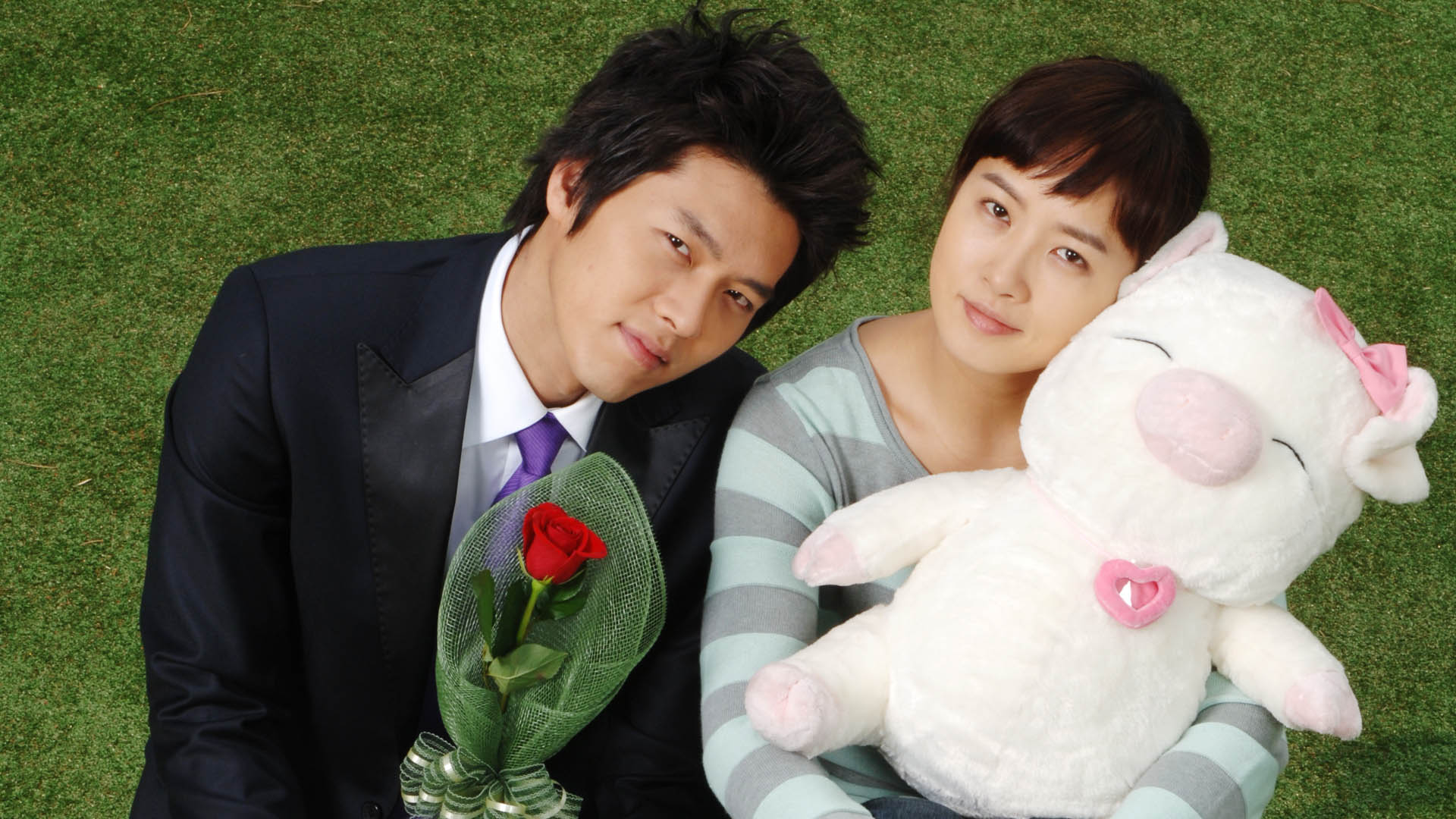 Kim Sam Soon (Kim Sun Ah) is a baker who has a talent in making pastries and cakes. On Christmas Eve, she caught her boyfriend, Min Hyun Woo (Lee Kyu Han), cheating on her and breaks up on the same night. On that same night, she accidentally went into the men’s restroom and met Hyun Jin Hun (Hyun Bin), a somewhat callous fellow but sometimes considerate guy.

By sheer coincidence, Jin Hun needs a baker for his restaurant Bon Appetit and Sam Soon is unemployed. Sam Soon is hired as the restaurant’s chief baker and the two fights like cat and dog. Nevertheless, they started to have feeling for each other and Sam Soon agreed to post as Jin Hun’s girlfriend so his mother would leave him alone. Things got complicated when Jin Hun’s ex-girlfriend Yoo Hee Jin came back from the States intending to win him back. 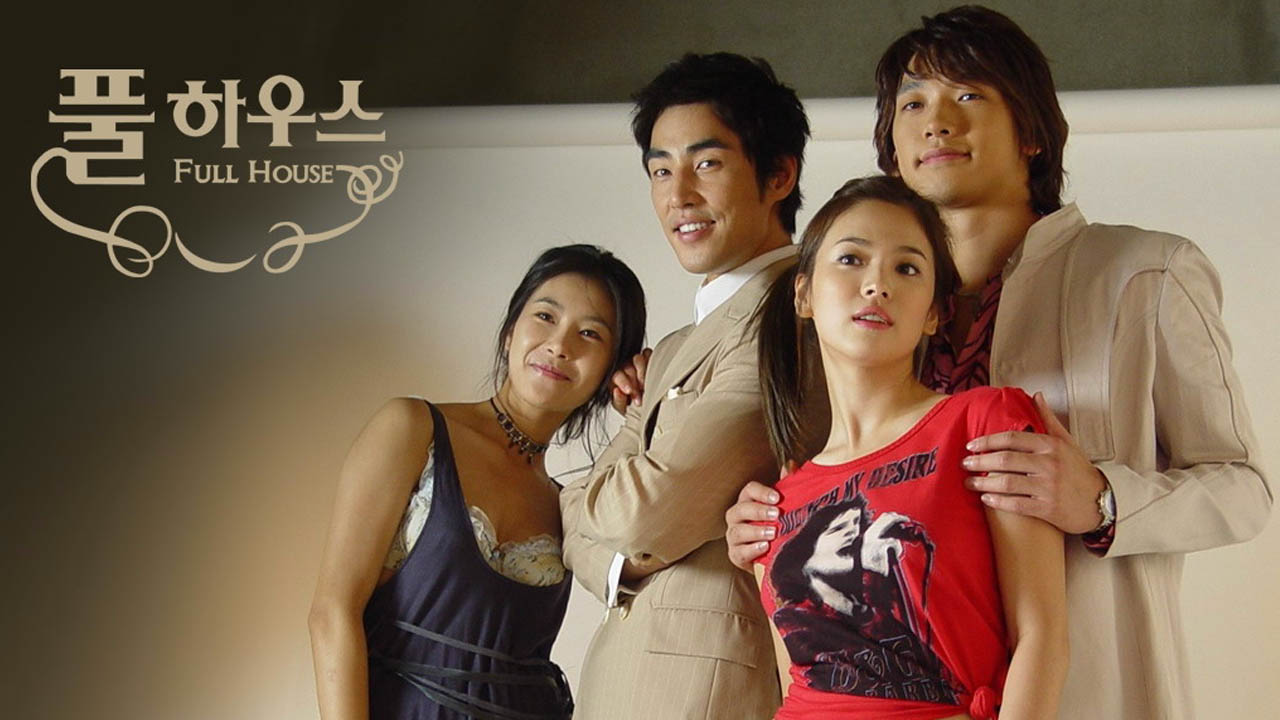 Han Ji Eun (Song Hye Kyo) is an innocent woman who gets swindled by her best friends in need of money. After a few unfortunate encounters with top actor Lee Young Jae (Bi), Ji Eun finds out that her house was bought by said actor.

Young Jae has been in love with his best friend, Kang Hye Won (Han Eun Jung) for more than a decade but she has her eyes on Yoo Min Hyuk (Kim Sung Soo), their senior. After growing tired of waiting for her to come around, Young Jae proposes a contract marriage to Ji Eun in order to spark some jealousy and get the media off his back. In an attempt to earn back her house, Ji Eun agrees to be his wife for a year. But as they live together, they start to learn what it means to live a married life, genuinely care for one another and have each other’s back when they’re up against the world. 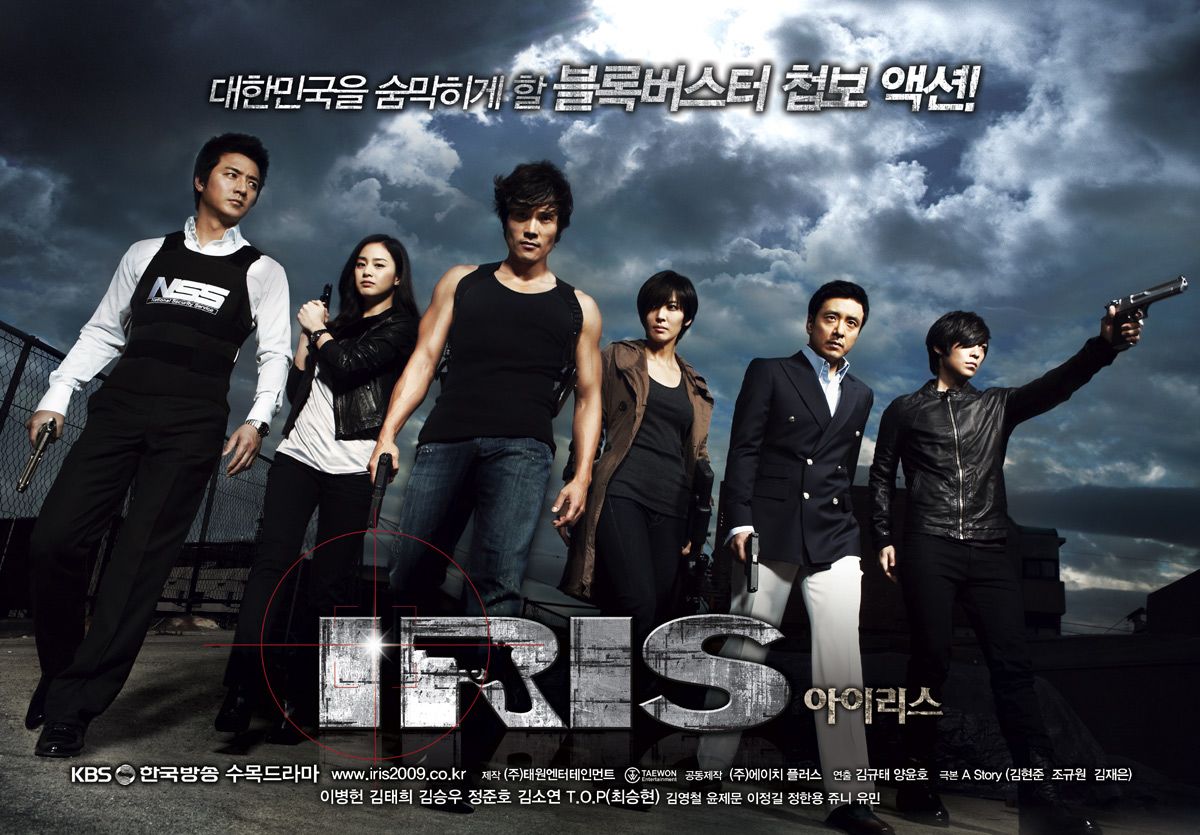 Kim Hyun Joon and Jin Sa Woo are best friends who were brought into a top secret organization known as NSS by analyst Choi Seung Hee and Park Sang Hyun. Hyun Joon and Sa Woo both fall in love with Seung Hee when she first profiles them. Their lives are changed forever when Hyun Joon is given a solo mission in Hungary. Hyun Joon later tries to find out who set him up and to figure out what IRIS is and wants. 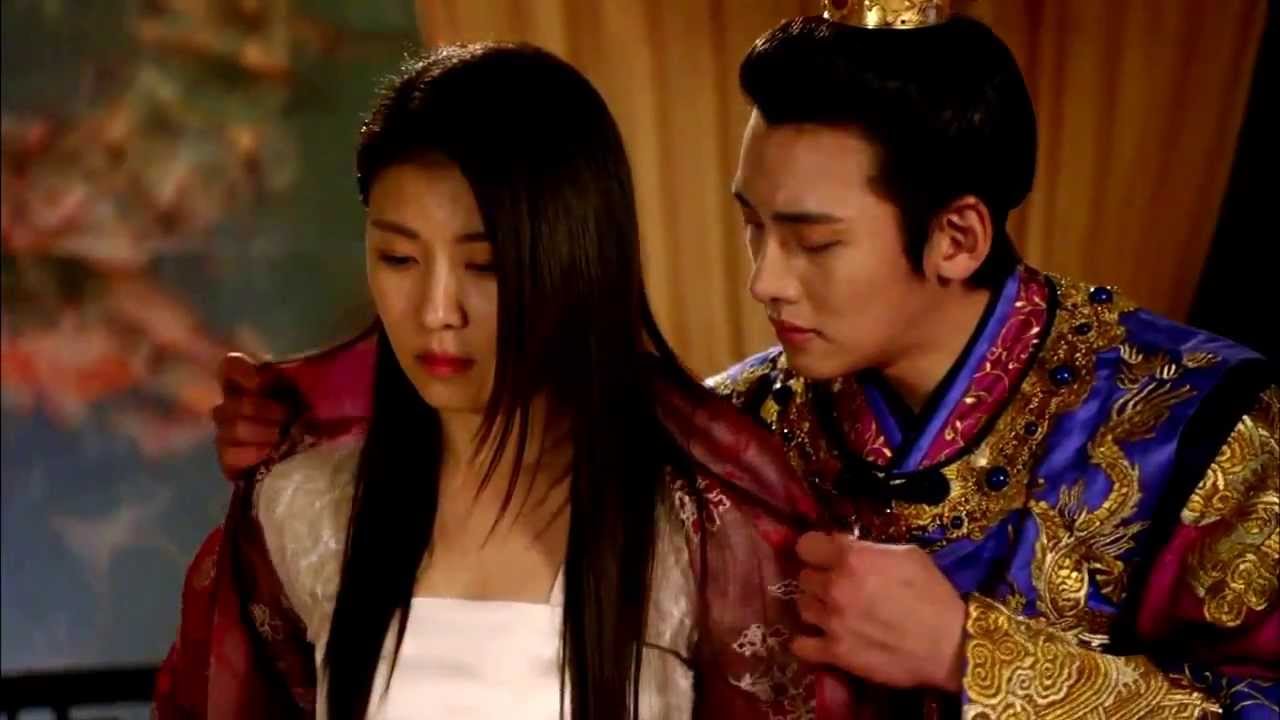 The series revolves around Ki Seung-nyang, a Goryeo-born woman who ascends to power despite the restrictions of the era’s class system, later marrying Emperor Huizong to become an empress of the Yuan Dynasty. The series depicts her loves and political ambitions as she is torn between the two nations. 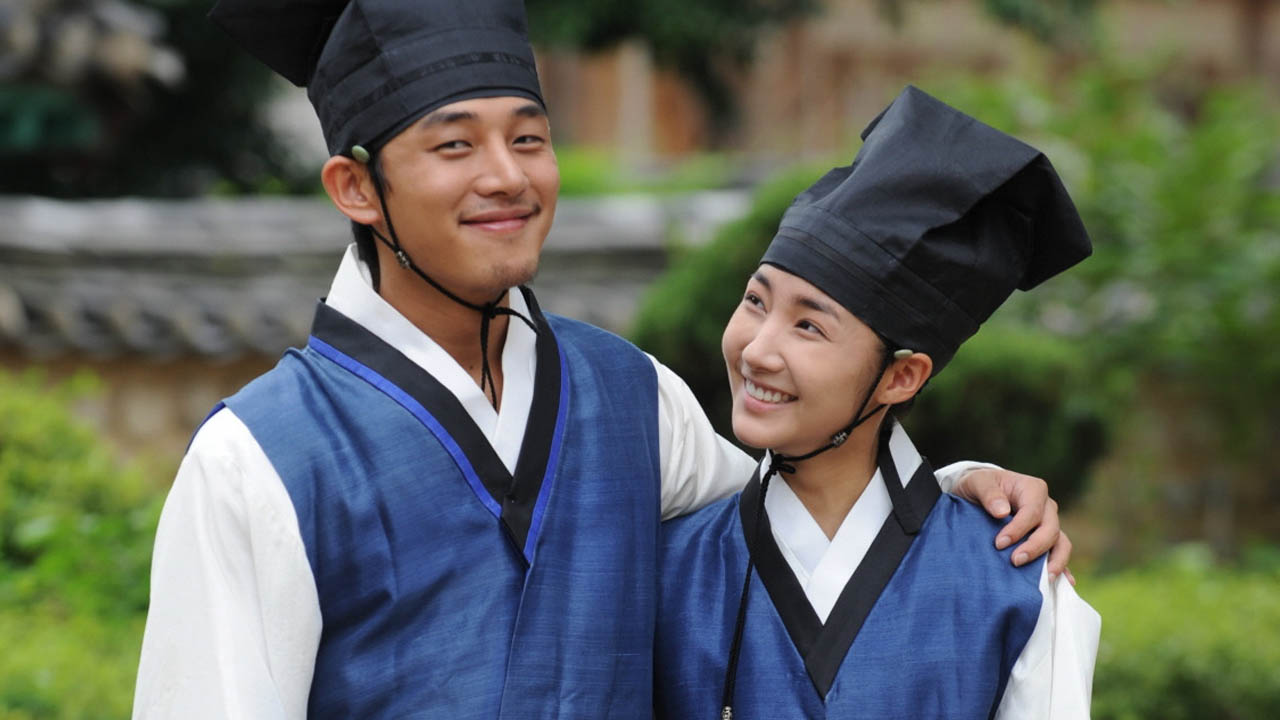 Sungkyunkwan Scandal is set in Sungkyunkwan University in the late Joseon era during the reign of King Jeongjo, revolving around the exploits and love stories of four youths. When her younger brother’s illness worsens and their family is in danger of being evicted from their house for lack of money, Kim Yoon Hee enters the school under his name, disguised as a boy in her desperation to support him. There, she becomes friends with the intelligent and upright Lee Sun Joon, the playboy Goo Yong Ha and rebellious Moon Jae Shin. 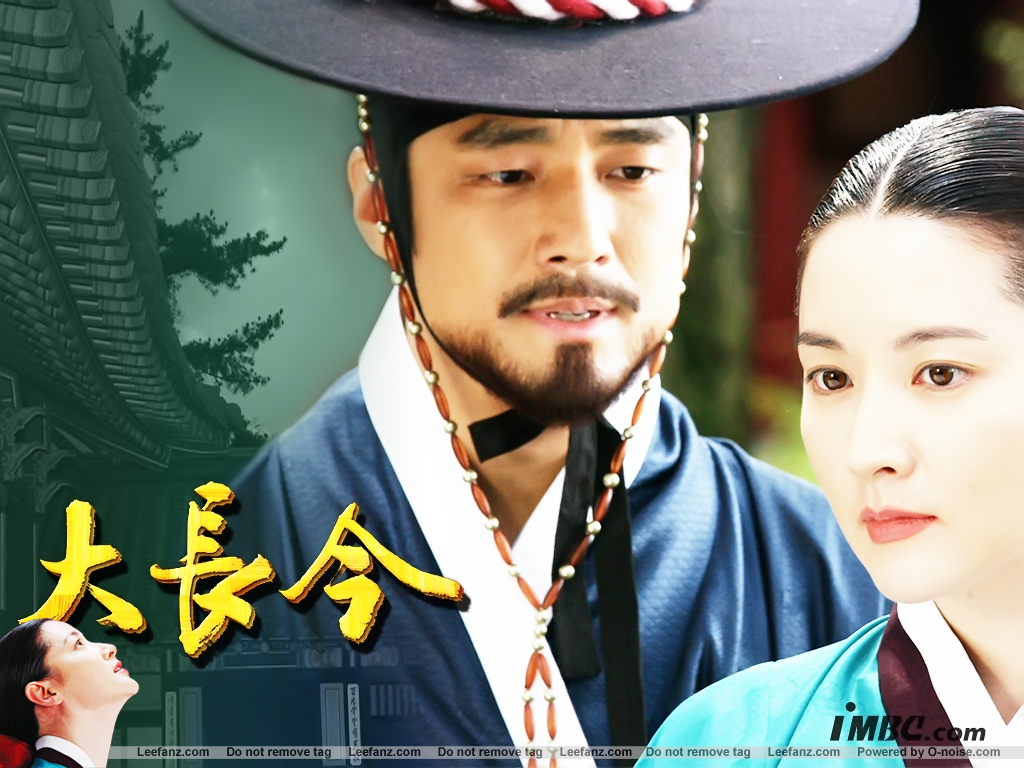 About 500 years ago during the time of Chosun Dynasty, Korea boasted a rigidly hierarchical and male dominated social structure. Set in this period, “Jewel in the Palace” is based on a true story about a legendary girl (Jang Geum) who became the first woman to be the supreme royal physician of her times.

Despite her poor condition as a low class girl in the male dominated society, Jang Geum overcame a series of social discrimination and landed herself as a royal cook, later becoming the royal physician, then ultimately the physician in charge of the king. She was even given by the king the title “The Great Jang Geum.” The story of her checkered life on her success and breakdown as well as her love story beautifully unfold. “Jewel in the Palace” is sure to touch your heart. 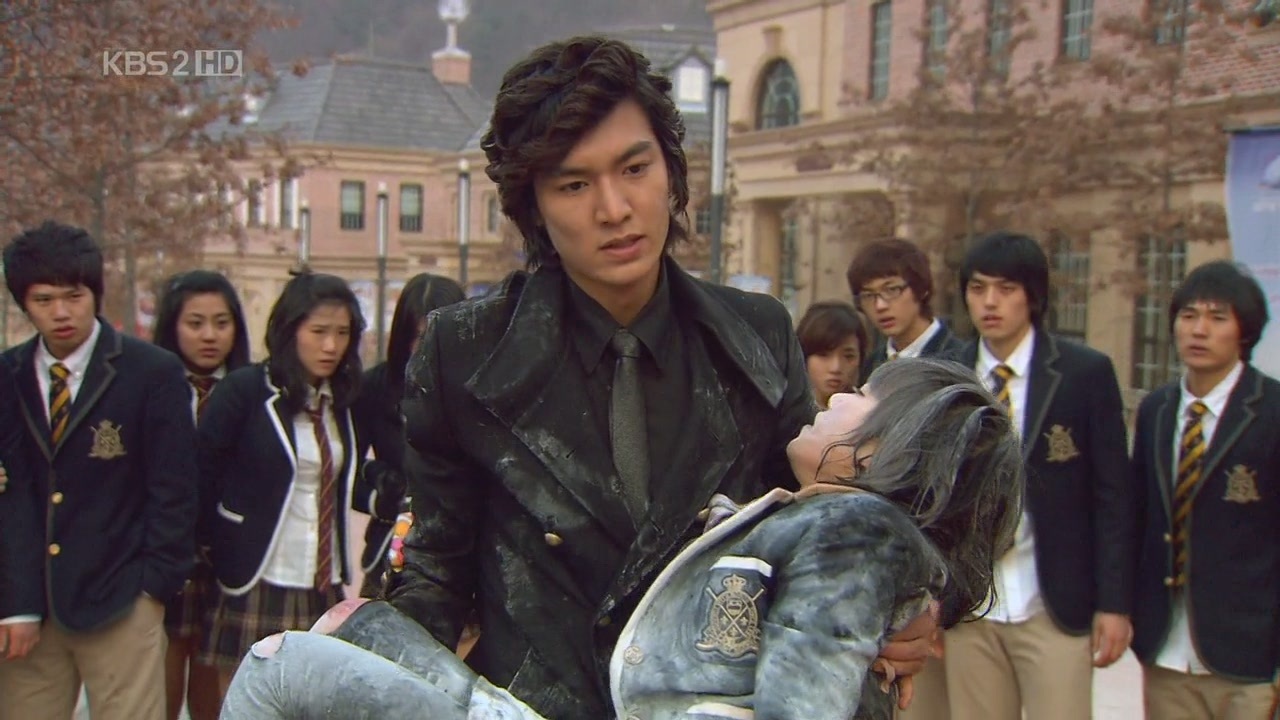 Geum Jan Di is an ordinary girl whose family owns a dry cleaning store. While delivering dry cleaning to a student at the prestigious Shin Hwa High School, she saves his life by stopping his attempt at jumping off the roof and is given a full swimming scholarship.

She attends Shin Hwa High and soon is terrorised by the leader of F4 (the four richest and most popular boys at the school) Gu Jun Pyo. Although Jun Pyo persists on bullying her, he begins to find himself attracted to Jan Di. However, Jan Di has a crush on Yoon Ji Hoo, Jun Pyo’s best friend.

When she realises that Ji Hoo is merely a close friend and that she really loves Jun Pyo the couple are thrown into a dilemma as Jun Pyo’s mother sets out to break them up and find a more suitable match for her son. 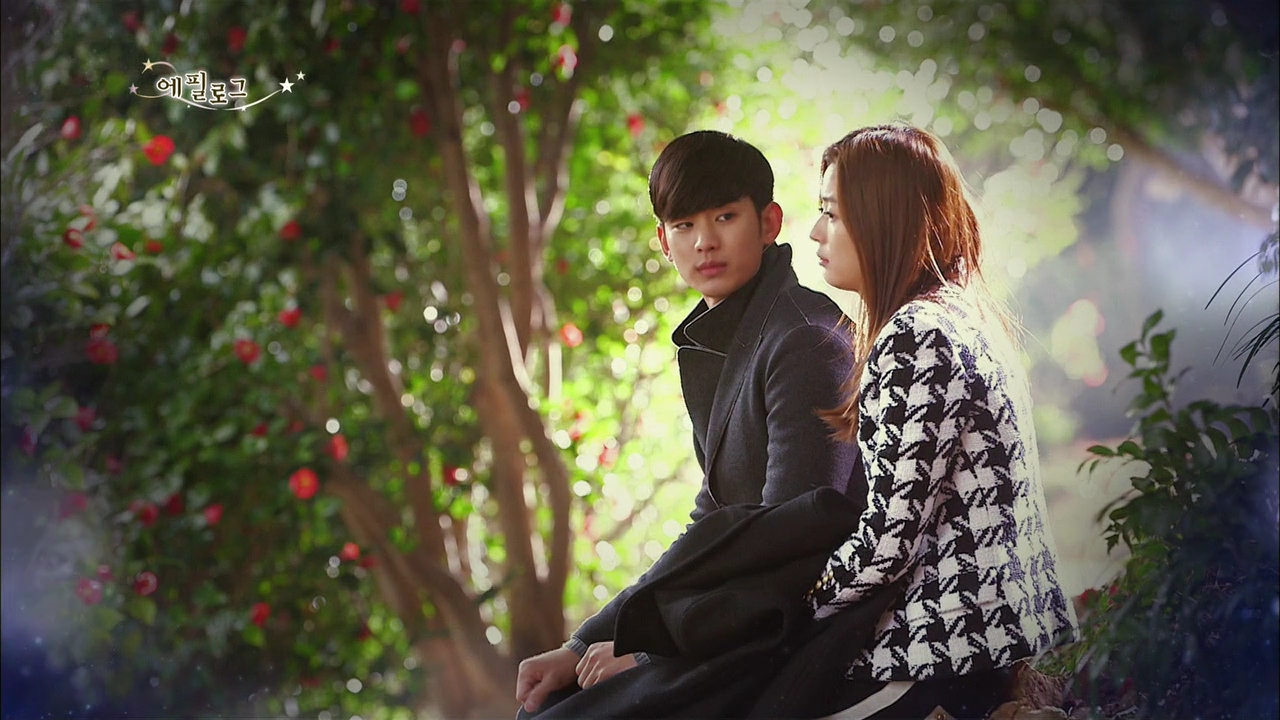 Do Min Joon is an alien who came to earth in 1609 and lands in the Joseon era, then lives through the next four hundred years to the present day where he works as university professor and falls in love with a haughty top hallyu actress, Chun Song Yi. 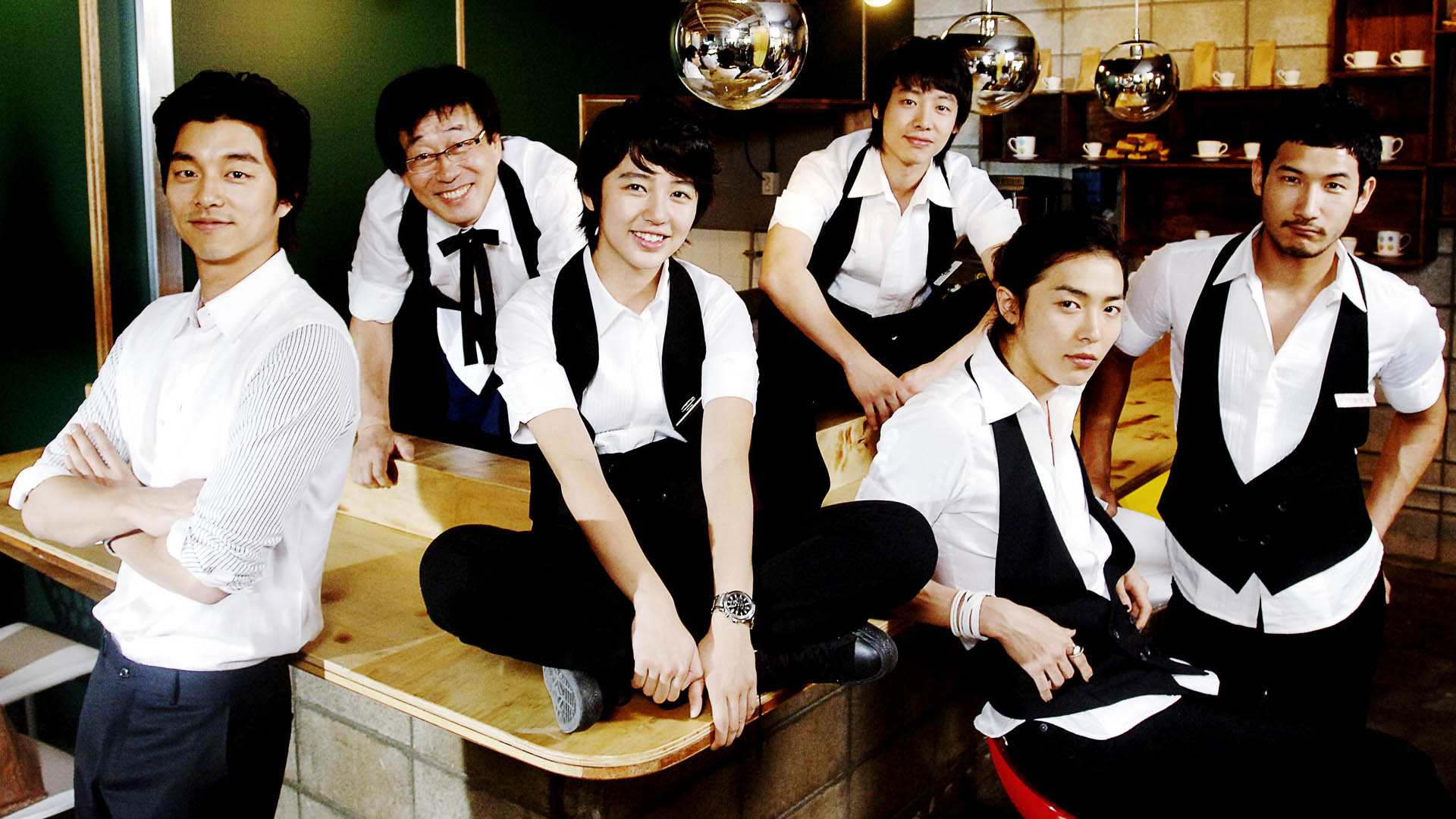 The life of Go Eun Chan (Yoon Eun Hye) is not easy; she works many jobs to pay off debts and even gave up her feminine image. Choi Han Kyul (Gong Yoo) is the heir of a big food company, but his grandmother wants him to settle down, so she arranged many dates for him. After Eun Chan bumped into Han Kyul and was mistaken for a boy, Han Kyul decided to hire Eun Chan to be his gay lover in order to avoid the arranged dates.

Desperately in need of money, Eun Chan had no choice but to accept. Han Kyul’s grandmother also made Han Kyul in charge of a filthy coffee shop in danger of being bankrupt. Eun Chan begged to work at the coffee shop, and not long after, feelings start to spark, except, how would Han Kyul accept his situation? 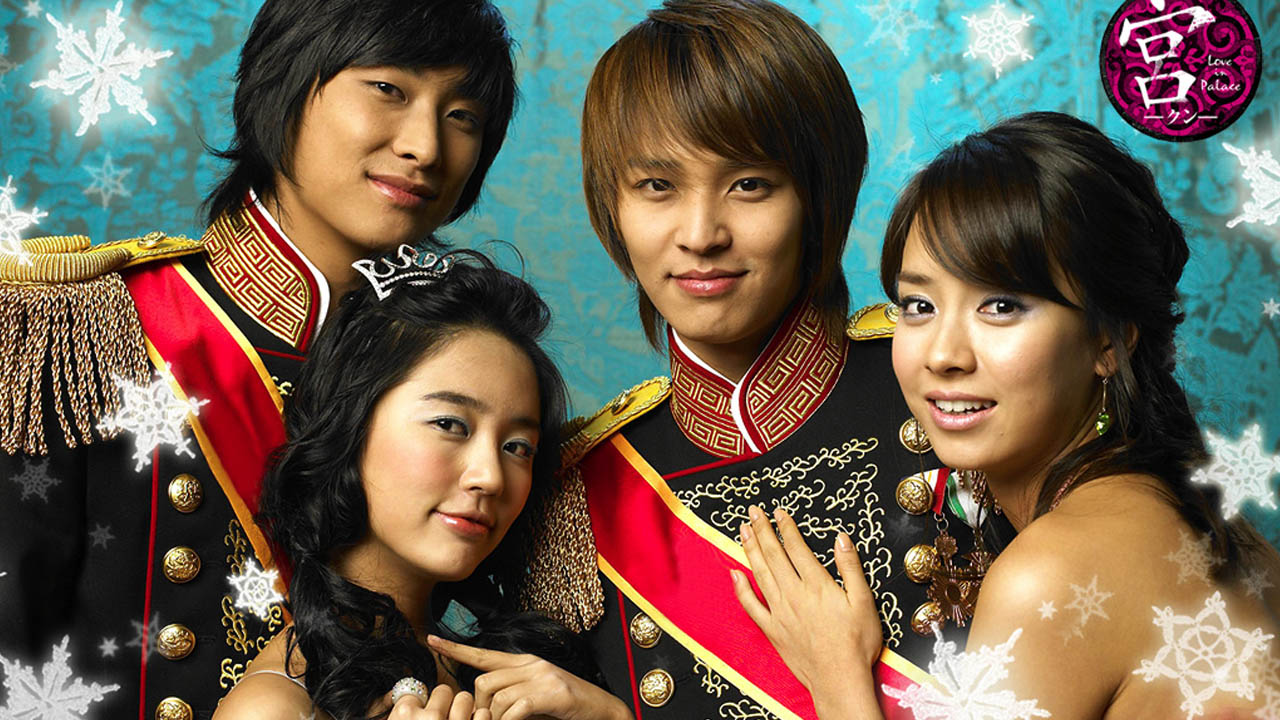 Goong is a story about young love in face of tradition, politics, and intrigue. In the imaginary world, modern-day Korea is a constitutional monarchy and the Royal Family lives in a grand Palace, the Goong. Story opens with the sudden death of the reigning the King. Faced with the decreasing popularity among the public for the Royalty, a grand wedding for the Crown Prince, Lee Shin, is decided to be the best publicity move to improve the image of the Royalty and at the same time prepare Shin for immediate succession. The intended bride? The headstrong, awkward, and sweet spirited Shin Chae Kyung that just happens to go to the same exclusive art school. Chae Kyung was betrothed to become the next Crown Princess by her grandfather and Shin’s grandfather.

After 14 years of living in England with his mom, Lee Yul appears all of a sudden. He is Shin’s cousin as well as the former Crown Prince. Everything seemed to be going normally until Chae Kyung’s optimistic spirit wins the heart of internally lonely, Yul. As the Crown Prince Shin and simple-minded Chae Kyung’s relationship appear to developing deeper feelings, a series of scandals are exposed to the public right after the pair were officially announced married. Will love prevail all in a world of political pressures and martial hardships? Or will being in the spotlight of the public be too much for the young newlyweds to endure? 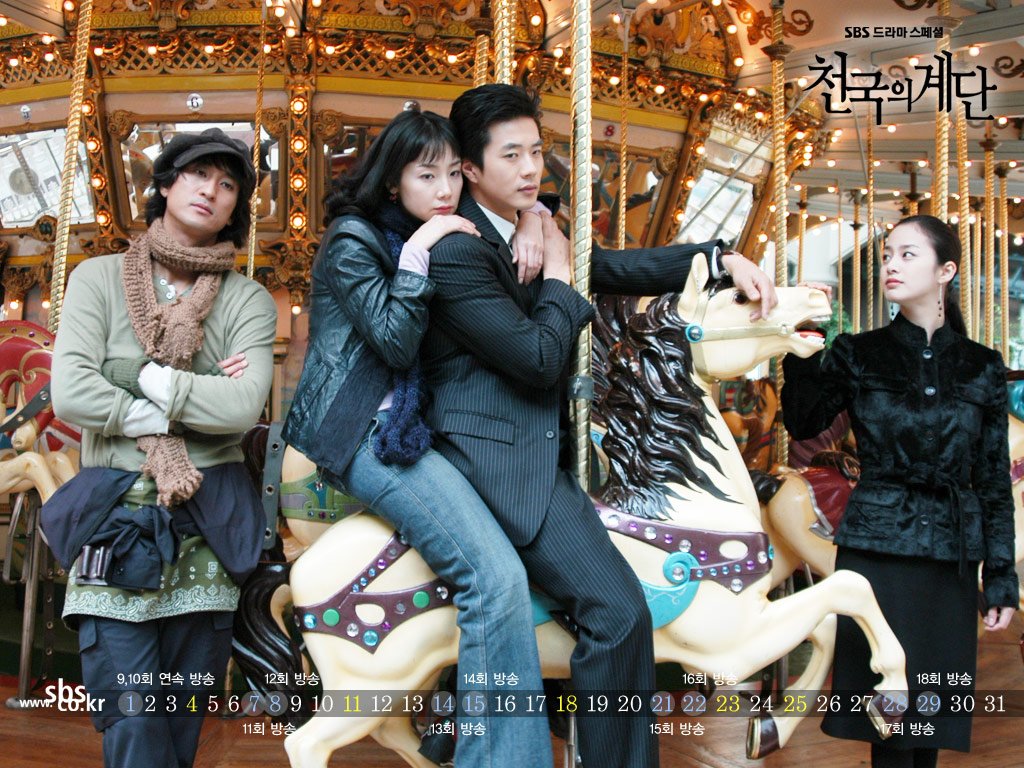 Jung-suh and Song-joo grew up together. They were always there for each other. Tragedy begins when Song Joo begins his studies overseas without Jung-suh. Jung-suh’s father remarries Tae Mira. Mira takes in her two children from a previous marriage, Tae-hwa and Yuri. Yuri is envious of the life that Jung-suh leads and is determined to take everything away from her, including Song-joo. Tae-hwa begins to develop feelings for his stepsister, however Jung-suh still loves Song-joo.

Five years later, tragedy occurs when Jung-suh gets into a car accident causing her to lose her memory. Together with Tae-hwa, they start anew. Song-joo is led to believe that she is dead. However, when they meet again one day, he is determined to remind her of the love they had for one another. When fate finally seemed to be on their side, Jung-suh is diagnosed with eye cancer.

2.6k
SHARES
FacebookTwitter
SubscribeGoogleWhatsappPinterestDiggRedditStumbleuponVkWeiboPocketTumblrMailMeneameOdnoklassniki
Related Itemsboys before flowersIriskorean dramaslistmy lovely kim sam soonquizstairway to heavenYou Who Came From The Stars
← Previous Story 8 K-pop Celebrities Who Have Done The ‘Ice Bucket Challenge’
Next Story → 7 Times When Girls’ Generation Was So Fierce