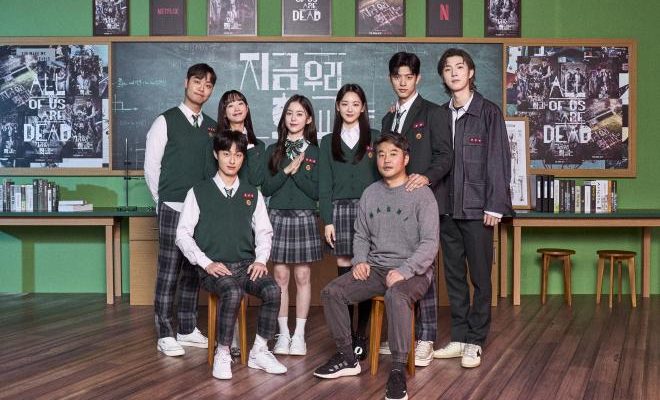 At the press conference of All Of Us Are Dead held recently, the lively cast and director dropped relevant and candid thoughts about the eagerly-awaited series!

Scheduled to stream exclusively on Netflix beginning January 28, All Of Us Are Dead tells the story of students trapped at a school that is overrun by a zombie virus, and we struggle to stay alive until help arrives.

PRESS CONFERENCE: “All Of Us Are Dead” Vouch For A K-Zombie Series Filled With Meaningful Lessons & Enthralling Entertainment 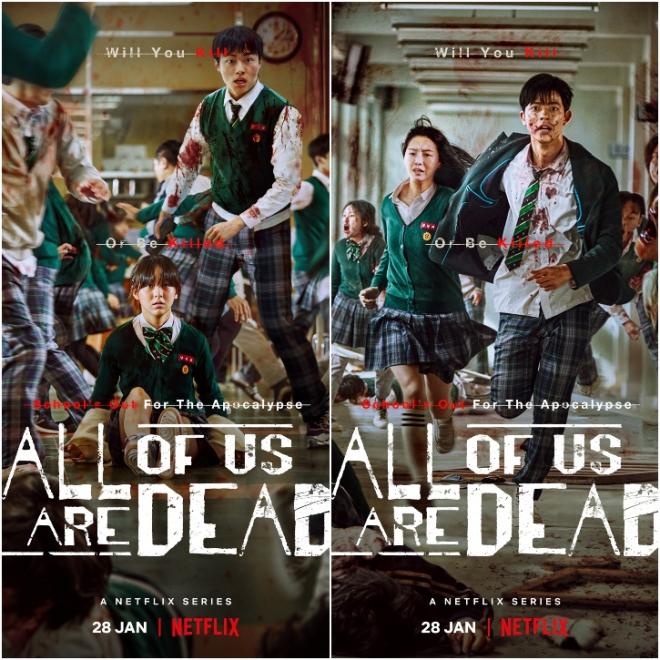 1. An Amazing Script From A Widely-Regarded Webtoon

Unitedly raving about the opportunities given to them, the vibrant young main leads all commended the script. As it is based on a popular webtoon, they are all driven and compelled especially since they worked with a great director.

Steering the series, Director Lee JQ remarked deviating to the usual K-Zombie series characterized by adult actors. Instead, he aspires to present the challenging scenario set in the school. “I felt that it would be extremely interesting and intriguing to look at the choices that these young adults make,” he added.

Conveying the process of adapting the legendary webtoon, Director Lee assured deep thinking in bringing the story to life.

“We wanted to tell the story of what kind of hope people should carry as we live our lives. What it means to be human. So, while it’s going to be a wildly entertaining show, we also wanted to create a drama series that leaves you with food for thought as well.” 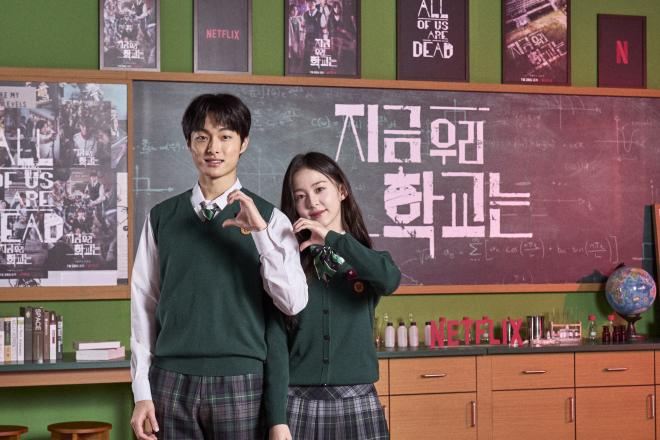 2. K-Zombie Story Treats That Are Unique

As the K-Zombie genre continuously garners domestic and international acclaim, the challenge for All Of Us Are Dead is felt by the showrunners and cast. Taking turns to give differentiating points of the series, the cast provided details that would pique the attention of K-Zombie fans.

Lim Jae Hyuk shares that for most zombie content, they have guns and weapons. However, in the series, they can only rely on school supplies and other items like desks, chairs to protect them from zombies. In addition, Cho Yi Hyun quips that the feature zombies are super speedy complementing the fast-paced storytelling. 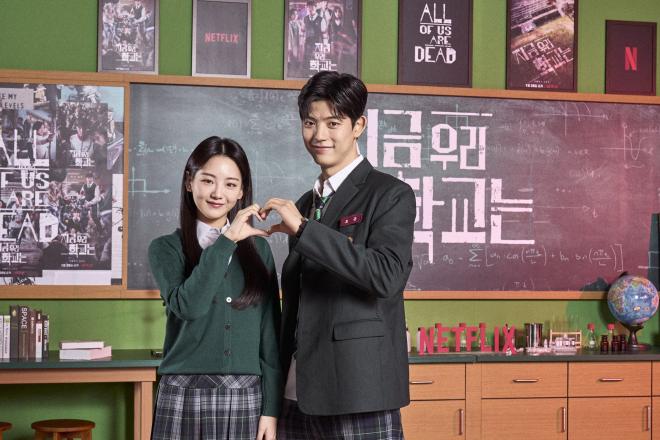 That caused an adorable disappointment to his close friend Yoo In Soo. The two talk every day and frequently go to karaoke to sing love ballads. So, Yoo In Soo cutely griping how his nametag sticker was not on his buddy’s phone brightened up the mood.

#YooInSoo and #YoonChanYoung are revealed to be close friends. They confess going to karaoke singing love ballads. When coaxed to give an impromptu song number, the two sang out of tune and the moderator advised to go for more karaoke moments. pic.twitter.com/oTbC4UQrRh

When they were coaxed to do an impromptu duet number, moderator Park advised them to go for more karaoke moments since they sang out of tune. Thankfully, Lim Jae Hyuk, a singer-songwriter vaunted a soothing serene number to salvage his co-stars.

To build the group chemistry, Park Ji Hu remarked how they engaged in group games. Correspondingly, their strong bond manifests in how they tackle the scenes when they mostly use adlibs. 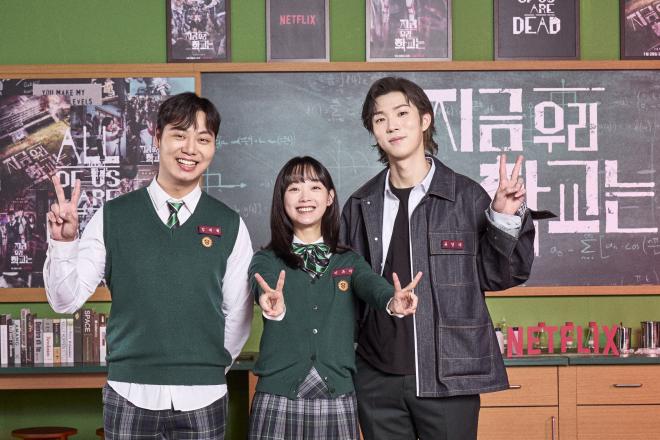 To capture the realistic picture of the thrilling zombie-survival story in All Of Us Are Dead, Director Lee and the cast filmed in a four-story building. Aside from that, a choreographer was tasked to teach the zombie moves with the big cast practicing it for their sequences.

Test shootings and rehearsals were also done to ensure smooth rendition of important scenes like those staged in the cafeteria and library. As the zombie-chasing situations are staples in the series, action scenes are expected in the story. For that, Yoo In Soo, Yoon Chan Young and Lomon underwent strenuous stunt training that pushed them to their limits.

“For the creators, the staff, the cast, Netflix is extremely respectful of everybody and all of our opinions. So the amount of support we were provided and the fruitful discussions, it was all very helpful and conducive to a creative environment. And I think that led to how we were able to bring lifelike expressions to a zombie series.”

All Of Us Are Dead premieres on Netflix exclusively on January 28!