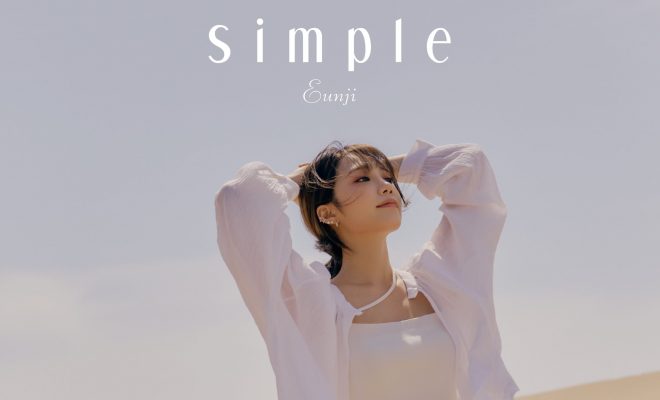 Eunji breaks free in her latest summery ballad track “AWay” which she personally wrote.

Eunji, the main vocalist of K-Pop girl group Apink, dropped her fourth mini-album Simple with the title track “AWay” on July 15 at 6 PM KST. The singer returns after a year since her third mini-album Hyehwa along with its title track “Being There”. 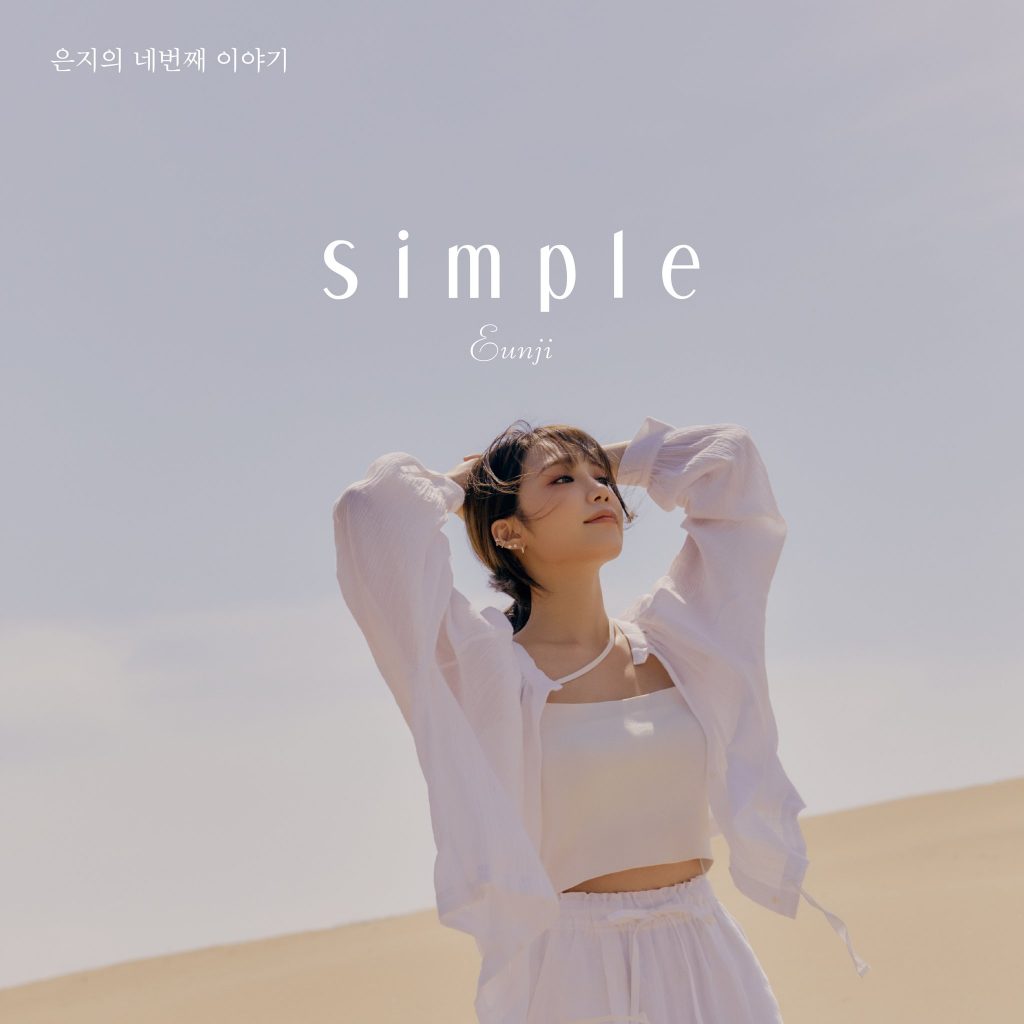 Eunji kicked off the countdown to the official release of her fourth mini-album by unveiling the track list. Proving her tremendous talent in the music field, Eunji was credited for writing all of the six tracks from her album. 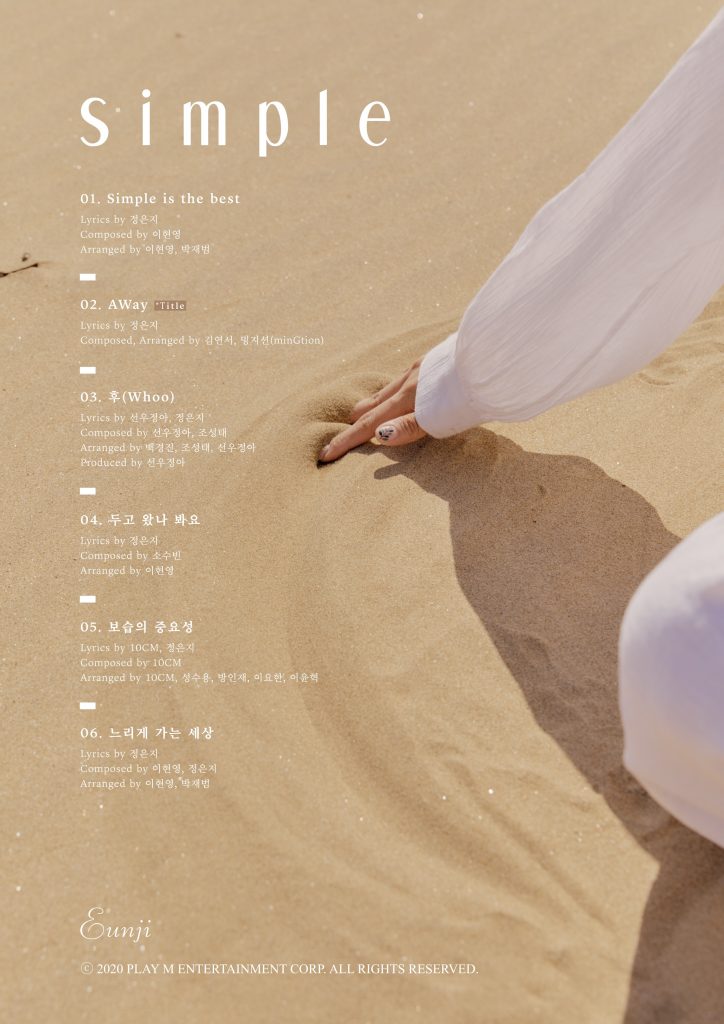 From July 6 to July 8, Eunji warmed the heart of fans by releasing a series of minimalist teaser photos. The aesthetic photos featured her like an unruffled wanderer set adrift the halcyon horizon. 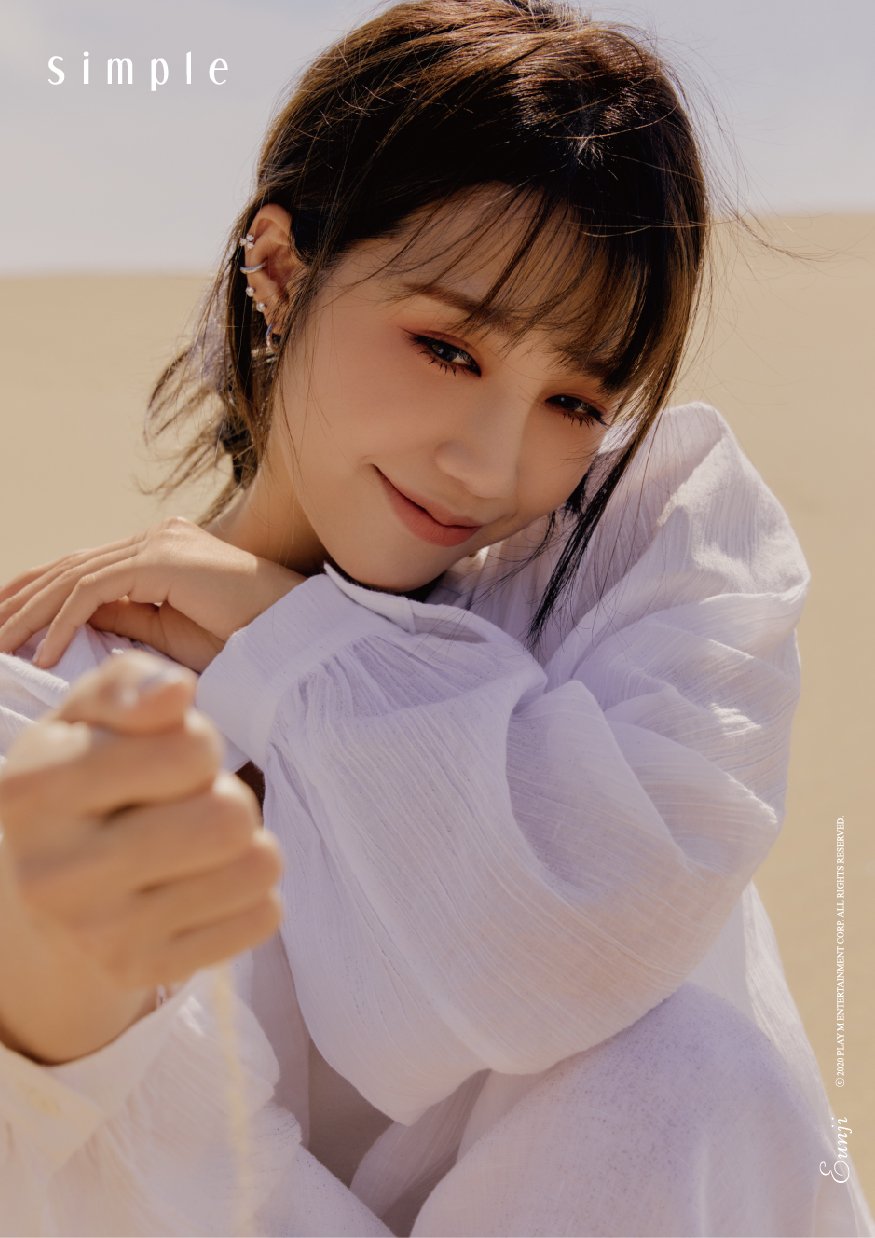 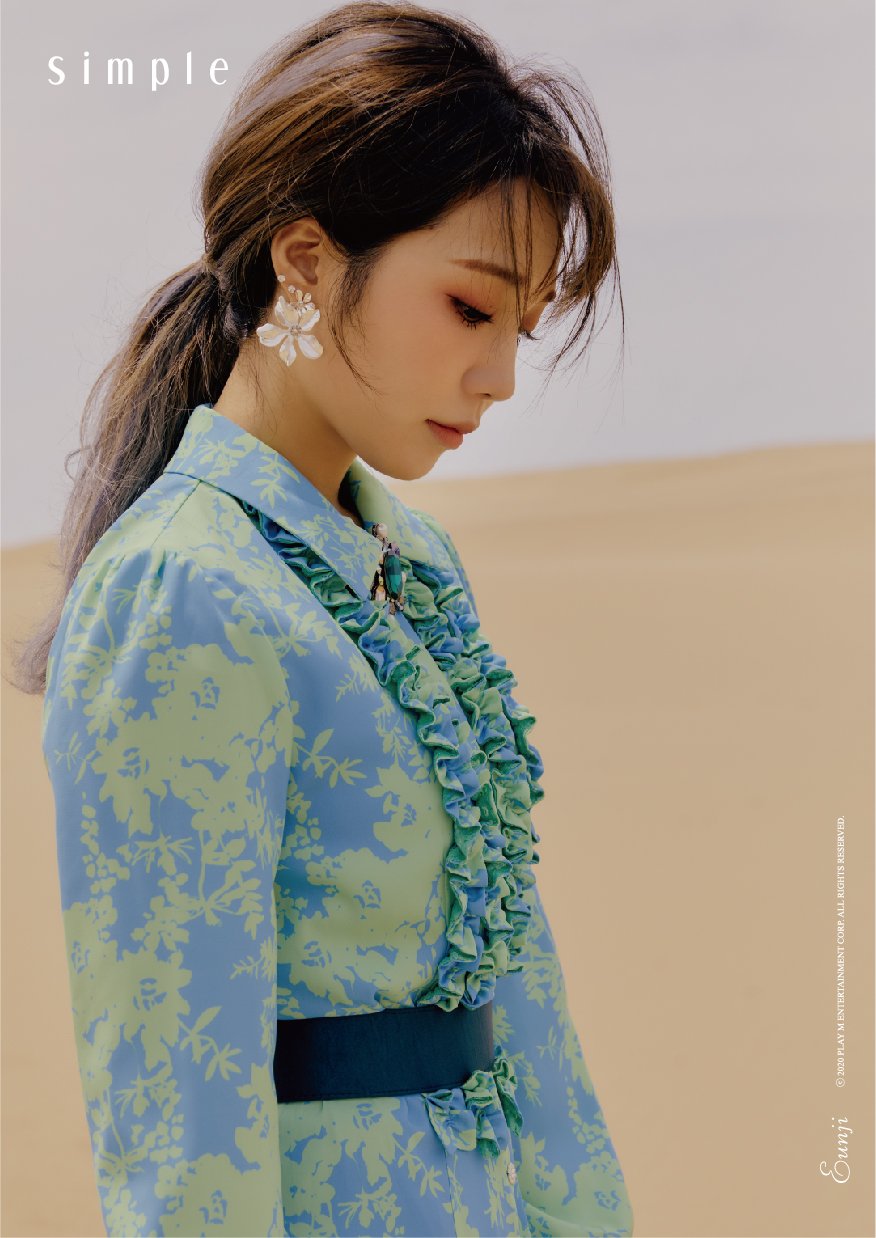 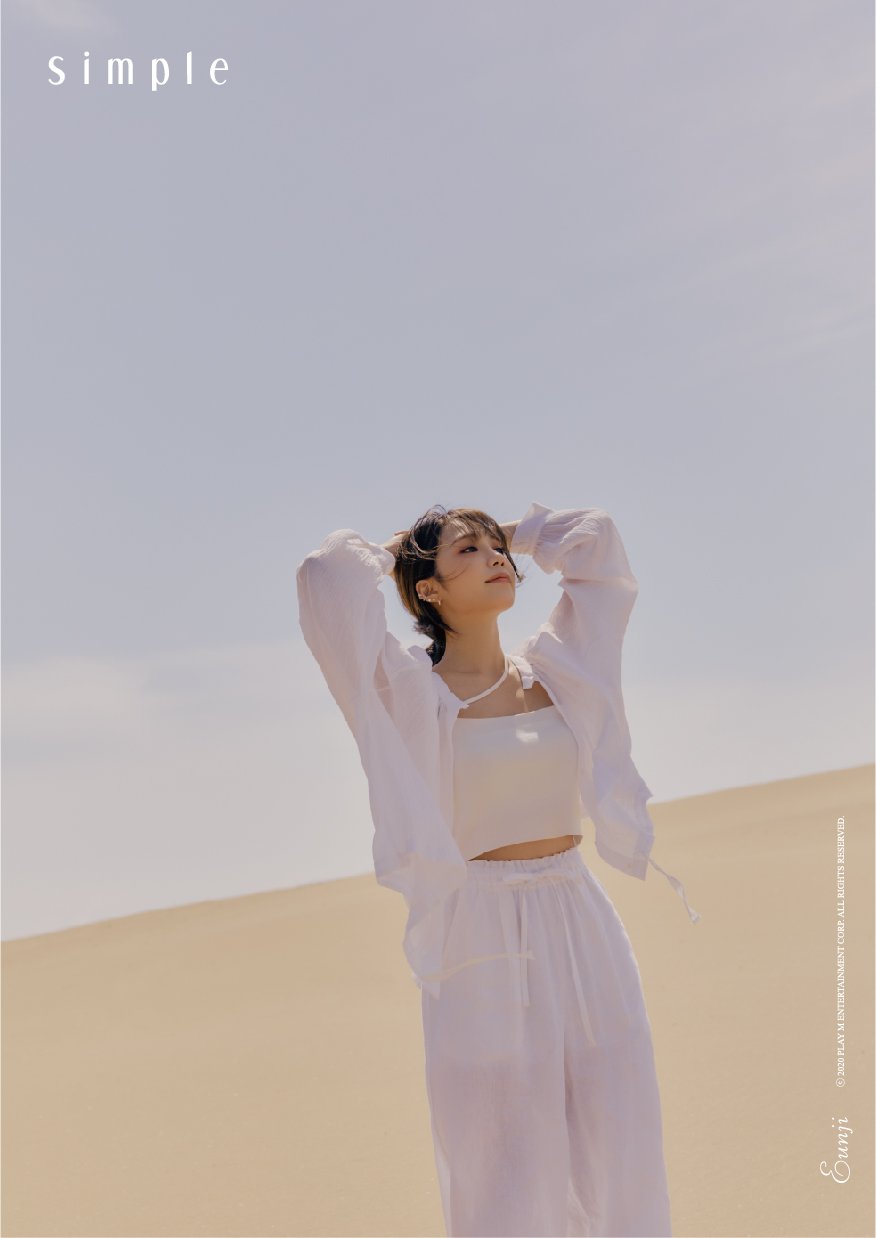 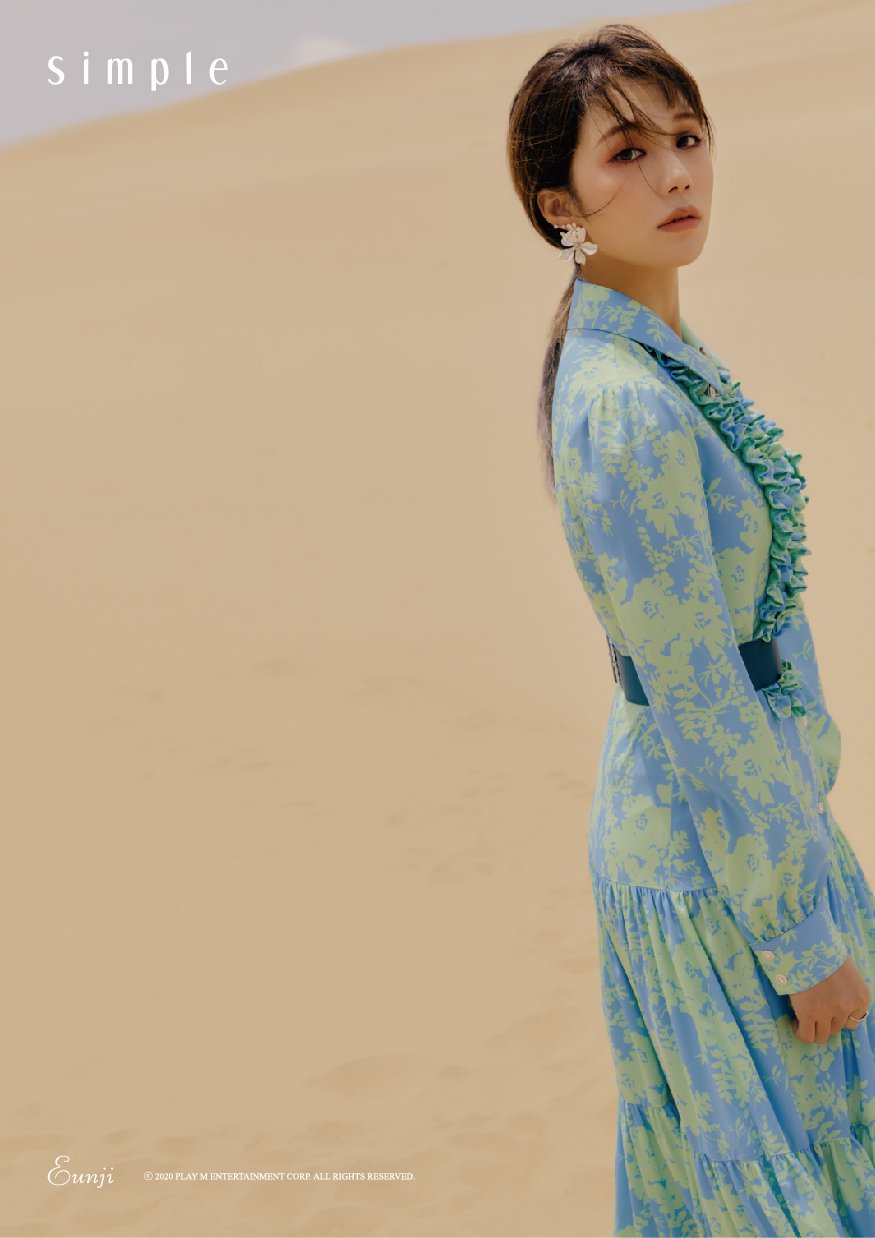 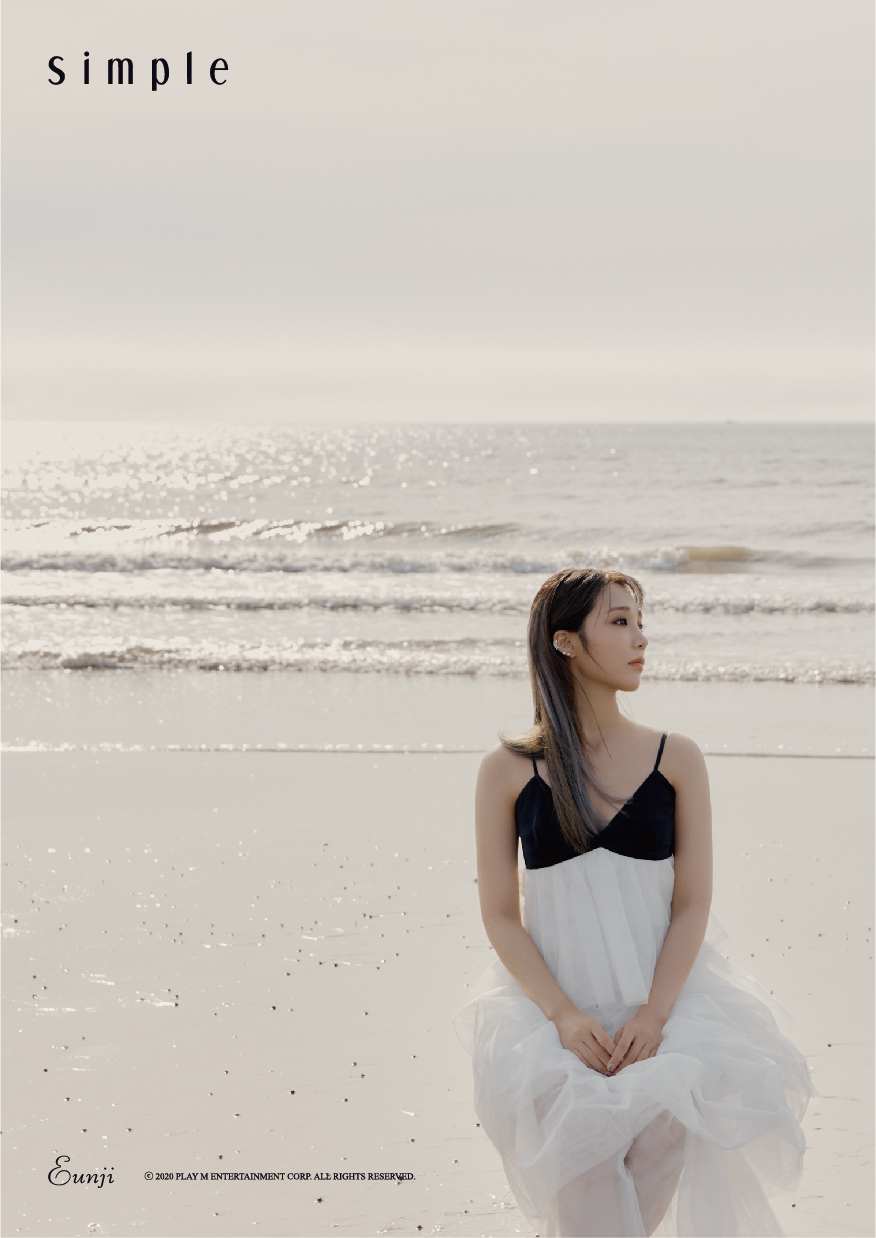 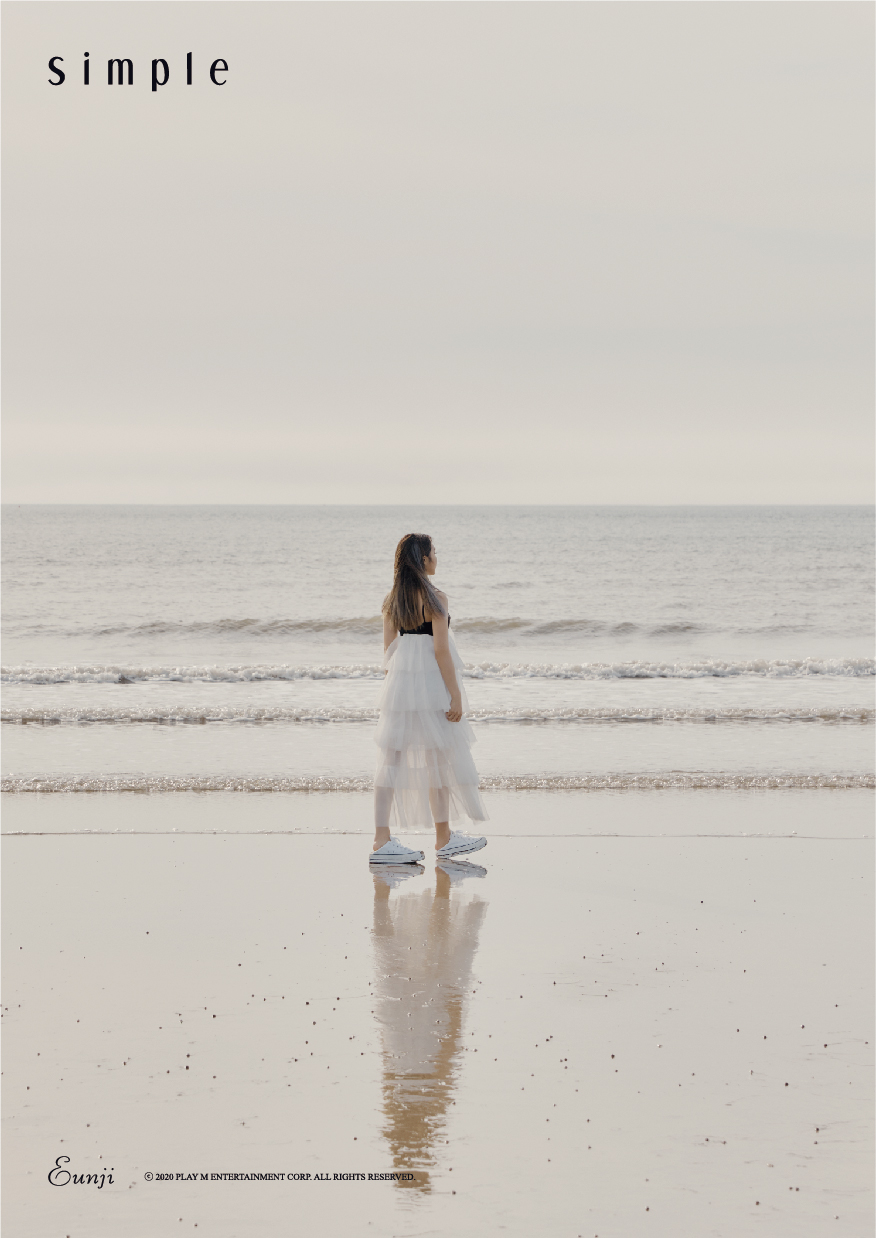 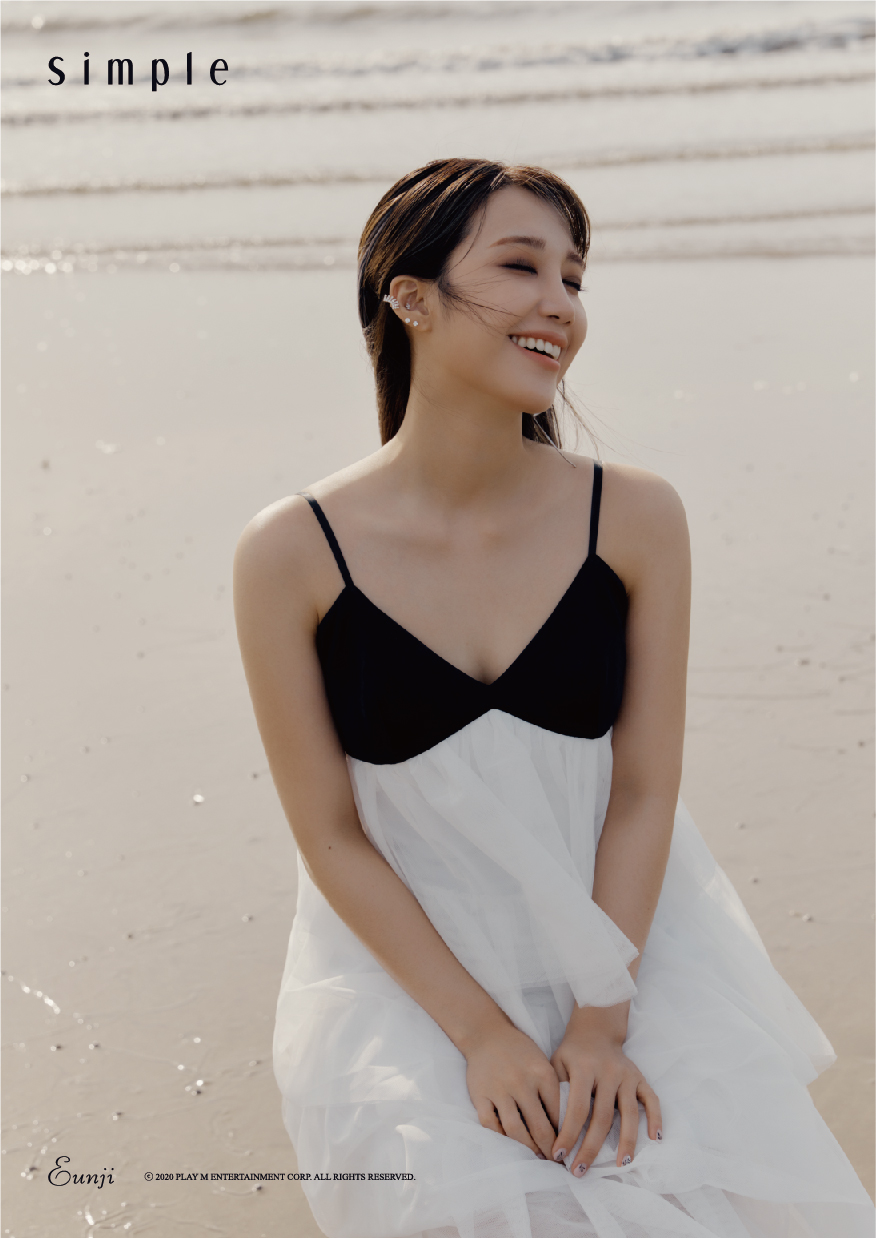 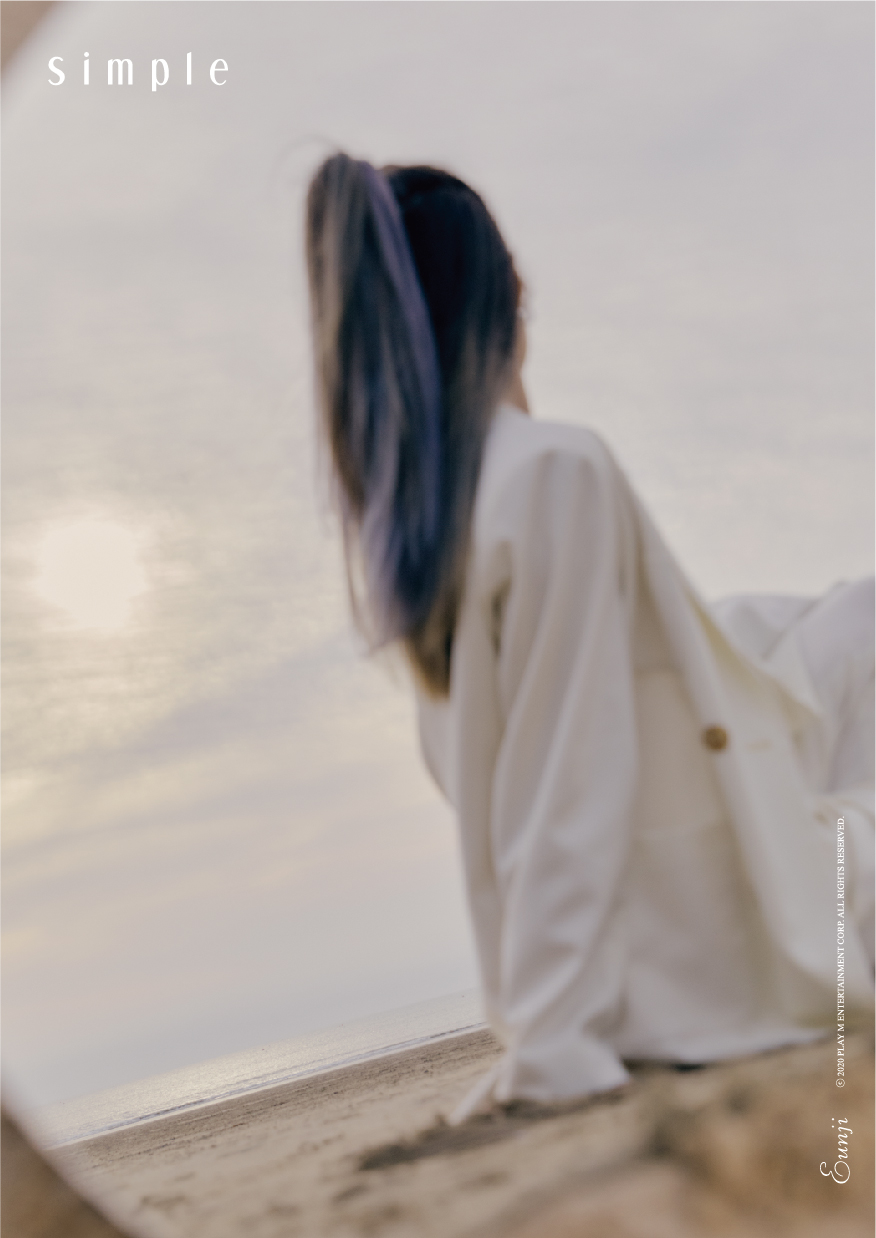 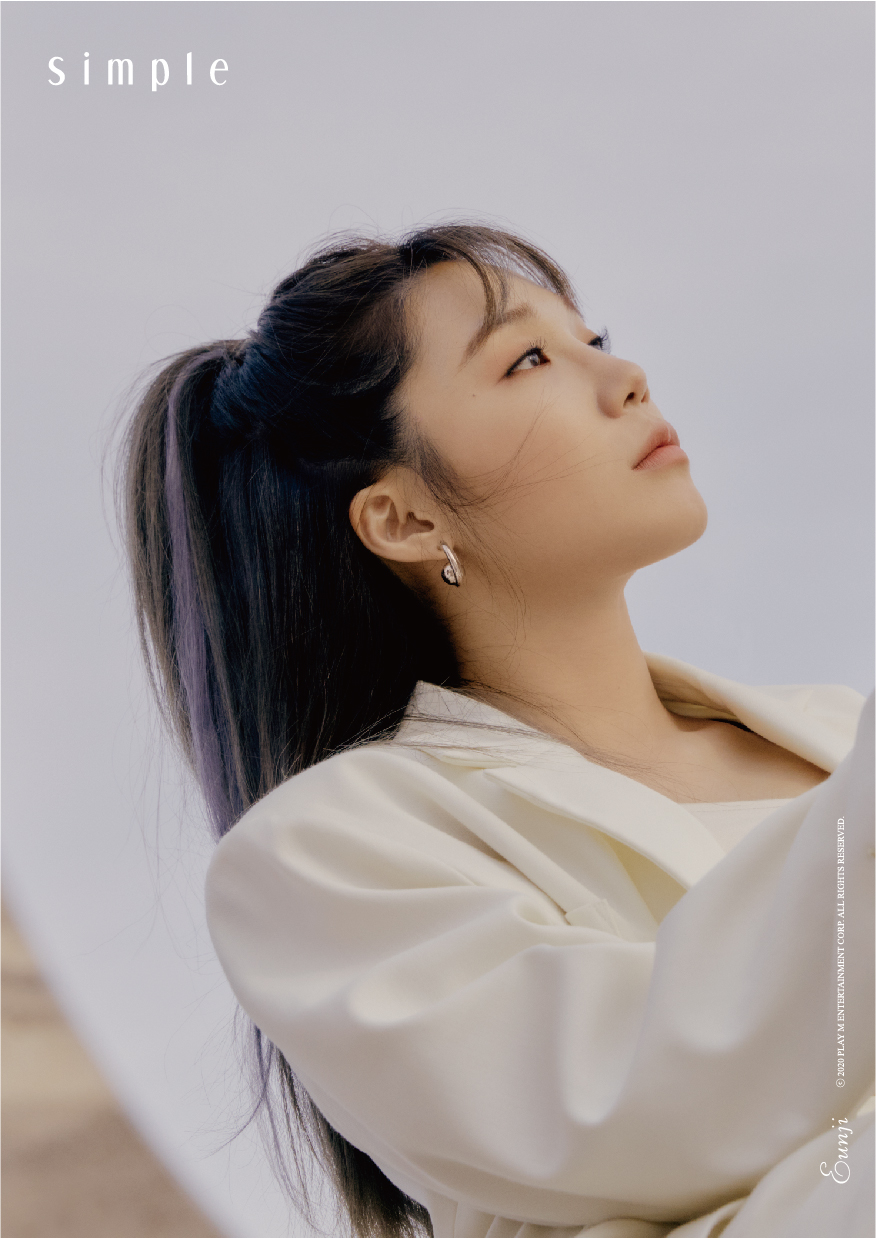 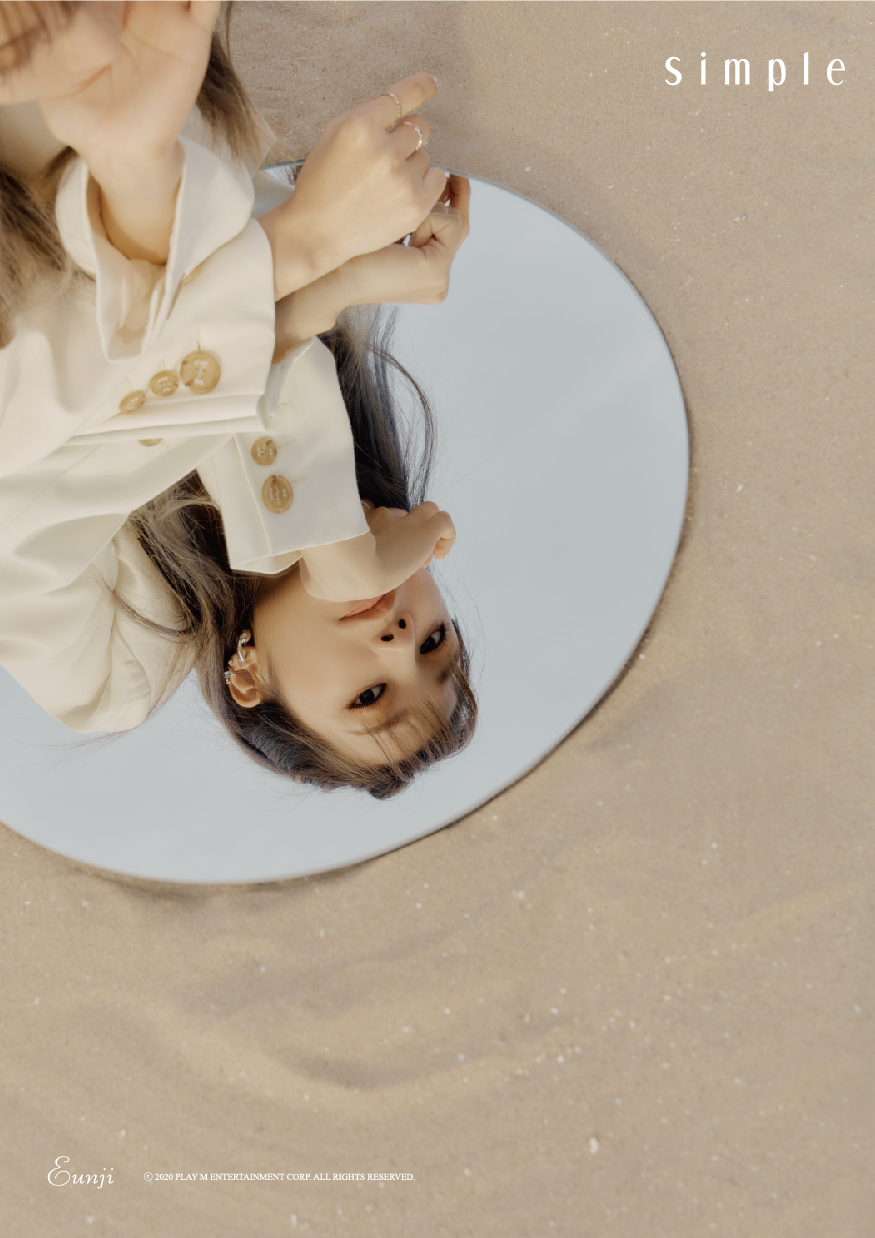 On July 8 and July 15, the multi-talented songstress previewed fans two teasers for the music video of the title track “AWay”.

From July 9 to 13, Eunji dropped video snippets for each of the tracks from her album Simple. It mainly featured the five tracks – “Simple is the best”, “Whoo”, “Stay”, “Moisturising”, and “A Slow Child”. She also previewed those tracks by unveiling the album highlight medley.

Starting mellow with “Simple is the best”, the track gives a refreshing and romantic brasserie vibe. The use of various instruments creates a perfect music ensemble that becomes pleasant to all senses. What comes striking is the sudden shift into fast tempo in some parts which moderates later on.

The calming track “Whoo” conveys messages of coping with pain and sorrows that is similar with her title song “AWay”. The only difference is the former shines with its slow tempo which perfectly highlights her rich and full voice.

Coming quite wistful and stirring, “Stay” leaves a lingering effect with its overflowing emotions. Meanwhile, “Moisturising” is a feel-good track about falling in love.

Lastly, “A Slow Child” indicates that every person has their own life paces – fast and slow. Those differences may become a blessing to someone as you can either catch up with them or be with those who came in slowly as a comfort.

The song did not fall nothing short of a warm and comforting embrace needed by people who are struggling and confused. It is highly commendable – from the wondrous music video to its heartfelt messages, “AWay” is a summer track with substance.

The pleasant and vibrant vibe comes with quite catchy sounds. Displaying balmy days of summer, “AWay” calms the mind, eyes and heart in terms of its aesthetic filmography and life-affirming thoughts. Lastly, I cannot stress enough how beautiful Eunji is and how excellent her voice!

Images and videos from PlayM Official