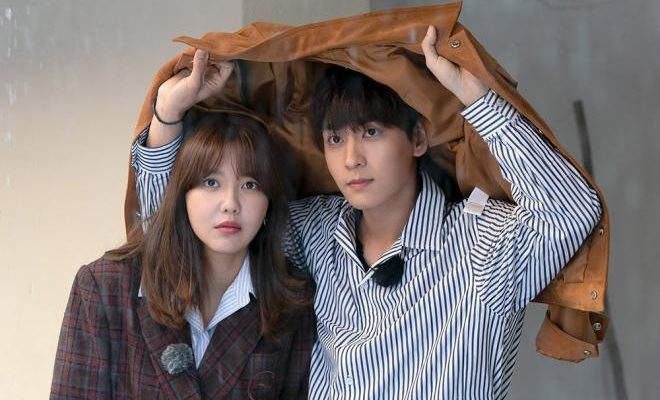 If you are craving for a K-Drama saccharine ride, So I Married An Anti-Fan might be the one you need!

Currently streaming on iQiyi for international fans, the series tells the story of a top star and a woman labeled to be his anti-fan. When they participate in a reality show, they get to know each other better and develop a deeper connection. 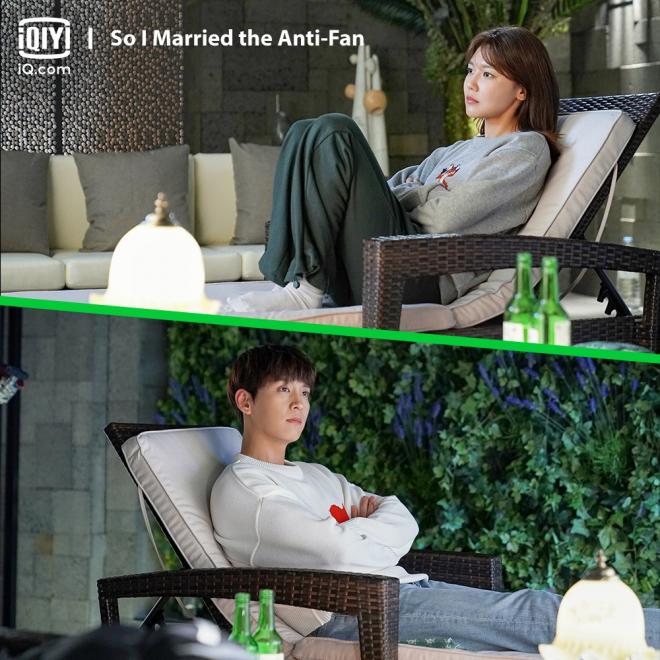 Choi Tae Joon and Choi Sooyoung portray the adorable love pairing of Hoo Joon and Lee Geun Young. The series is available on iQiyi every Friday and Saturday.

In case you need more convincing, check out some of the sweetest moments featuring the main leads below.

Spurring the connection of the main leads is that one night in a party they mutually attended. Mistaking her as a trashy journalist and thinking he was hurting a woman from afar, Geun-young throw her heel like a dart pin to target top star Hoo Joon.

Losing her job, Geun-young has nothing to blame but the top star who caused her snowballing problems. But her bravery is nothing to the fierce fans of a celebrity she vocally declared she hates. Good thing Hoo Joon is there to protect her from his raging fans.

With her reality hitting her through the pile of bills and expenses, she has to take care of, Geun-young agrees to work on a reality show with Hoo Joon. On the first filming day for the teasers, they inadvertently get tangled in a fleeting kiss.

4. The Prank That Backfired!

Official filming begins for the top star and his anti-fan – and it’s definitely filled with silent bickering between the two. Like how the camera prank of Hoo Joon and the staff backfired when Geun-young spiked his drink with an expired vitamin powder.

Crashing at Hoo Joon’s house, the two inevitably go to a series of casual chats over drinks. Subconsciously, they become closer with their actions toward each other like Geun-young tending on his physical wound and Hoo Joon feeling worried about her clumsy nature.

Without realizing it, they became closer that making fun of each other is but a normal thing.

Definitely one of the endearing charms of the series is the cute bickering of Choi Sooyoung and Choi Tae Joon’s characters. They make verbal spats cute and charming without holding back, but they know when they have to stop.

7. Getting Closer In Japan

Continuing their filming for the show, they were tasked to roam around in Japan. Pretending she has been there does not really help Geun-young owing to her poor sense of direction. When she got lost, she wept like a child to Hoo Joon all-willing to give her comfort.

He also shields her from the pouring rain with her jacket making his ex-girlfriend jealous.

When the PD of the reality show pulled a trick in consideration of raising the pilot episode as a hot topic, he did not foresee how it will backfire at Geun-young. He included how she spiked Hoo Joon’s drink which earned the ire of his fans.

At the airport from their shoot in Japan, the fans are waiting to harm her, if not for Hoo Joon shielding like her fortress.

Realizing the hard time Geun Young has to go through because of the show and him, he brightens her mood up by throwing her a birthday party and letting her stay in his house.

However, he got the wrong tip from his friend reporter who told her about her interview with a news outlet that digs on celebrity dirt. He purposely brought her into a crowded even when the rage of Hoo Joon’s fans is still high. She eventually got mobbed after Hoo Joon realized it was a misunderstanding.

He rushes to his house and finds her celebrating her last day in his house. But Hoo Joon refuses her decision, confesses how he has grown fond of her, and scoops in a heart-stopping kiss which Geun-young willingly receives.

Now that the love birds have confronted their true feelings, expect more swoon-worthy scenes in the second half of So I Married An Anti-Fan.

Catch the latest episodes on iQiyi.

Read the Mid-Series Recap Below: