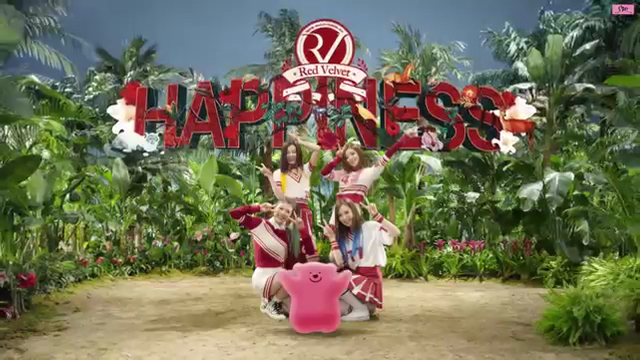 The newest addition to the long list of K-Pop groups is SM Entertainment’s 4-member girl group Red Velvet, who made their stage debut on August 1 with their single Happiness.

But their road to Happiness tends to be shaky and rough to start with.

First, the group’s name Red Velvet raised concerns after an indie duo’s claim of using it since 2013. The two parties eventually landed an agreement to continue separate promotions under the same name without interfering with each other’s careers.

Now that the name case is resolved, second in line to know more about the idol group is through their music video.

Just a few minutes after its first release, netizens were quick to react on the questions it raised. And as if it were a package, several predictions and assumptions about the group’s future also arose.

Here’s how to better understand the music video and the scenes in question—in our opinion.

Everyone suddenly seems to have become history lecturers and experts from a non-existing anti-racism party—but wait, there’s more to this scene than that!

The lyrics say, “Everyday I style up and focus on the things that make me feel up,” at this point and you see both the newspapers with headlines and the girly things that “make her feel up” imposed above the negative topics in the same frame.

They don’t necessarily mean to mock history and the Japanese, but these headlines were actually the same headings (although worded differently and from different newspapers) published in the past.

She wasn’t intentionally playing with the plane around what seemed to be the Twin Towers to mock on the event, but she instead changed the course of the plane and did not hit the building. Why?

In these lines, “Happy things cool things, there are becoming more and more [of these] in this world.” Many did not realize how this actually make sense to the message of the song.

They wanted to portray the girl avoiding the unfortunate event, and rather make more happy memories.

This came next to the airplane scene but it showed a different turn of events. Why did she make those cars crash?

The lyrics were, “That money, that power. We lost our interest long time ago,” so it depicted her  as not interested in the cars or any material possessions.

“A little bit better, I’m happy because I am me.”

When you look at it, the images on the mirrors do not match the people behind it.

This one is easy. Many pretend to be someone else, but are they happy?

Not really, but this parrot can fly.

While many of us are afraid to try, “Sometimes you gotta be bold! Just rock the world!”

This parrot showed you how, now it’s your turn to be free from whatever it is that makes you doubt yourself. Did you see the look in the eyes of the parrot before it flew? Excuse the pun but “eye-doubt.”

If you did not notice, they even asked you if you are happy before they showed you their answers through the lyrics of the song and the music video.

They become happy because they are full of positivity. That’s what this song is all about, after all.

See for yourself and check the video for Red Velvet’s Happiness below:

Source: Images captured and made from SMTOWN
Translations by – Hyerim Kim