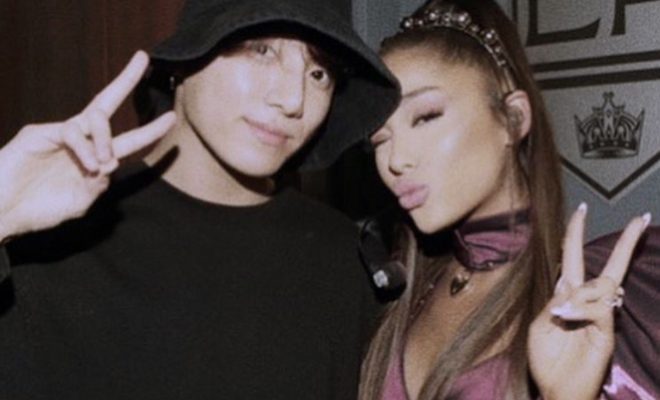 This is not a dream. An Ariana Grande X BTS’ Jungkook interaction indeed happened!

Like everyone else, we are also screaming in surprise and happiness to see her and Jungkook bond together and send sweet words to each other in appreciation after the youngest member of BTS attended the Sweetener Tour of the “7 Rings” singer at the Staples Center in Los Angeles on May 7.

The BTS member took to Twitter to relay how seeing Ariana Grande on stage brought learning and inspiration to him. “I felt and learned a lot after seeing her stage. I am really challenged by her stage and will try harder,” he wrote and added the hashtag #ArianaGrande. Along with the message, he posed for a selfie while holding the Sweetener Tour ticket.

I felt and learned a lot after seeing her stage. I am really challenged by her stage and will try harder!#ArianaGrande pic.twitter.com/Jj0xREEK2W

Through her Instagram, Ariana Grande sent her thanks to Jungkook for attending her concert. She posted a photo she snapped with the “Boy With Luv” singer. She captioned the photo with the words, “screaming. <3 thank u soooooo much for coming to my show, Jungkook. it meant so much. love u sm ~”.

The singer, who is in the middle of her Sweetener Tour, also used the photograph as her lock screen wallpaper and shared it to her followers through her Instagram story.

screaming. ? thank u soooooo much for coming to my show, Jungkook. it meant so much. love u sm ? 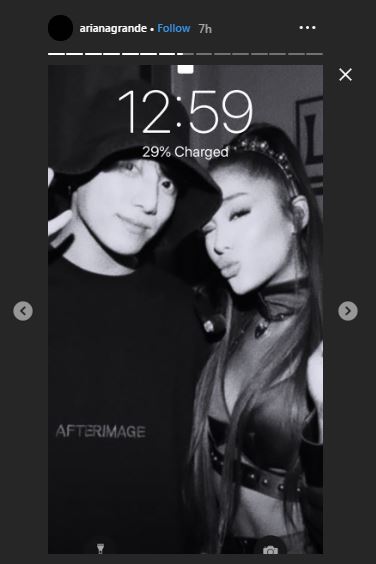 The interaction between Ariana Grande and Jungkook received much attention from fans of the singers, relaying how shocked and happy they are about it, creating possible scenarios on how the meeting between them turned out with some fans suggesting a high note battle took place, and wishing a fruitful collaboration will take place in the future between the two artists.

Extending Love Yourself world tour with Speak Yourself

In related news, BTS kicked off its Love Yourself: Speak Yourself world tour at Rose Bowl in Pasadena with 120,000 fans coming together to witness the two-day concert on May 4 and 5.

The boys will soon meet ARMYs in Chicago at the Soldier Field on May 11 and 12, before staging a two-day concert at MetLife Stadium in East Rutherford on May 18 and 19. The boy group will also bring the Speak Yourself world tour in Brazil, England, France, and Japan. 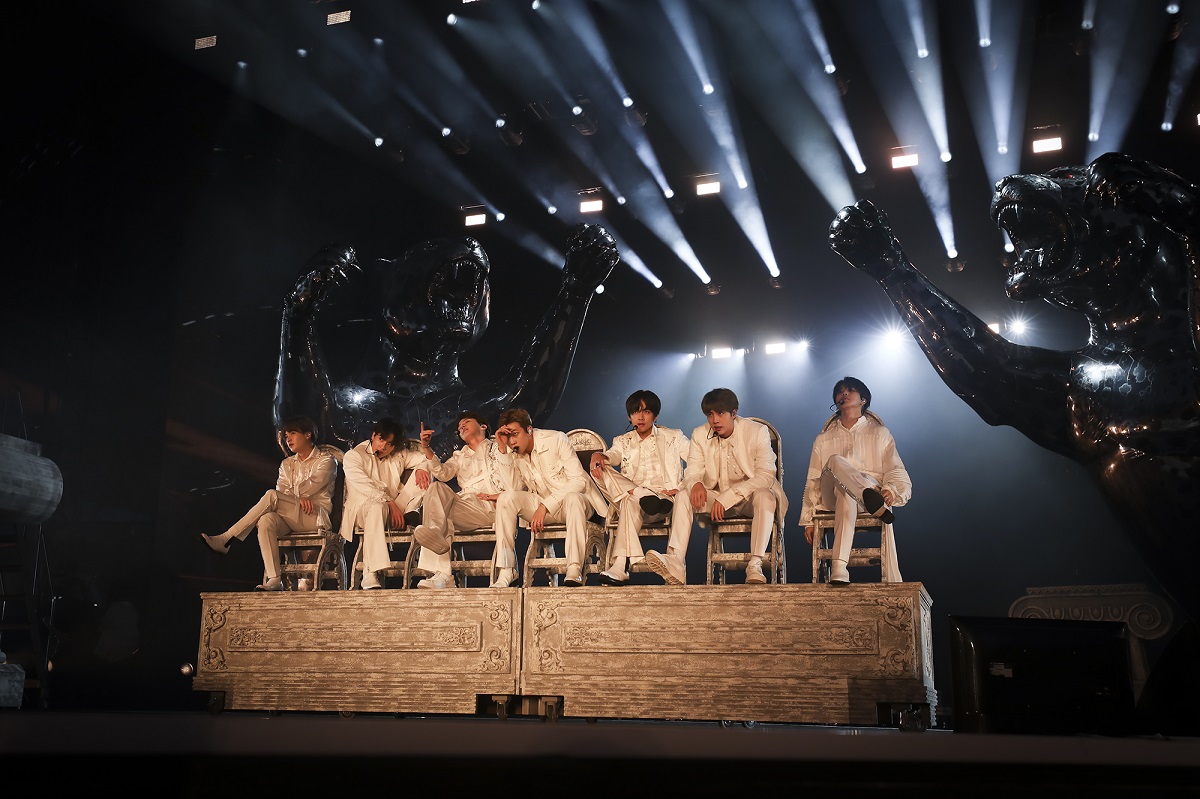 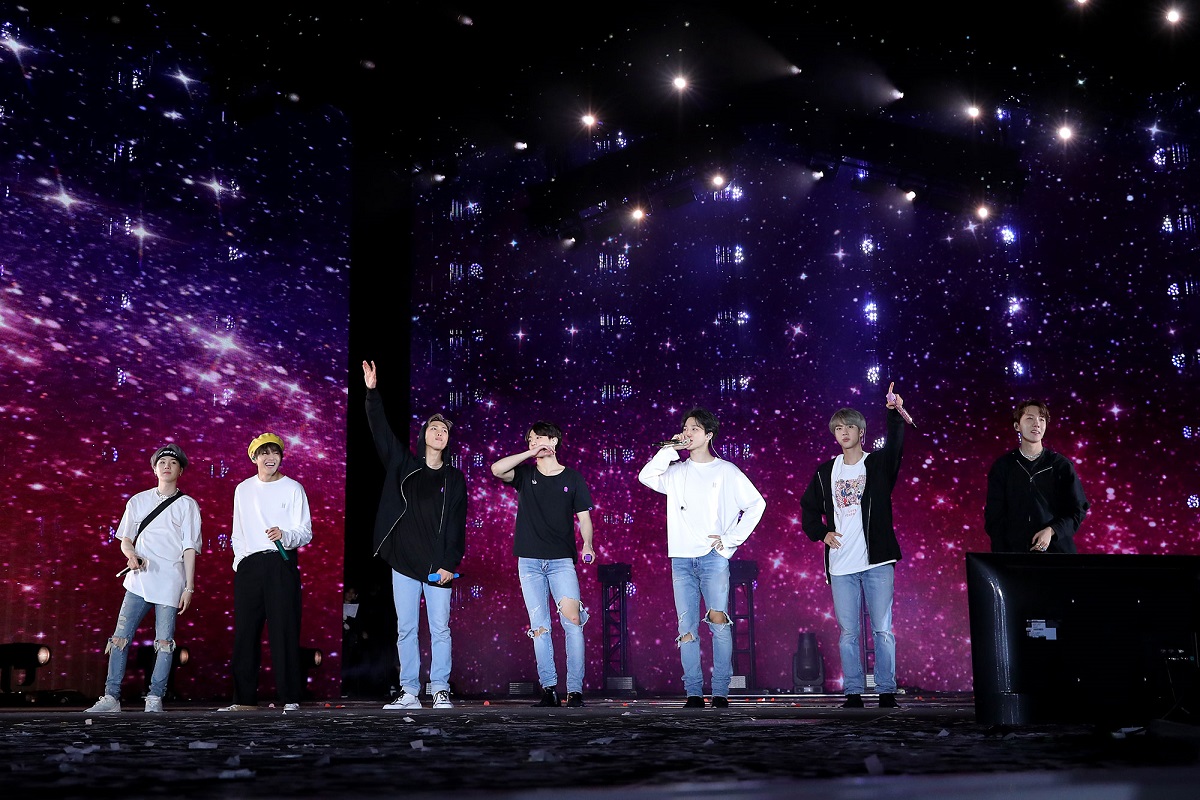