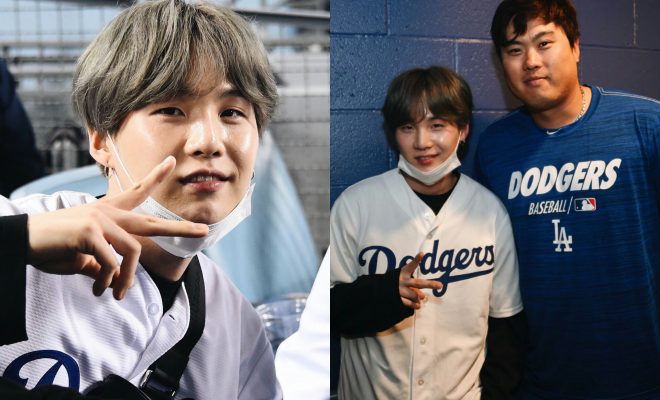 BTS’ Suga enjoyed his much-deserved rest day recently – and it shows in the latest photos posted by the Los Angeles Dodgers themselves!

BTS’ Suga had a field day recently as he used his time to rest as an opportunity to see the Los Angeles Dodgers play live! 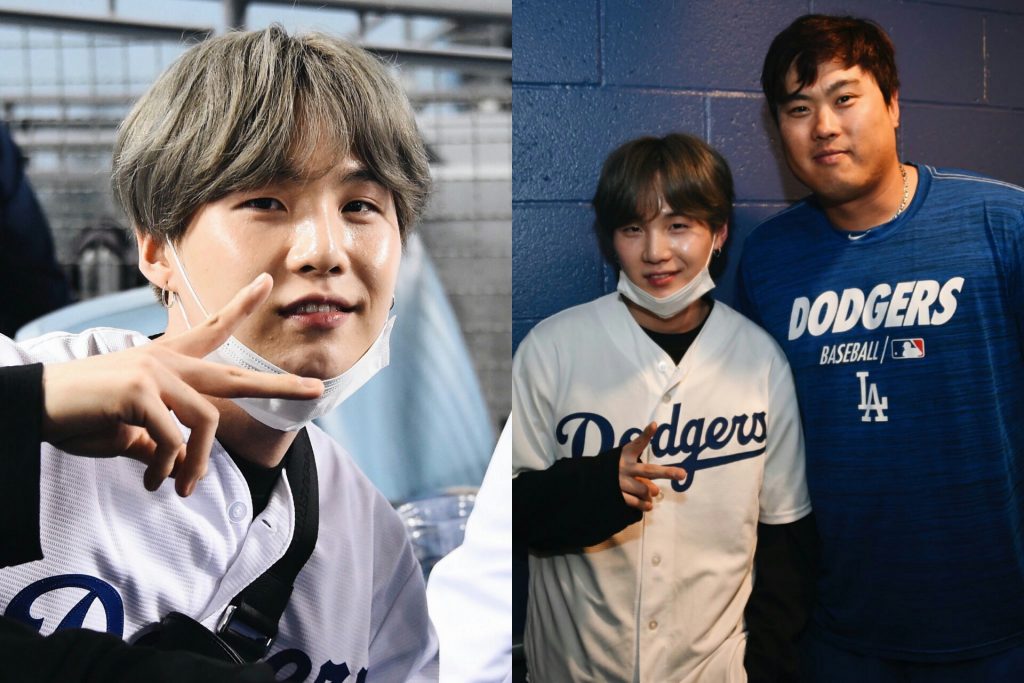 The rapper graced the Dodger Stadium in Los Angeles to watch the baseball team’s recent game live, satisfying his inner sports enthusiast. Besides his interest in the sport, Suga also attended to see the well-known South Korean southpaw Ryu Hyun Jin pitch against the Atlanta Braves.

His attendance clearly wasn’t left unnoticed – especially by the LA Dodgers themselves who bombarded their official Twitter account with photos of the idol enjoying the game. In all the photos, Suga gamely posed while donning a jersey with Ryu Hyun Jin’s name and number on it.

Mic drop. @bts_bighit is in the building! pic.twitter.com/miTvMkVYvg

After the team’s 9-0 win, Suga met with the pitcher himself backstage to take a photo – smiling happily like a true fan. He posted the photograph afterward on BTS’ Twitter account, together with the caption “Congratulations on the shutout!”. “Shutout” is a term which means having pitched a complete game without the opposite team scoring at all.

Of course, the Dodgers’ Twitter account also gave their take on the iconic meet-up by posting a short video clip of the two’s interaction. “A big star came all the way here,” the baseball player said as Suga approached. “No, no, I’m not. I came, and you pitched a shutout. I came here once five years ago, but Kershaw was pitching,” the BTS member replied.

The group’s seven members’ rest days were brought by the recent wrap-up of their performances at the Rose Bowl Stadium in Los Angeles as part of their Love Yourself: Speak Yourself world tour.