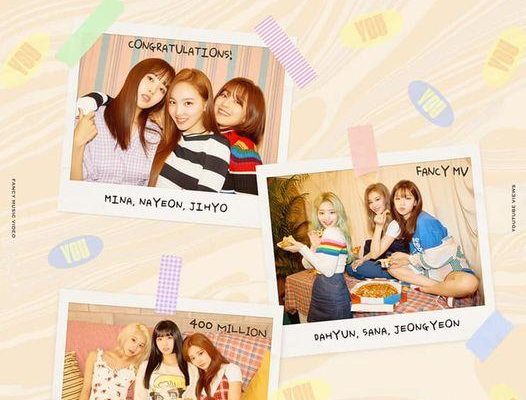 Congratulations TWICE for achieving another amazing milestone on the YouTube platform!

Asia’s top girl group TWICE has once again unlocked another YouTube record with their music video for “FANCY”. 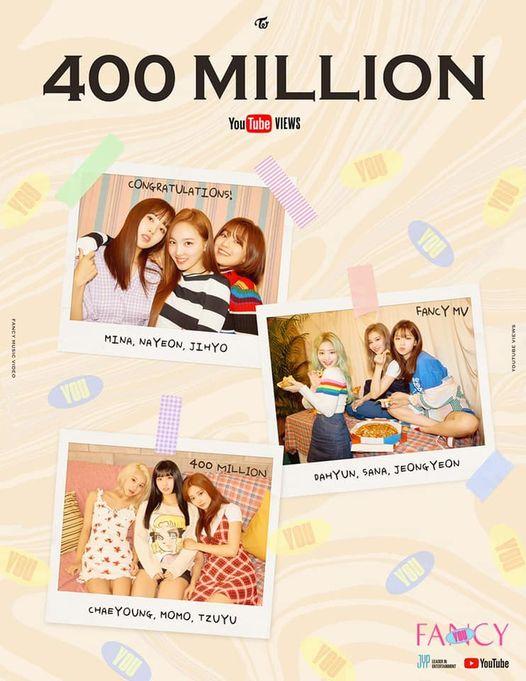 Earlier this week, the well-loved female nonet’s music video for “FANCY” has officially joined the 400-million club on YouTube. The group was able to earn the amazing feat in around one year and 10 months after the track’s release.

On  April 22, 2019, at 6 PM KST, Jihyo, Nayeon, Jeongyeon, Momo, Sana, Mina, Dahyun, Chaeyoung, and Tzuyu delighted fans as they dropped their 7th mini-album FANCY YOU  with “FANCY” as its title track. In the accompanying music video, the girls captivated viewers as they showed a more mature version of themselves.

Additionally,  “FANCY” becomes TWICE’s 5th music video to exceed 400 million views. Other songs of the group that likewise hit the said massive view count on YouTube include “Cheer Up”, “TT”, “What is Love?”, and “Likey”.

In other news, TWICE successfully finished their  Japanese online concert last March 6 entitled TWICE in Wonderland.  During the concert, they revealed that they will be releasing their 8th Japanese single “Kura Kura” on May 12.