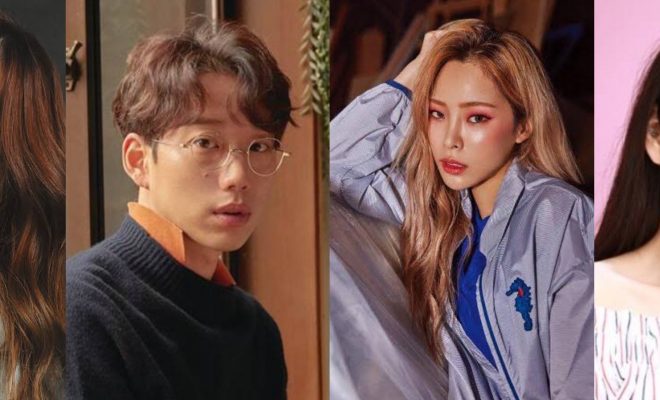 “Hotel Del Luna” Announces A Stellar Line-Up For Its Soundtrack

Accompanying Hotel Del Luna‘s enchanting story is an equally enthralling soundtrack, which will be featuring some of the music industry’s top talents.

Hotel Del Luna further ups the anticipation for its premiere as it announces a stellar line-up for the soundtrack! Soundtrack producers Naym Naym Entertainment announced the talents who will be contributing their voices to the K-Drama’s upcoming soundtrack.

Naym Naym Entertainment confirmed that Girls Generation’s Taeyeon, 10cm, Punch, and Heize will be lending their voices to the Hotel Del Luna soundtrack. “With the powerful voices joining in the soundtrack, we hope to produce an invigorating masterpiece that accompanies the flow of the drama well,” said the record label.

Participating in Hotel Del Luna‘s soundtrack is executive producer Song Dong Woon, who has produced quality soundtracks for top K-Dramas. He has previously produced the soundtracks for Scarlet Heart: Goryeo, Descendants of the Sun, Goblin, and It’s Okay, That’s Love.

Hotel Del Luna follows the story of a hotel on the brink of bankruptcy. Its owner Jang Man Wol (IU) teams up with hotelier Gu Chan Sung (Yeo Jin Goo) to revive its grandeur. But the catch is how to make the hotel appealing to its spooky clientele targeting – wayfaring ghosts. It will be premiering on July 13 via tvN.

FacebookTwitter
SubscribeGoogleWhatsappPinterestDiggRedditStumbleuponVkWeiboPocketTumblrMailMeneameOdnoklassniki
Related Items10cmHeizeHotel Del LunaPunchTaeyeon
← Previous Story Ji Chang Wook And Won Jin Ah Prep Up For Their Sweet Romance In “Melting Me Softly”
Next Story → K-Drama Premiere: “Love Affairs In The Afternoon” Draws Attention & Sympathy Even With Its Theme Of Infidelity