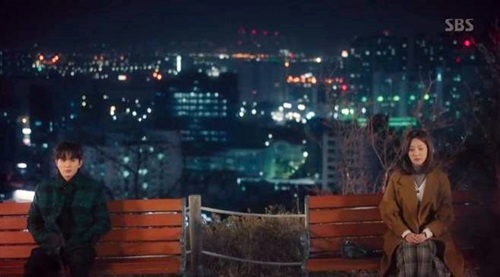 Key Highlights In Episodes 11 & 12 of My Strange Hero

Episodes 11 and 12 of My Strange Hero rubbed the emotion raw, and finally brought it out in the open. 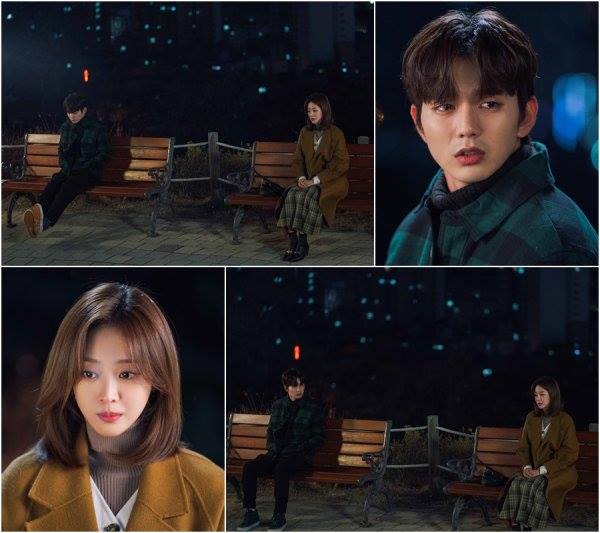 Se Ho Reveals It All

Bok Soo finds out that Se Ho is the one who tells their class about Soo Jeong. He rushes up to the rooftop to confront Se Ho the moment he found out and that’s how the altercation on the rooftop starts.

Why Soo Jeong was Mad at Bok Soo

Once the class realizes that Soo Jeong isn’t who they thought she was, they make fun of her and disown her. But Soo Jeong knows that Bok Soo can’t do that to her. However, as she goes up the rooftop, she hears Bok Soo say, and argue with Se Ho about feeling sorry for Soo Jeong. Shortly after, she also hears Se Ho scream for Bok Soo to save him. That’s exactly what she reports back to her teachers and the police. Bok Soo’s friends get upset at Soo Jeong, and ask her if she doesn’t trust Bok Soo at all, even after he shows her how much he likes her. Soo Jeong answers that she doesn’t trust Bok Soo anymore, all because of what she has heard.

Much to Principal Kim’s dismay, Se Ho pushes through with his after-school project for the Wildflower Class. Soo Jeong starts counselling the students and notices that Seung Woo has gotten all his exam questions wrong. She suspects that he did it deliberately.

Nine years ago, Bok Soo and his friends felt the coldness from people Bok Soo helped and defended before. They question their classmates but the classmates claim that no matter what he was before, Bok Soo is now trash to them. Soo Jeong overhears everything but stays silent as tears roll down.

What comes as a shock is that Soo Jeong goes home and cries to her grandmother. She regrets what she did and wonders if she should have lied instead. Soo Jeong believes that Bok Soo wasn’t capable of doing that. She admits though that she never got the chance to ask him after her grandmother wondered if she did. She resolves to get past this and forgets all about it.

Bok Soo tells Soo Jeong that although he got over people misunderstanding him, the reason why he couldn’t forget what happened was because Soo Jeong never believes him. But then he has accepted defeat and realized he is the only one stuck in the past.

He stops going to school because he does not feel the need to do so. Meanwhile, Soo Jeong grows more and more concerned as the days passed, and Bok Soo still does not show up to class.

Se Ho prepares dinner for Soo Jeong and tells that he likes her. He wants to forget the past and thinks about the present with Soo Jeong. However, Soo Jeong has Bok Soo on her mind the whole time so she leaves Se Ho. She runs to Bok Soo and apologizes for asking him too late. Bok Soo breaks down as he finally gets the chance to answer all her questions.

Everything is finally now out in the open. I’m glad that Soo Jeong has come full circle, and finally asked Bok Soo what she should have asked nine years ago. Again, I want to say that I’m still not entirely sold on Soo Jeong. I still find her selfish, and even now that we are starting to gain closure, this is all a little too late if she had just been upfront with Bok Soo nine years ago.

However, the whole dilemma was created by Se Ho, who spilled the beans about Soo Jeong. He also lied to her and told her that Bok Soo did it. And finally, he frames Bok Soo. After all these, we still feel sympathy for him. I want to wrap my hands around his neck and strangle him, but then I also want to give him a hug and comfort him. Obviously he’s got intense mommy issues and he’s lacking in love and affection. Hats off to Kwak Dong Yeon for beautifully portraying the conflicted Se Ho thus far.

Now that the cat’s out of the bag for Bok Soo and Soo Jeong, maybe we can expect romance to blossom again for these two in the next episodes.

She is currently watching My Strange Hero, Encounter, Clean With Passion for Now, God’s Quiz 5, and Fates and Furies.