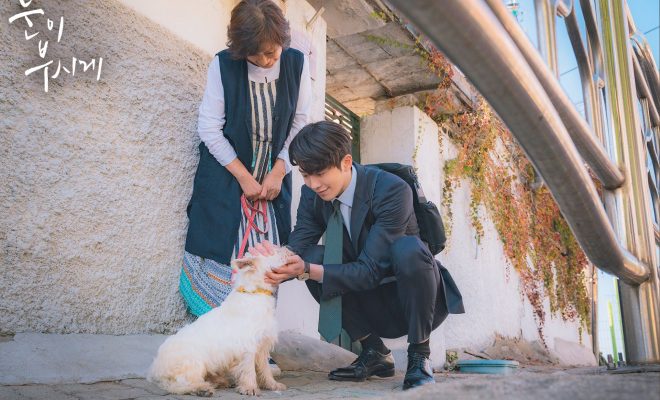 Key Moments In Episode 4 Of “The Light In Your Eyes”

It’s a dog war between Hye Ja and Joon Ha in episode 4 of The Light in Your Eyes.

Joon Ha continues to be aloof to Hye Ja and refuses to befriend her. The elderly woman gets increasingly frustrated that Joon Ha fails to recognize her. 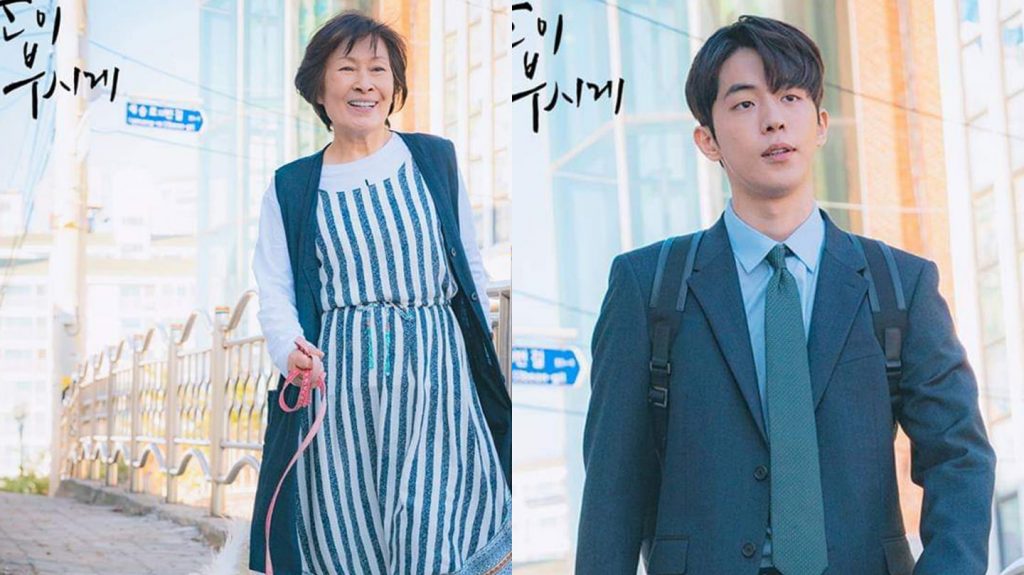 Hye Ja is still more than aware of the burden she caused to her parents, with the additional expenses of her medications. Thus, she tries her best to win her dad over and starts to prepare packed lunches for him to save money. Her father’s eyes remain blank when he looks at her, despite all her efforts.

Rice vs Antler: Who’s Who? 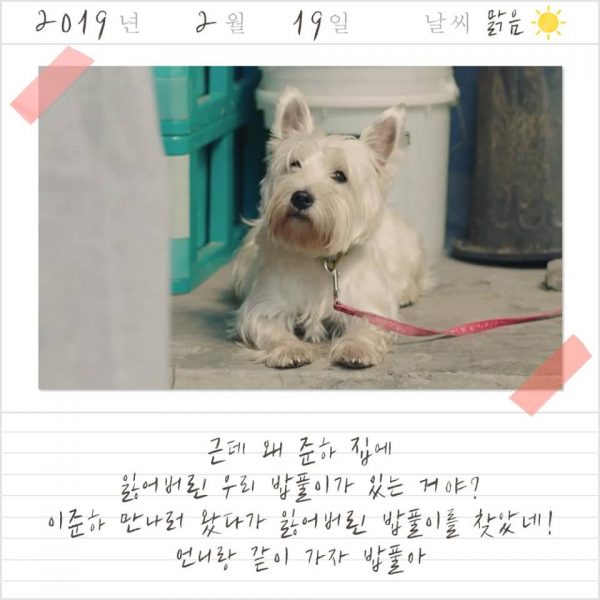 A stray dog wanders into Joon Ha’s house. Hye Ja overhears him talking to the dog and finds that his dog looks just like her dog, Rice. Consequently, she mistakes Joon Ha’s dog as her dog, Rice. She keeps insisting it is Rice who just can’t recognize her in her new body since the dog keeps biting her instead.

Joon Ha gets annoyed that Hye Ja keeps showing up at his house.  Tired of constantly seeing her, he proposes to let the dog free and they will both call the dog to see who is the rightful owner.

He finally gives up Rice to her family after he realizes how much the dog meant to Hye Ja who realizes right away that the dog isn’t Rice. 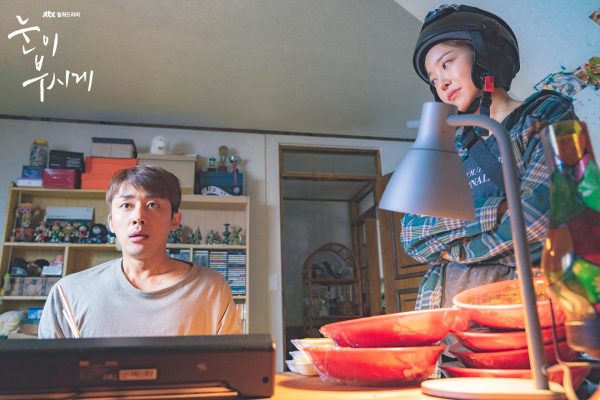 Former lovers Hyun Joo and Young Soo provide comic relief in the drama as the continuously fight each other. Young Soo thinks Hyun Joo still likes him and keeps her around as he films for his mukbang video channel. 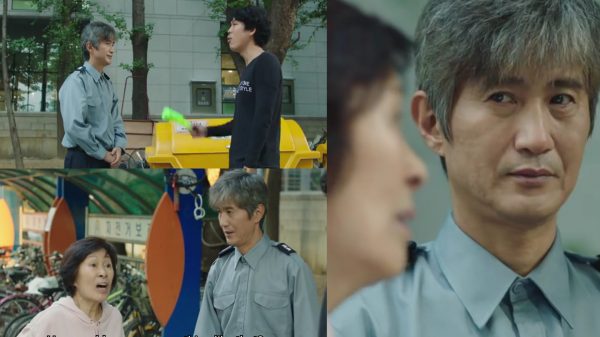 Determined, Hye Ja tries to charm her dad and takes it upon herself to prepare his packed lunches for work. However, her dad stays distant and could only stare at her as she does her best to make him happy.

Finally, Hye Ja’s father acknowledges her and tells her he was happy to have her by his side when she came to his defense at work. 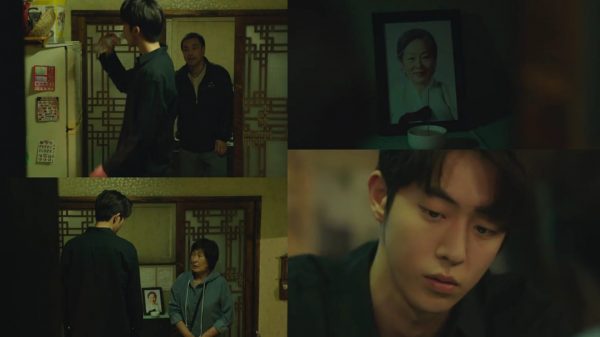 Hye Ja brings food to Joon Ha’s house. The elderly woman sneaks into his house and starts putting out the food when she sees Joon Ha’s grandmother’s picture. Sadly, she realizes that she passed away already. She starts to pay respects when someone arrives so she hides behind the curtains. Joon Ha’s father arrives and starts rummaging around the house. Helpless, Hye Ja can only watch.

Joon Ha arrives suddenly and sees his father. They start to argue and Joon Ha shows the document he received that he is no longer part of the family. The dad smirks and taunts him before leaving.

Hye Ja falls from her hiding place and tries to apologize to Joon Ha for being there, but he just tells her to leave. However, he runs into her later in the udon restaurant. Here, Joon Ha thanks Hye Ja for the food she brought.

Hye Ja finds Out what Joon Ha’s new Job Is 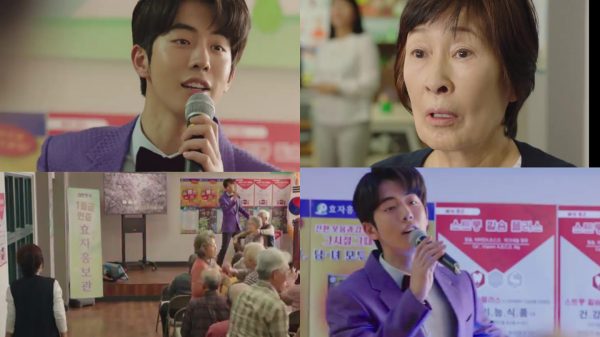 The women in the salon talk about the new elderly facility which keeps the elderly in their neighborhood entertained. Hye Ja decides to go. When she arrives, she is shocked to see Joon Ha working there as an entertainer to the elderly patrons. She is stunned as she watches Joon Ha sing on stage. 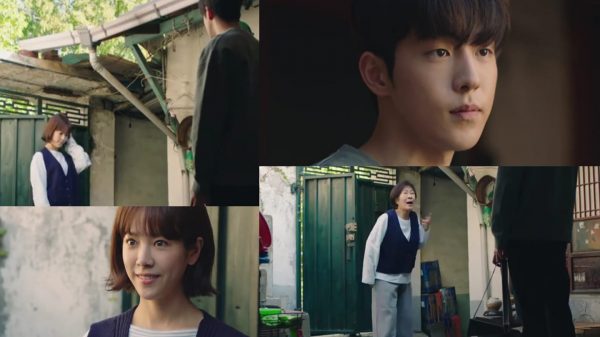 The Light in Your Eyes forces the viewers to face the reality of unexpected aging. Although set in a fantasy scenario, the emotions are real as the family of Hye Ja continues to struggle to accept their new reality.

Prior to her transformation, it seemed like Hye Ja and Joon Ha were on the brink of liking one another. With her transfiguration, they both get frustrated and miss each other. Hye Ja keeps dropping hints that Joon Ha misses. On the other hand, Joon Ha resents that Hye Ja suddenly disappeared without a word.

However, snippets of the younger Hye Ja keep popping up for Joon Ha whenever he is with the elderly Hye Ja. Thankfully, he does seem to recognize the younger Hye Ja in her, even though it is impossible for them to be the same person.

It is interesting to wait and see how their relationship will evolve. But of course, it also keeps the viewers curious as to whether Hye Ja can actually regain her young body again. 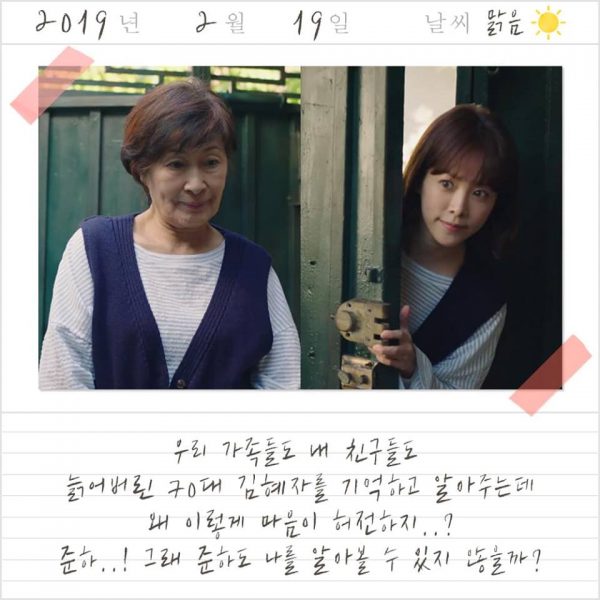 Both Nam Joo Hyuk and Han Ji Min have cited the actress Kim Hye Ja as part of their reason for accepting their roles in the drama. After watching her acting in the last few episodes, I can certainly see why they are drawn to her.

Although this is the first drama I watch her in, I am impressed by her youthful acting despite her age. As a viewer, I love watching her big and bright smile light up the screen every time. Her role as a 25-year-old Hye Ja must not be easy, but she captures youthful mannerisms and expressions quite well.

The Light in Your Eyes airs every Monday and Tuesday on JTBC and can also be watched on Viu.