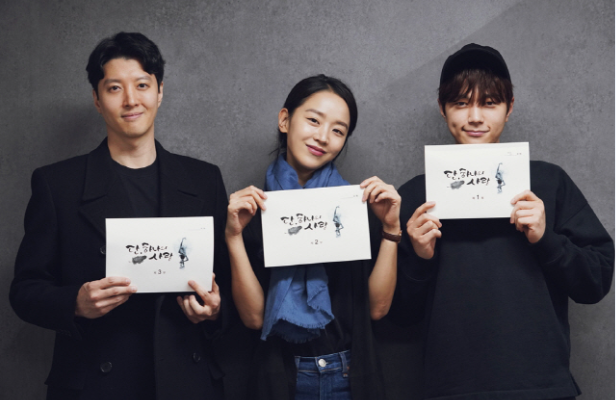 KBS2 TV’s Angel’s Last Mission: Love takes the story of guardian angel Dan who has fallen to the earth. For him to return to the sky, he has to complete a mission to find true love from a cold-hearted daughter of a rich family. Her aloofness stems from losing her eyesight, disabling her dream of becoming a ballerina. 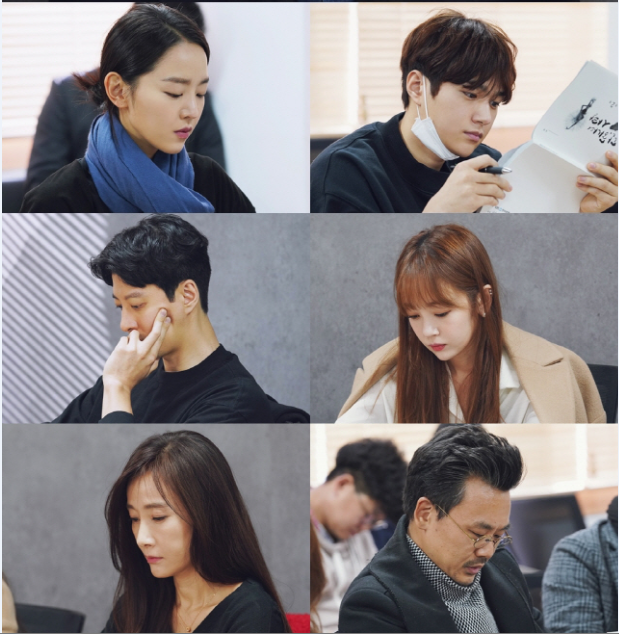 The scenario reading was held on March 18 at KBS annex. Attracting attention are the warm souvenir shots of the main characters who were focused on script reading.

Continuing her rise to prominence, Shin Hye Sun will transform to her ballerina role. In addition, Kim Myung Soo takes on a bright and mischievous angel character who will energize the story. Anticipating the romance Shin and Kim to create will be one of the drawing points of the series.

Rounding up the main cast are Lee Dong Gun and Kim Bo Mi. As a charismatic director of a ballet club, Lee will have a connection to the heroine. Meanwhile, Kim will play the role of a rival to Shin Hye Sun’s character.

The presence of actors Do Ji Won and Kim In Kwon could not be overlooked. An ambitious ballet director will be Do’s character while Kim connects to the angel realm like Infinite’s L.

Making the even more special was the attendance of Choi Hyun Jin. Choi is a famed modern dancer who will be in charge of the ballet choreography for One And Only Love.

For four hours, the actors immersed on their roles without any sign of weariness. It has added excitement to what’s in store on this newest KBS2 TV series due to the high interest exhibited.