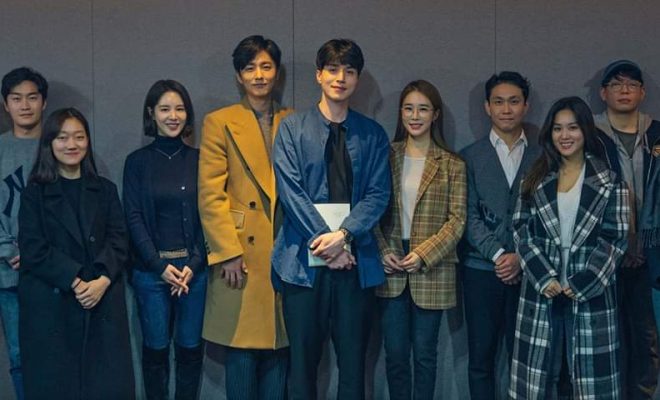 tvN has shared stills from the first script reading of its 2019 offering Touch Your Heart.

Goblin fans are ecstatic that Lee Dong Wook and Yoo In Na are together again for another hit drama.

The cast gathered for their first script reading on November 27. Goblin lead stars Lee Dong Wook and Yoo In Na are back for another heartwarming drama.
The pair was  joined by their other co-stars Shin Dong Wook, Sohn Sung Yoon, Oh Jeong Se and Sim Kyung Taek.

Director Park Jun Hwa promised to work hard to live up to the title of the drama and touch the hearts of the viewers.

Lee Dong Wook has promised to do his best to leave a significant mark in tvN for 2019.  Yoo In Na has added her own promise to do a happy drama together.

Lee also mentioned that Kwon Jeong Rok is a man of principle who may seem cold-hearted at first but is actually warm and caring.

After their hit drama Goblin, the staff and the rest of the cast are excited about the new venture. They couldn’t stop smiling as they watched the first script reading. The leads focused on their roles and showed potential through the script reading.

Touch Your Heart is expected to premiere after Encounter.