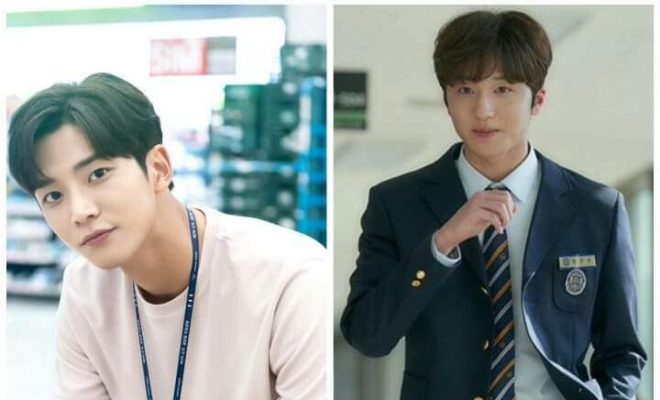 Chani and Rowoon are making SF9 proud. The two are receiving public praises for their portrayals in various dramas.

SF9 is a boy group that is made up of talented individuals who excel in singing, dancing, songwriting, variety, and many more. These days, Rowoon and Chani are experiencing what it means to be in the lime light for another reason: acting.

Rowoon is not just made of 189 centimeters of height and vocals, he is also a great actor. He started off his acting career in Click Your Heart, a web drama SF9 starred in with Mina from AOA. He caught the attention of viewers when he appeared in School 2017 as Kim Sejeong and Kim Jung Hyun’s transferee classmate.

This year, he was the charismatic younger brother of Lee Sung Kyung in About Time. Most recently, he starred as Chae Soo Bin’s close friend and admirer in Where Stars Land. His stint in the airport themed drama gifted him new fans and swooners that fell for his smile and efforts in a one-sided love affair.

In related news, SF9’s maknae is a triple threat. The 18 year old artist excels in not only rapping and dancing, but he is also an enigma in acting. Chani is not a stranger to viewers who have been watching dramas for years. When he was younger, he most often starred as younger versions of the lead characters in dramas.

Some of his most notable roles are in Listen to My Heart, To the Beautiful You, and Signal. Just like Rowoon, he also starred in Click Your Heart as one of AOA Mina’s suitors. Today, he is making headlines as Hwang Woo Joo, one of the children caught up in the tangle of chaos caused by overachieving parents in high-rating jTBC drama, Sky Castle. His character emits a neat yet mature nature that charms the audience from all ages.

Read Also: INFINITE’s L To Be Your One And Only Love In New Drama

The said activities are defining the range of talents of these SF9 members have as entertainers. In the mean time, if Rowoon and Chani are not shooting their individual dramas, they are busy promoting with SF9. The group is currently busy with individual schedules. Recently, they won the Rising Star Award at the 2018 Asia Artist Awards.