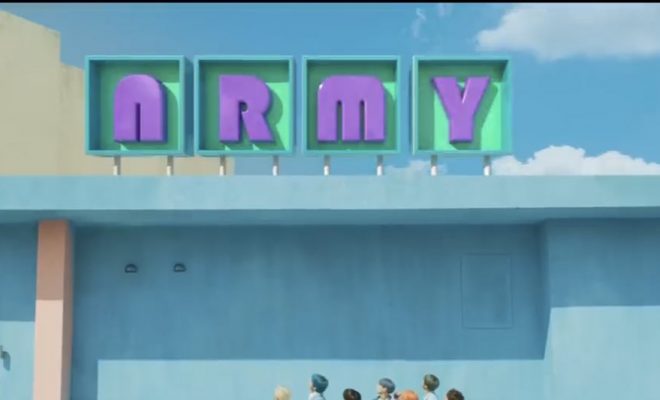 ARMYs, our boys with love, BTS, has posted a sweet little treat!

Surprise, for BTS dropped a new version of their comeback music video “Boy With Luv” on April 27! 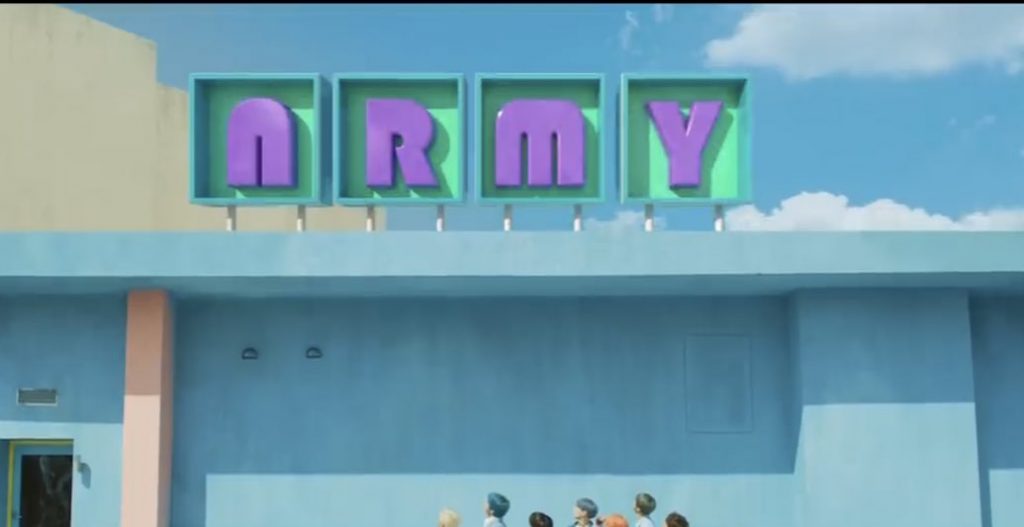 Titled “ARMY With Luv”, the new version made everyone coo at its amplified cuteness by providing a more fun, carefree video showcase of the song. Fans were also blessed with more close-up shots and the new video featured behind the scene clips as well, which warmed fans’ hearts.

Singer Halsey, whom they collaborated with for the song, also appeared more on the new version compared to the original. It showed more of her interactions with the seven boys, like shouting “boy with love” together with the whole group at the end of the clip. Fans also expressed their delight in the new version containing a clip of her full handshake with RM.

As an ode to ARMYs like how the title implies, the new version also used the words “ARMY” as signages at one of the scenes, compared to the original video’s signage saying “LOVE”. The surprise music video from the group also made use of the audio version included on their mini-album Map of the Soul: Persona.

Watch the “ARMY With Luv” version of BTS’ new song below:

FacebookTwitter
SubscribeGoogleWhatsappPinterestDiggRedditStumbleuponVkWeiboPocketTumblrMailMeneameOdnoklassniki
Related Itemsarmy with luvBIGHIT EntertainmentBoy With LuvBTSBTS Boy With Luv
← Previous Story “A-TEEN 2” Boasts Of Musical Masterpieces From SEVENTEEN, Baek Yerin, And We Are The Night For OST Lineup
Next Story → BTS Reveals Launch Of Merchandise Pop-Up Stores In US And Europe