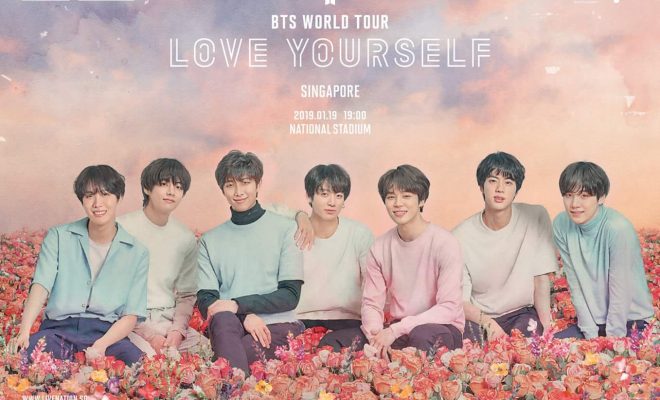 BTS To Spread Love To Singaporean ARMYs In January

Singaporean ARMYs will soon experience euphoria as BTS heads to the country for a mega concert this January!

Big Hit Entertainment had announced the first four stops for the Asian leg of their Love Yourself world tour on October 10 – and Singapore is one of the lucky countries to already have a confirmed date and venue! 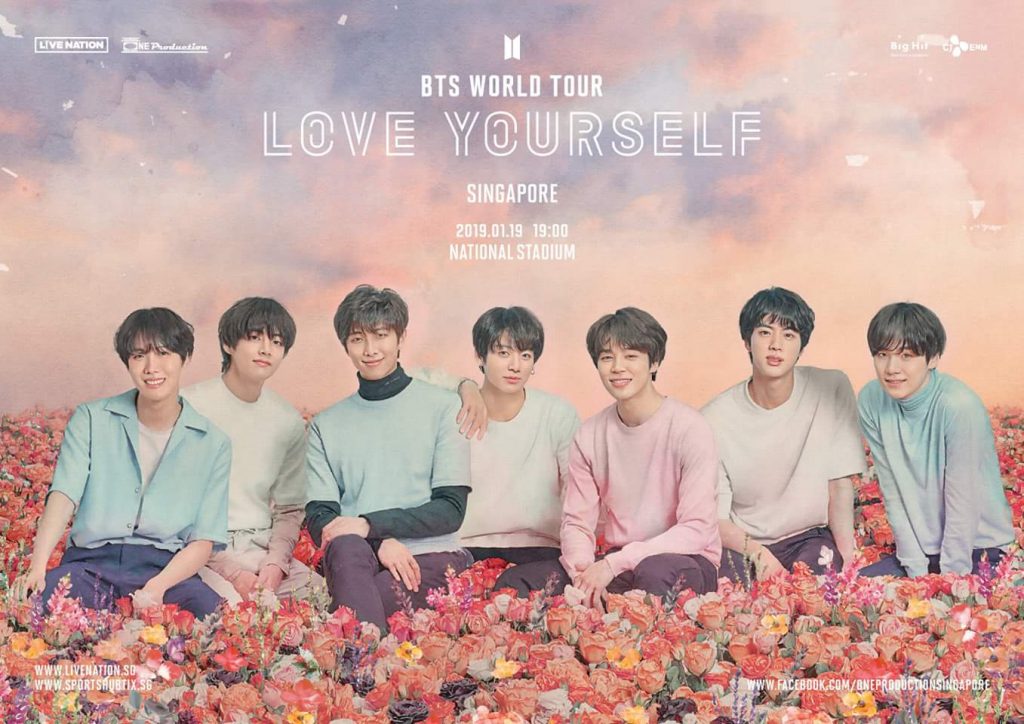 (Photo from ONE Production SG)

Singaporean ARMYs are off to have a great start for 2019 as the group is scheduled to take over the Singapore National Stadium on January 19 next year. The venue can hold a maximum seating capacity of 55,000 people and is recorded as the biggest stadium in the country.

BTS will be the first ever K-Pop act to hold a show at the Singapore National Stadium, which had witnessed only nine international acts including One Direction, Coldplay, Madonna, and Mariah Carey taking over the stage since it was founded in 2014.

ONE Production and Live Nation SG, the concert’s official organizers, note that this one-night-only show is set to be a “mega concert” for the boys just like every performance they have held for the rest of the Love Yourself world tour.

The group had touched down on Singapore in 2014 for The Red Bullet tour – which served as their first solo show in the country preceding the upcoming concert for Love Yourself next year. BTS was also part of KBS Music Bank world tour in August 2017.

Singaporean ARMYs became especially sentimental as they note that The Red Bullet concert was held at The Star Theatre which only had a 5,000 seating capacity – definitely very miniscule in comparison to the size of the Singapore National Stadium.

More details about the concert are set to be announced soon, including ticketing information and seat plan.

For the meantime, Singaporean ARMYs – you better ready your wallets, mark down the date, and stay tuned for more information on Live Nation SG & ONE Production!

Are you ready to watch BTS perform live, Singaporean ARMYs? Let us know by leaving a comment below, giving us a holler on Facebook, or tweeting us at @hellokpop!