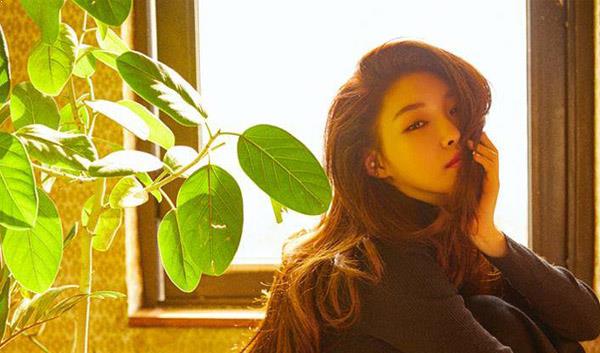 The song, from Chung Ha’s latest mini-album Offset, also released today, is just as sizzling as her last hit, “Why Don’t You Know,” released last year in June.

This time, Chung Ha brings the retro flair with disco-inspired outfits and musical elements. From the sparkling ensemble with the leather white boots to the neon makeup, she is able to use past fashion trends to describe her past experiences of love. 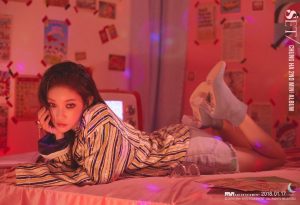 The music is filled with electronic beats, which matches well with the colorful set, clothing, and makeup. It’s definitely a step up from her already great solo debut last year.

Something about this song feels more mature and authentic. The aesthetics also fits with her millennial appeal. Unlike other artists, Chung Ha knows what’s cool and hip, which she embraces and uses throughout the song and video.

Another point to note is the stellar choreography, which is something that will not surprise her fans. As a former member I.O.I from Produce 101 Season 1, Chung Ha was considered the main dancer, and always brought the intensity despite her small stature.

Like in her last video, the singer continues the unique dance moves, but with the spotlight focusing on her. Perhaps it was nerves, but “Why Don’t You Know” choreography had her latching onto her background dancers, which isn’t surprising for a debut soloist. But now, she’s truly blossoming as a star, and isn’t afraid to shine, even in a feathery pink two-piece jumpsuit.

It’s exciting to see where Chung Ha is heading, and how she will improve as her career continues to grow. While it’s been a roller coaster ride for this young star, but she’s not stopping anytime soon.