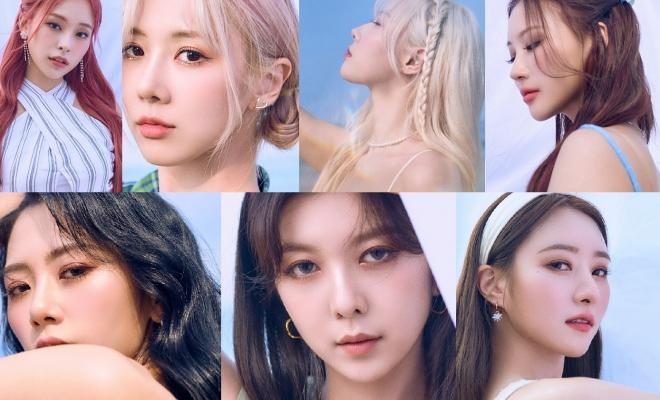 Feel the summer through the first teasers from Dreamcatcher for Summer Holiday.

Dreamcatcher, a girl group famous for its unique metal-rock sound, is about to release a special summer album at the end of July. The countdown officially began with the first set of gorgeous teasers, showcasing each members’ charms. 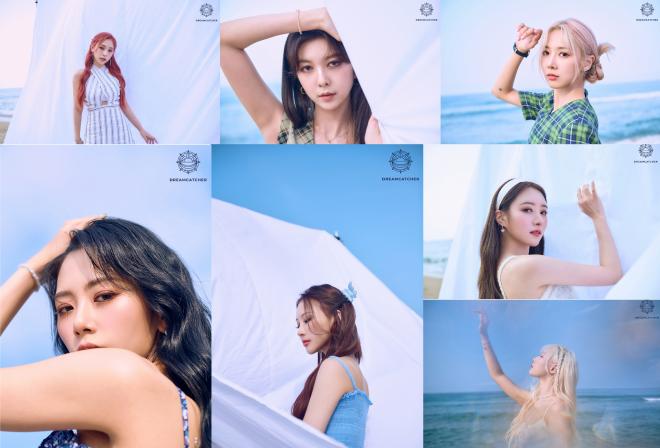 The beautiful girls drew attention with their fresh concept photos, that bring out the summer feeling. Posing with a white cloth or with the sea in the background, the artists created a dreamy and relaxing vibe.

Such a bright image makes us wonder how the new songs will sound, as well as what the other photo versions will look like.

The news of the album appeared recently and was followed by the mystery code that the group drops before each comeback. The image featured a colorful merry-go-round with roman numbers. Soon after, the artists revealed their comeback scheduler, drawing excitement from fans.

This is the first comeback in about six months after the group concluded its Dystopia series with Road To Utopia. Attention is focused on the new concept that the holiday season will bring.

Dreamcatcher will make its return with the special alum Summer Holiday on July 30 at 6 PM KST. Keep an eye out for the next teasers that will continue to come out in the following days.