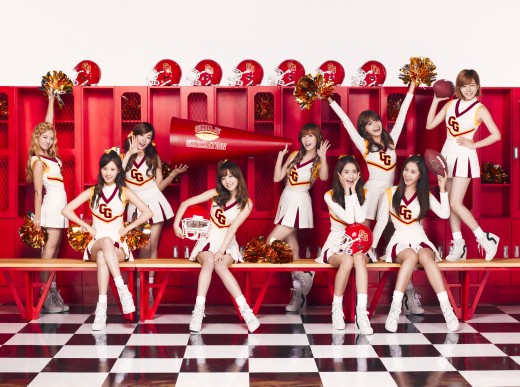 Girls’ Generation‘s fifth single, Oh!, and their DVD, Girls’ Generation Complete Video Collection, have both placed first at the same time on the Oricon Weekly Single and DVD, and Blu-ray Disc charts.

SNSD will release their sixth single Flower Power on November 14.

Hellokpop, as an independent Korean entertainment news website (without influence from any agency or corporation), we need your support! If you have enjoyed our work, consider to support us with a one-time or recurring donation from as low as US$5 to keep our site going! Donate securely below via Stripe, Paypal, Apple Pay or Google Wallet.
FacebookTwitter
SubscribeGoogleWhatsappPinterestDiggRedditStumbleuponVkWeiboPocketTumblrMailMeneameOdnoklassniki
Related Itemsgirls generationSNSD
← Previous Story SNSD to release Japanese single and album
Next Story → 15& releases music video for ‘I Dream’