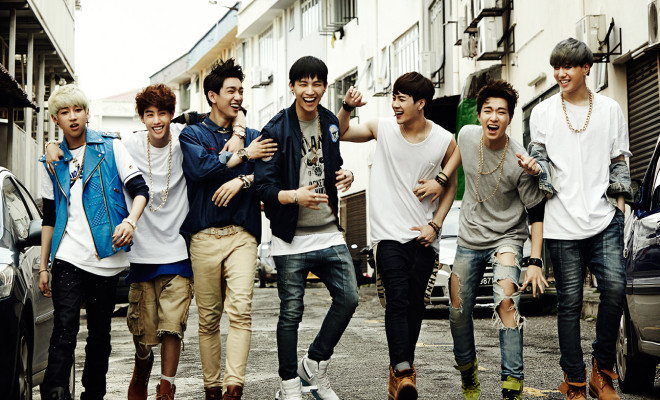 GOT7 gets flirty for ‘A’ music video

After releasing a series of teaser pictures and story videos individually for each member, JYP Entertainment have finally released GOT7‘s new music video “A”.

With a fun and colourful music video combined with an upbeat and catchy song, the music video is a must watch for all K-pop fans.

The GOT7 members have already started their television promotions last week and have received a high amount of love from their fans with their new comeback style, different to their previous debut song “Girls Girls Girls”.

GOT7 member JR has also taken to Twitter to ask fans to love and care for their new comeback, along with a teaser photo.

The new song has a more upbeat hip-hop vibe and the music video is definitely too cute with a story-line of the boys trying to court a girl who works in a cute little fast food take-away shop.

With the catchy “Aaaaaa” lyrics and choreography, there are many anticipations with how the group will do.

If you also haven’t listened to GOT7’s debut single, watch below.