MONSTA X made sure to leave European Monbebes with many memories set to shine forever!

It’s a wrap for the 2019 MONSTA X <WE ARE HERE> WORLD TOUR in the Europe – and it ended with responses just as intense as MONSTA X’s explosive performances themselves! 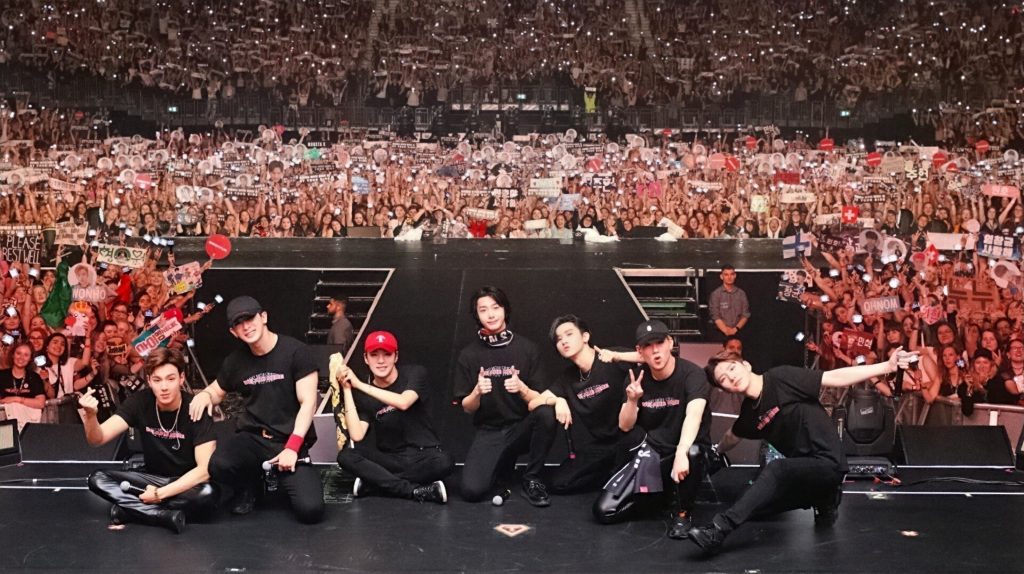 The boy group brought excitement to several European stages with their newest tour’s latest leg which kicked off on June 29 in Madrid’s Palacio Vistalegre and was continued in Amsterdam’s AFAS Live on July 3. A show on July 6 in La Seine Musicale, Paris followed, and the crowd in London’s The SSE Arena in Wembley ensued to welcome them on July 9.

Spanish, Dutch and British fans welcomed MONSTA X with enthusiastic response once more following the group’s last visit in the previous year to their countries with their tour.

MONSTA X’s set of concerts was filled to the brim with 23 amazing song performances, including their all-time favourite hits “HERO,” “DRAMARAMA,” “Shoot Out,” “Jealousy” and “Alligator”, among others.

The shows also featured the sub-unit stages the seven boys prepared for the entire tour. While Vocalists Minhyuk, Kihyun, and Hyungwon teamed up for a cover of Bazzi’s “Myself”, the rap-and-maknae liners Jooheon and I.M showed off their fire-spitting abilities as they took over with “Sam Bak Ja” afterwards.

Finally, hyung liners Shownu and Wonho turned up the temperature every single time for their unit performance of “Mirror”.

It also included the special stage of Hyungwon, who turned into DJ H.ONE and boasted his signature splendor, intensity and powerful energy to his heart’s content.

“It’s been a long time since we met, but I think we had a very happy moment because they cheered our performance so hard,” the group expressed to fans.

“Thank you all so much. We hope Monbebe and MONSTA X will be able to rely on each other and support each other for a long time,” they added.

“We will continue to be the MONSTA X who shows you great stages in future tour performances,” the group also promised.

MONSTA X will continue off with their massive 2019 world tour which takes them to twenty cities with a total of twenty three shows for its run on Sao Paulo this July 19 and Mexico City this July 21.