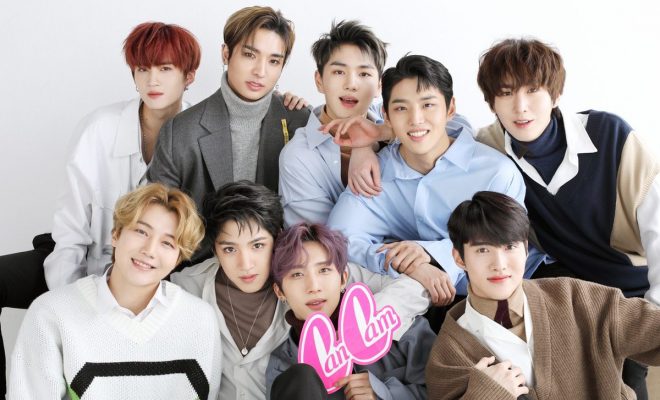 PENTAGON Heightens Anticipation For Its Return With “Genie:us” Track List

Get ready for a jam-packed mini album from PENTAGON!

PENTAGON fuels fans’ excitement for its eighth mini album Genie:us with the release of its track list on March 20 through the boy group’s social media channels.

The track list unveiled details about the six tracks that will compose the new mini album scheduled for release on March 27 at 6 p.m. KST.

See Also: PENTAGON Gears Up For Jam-Packed Week Ahead Of “Genie:us” Comeback

Leader Hui and youngest member Woo Seok wrote the lyrics of the title track “신토불이 (Shintoburi)”, a future house genre dance song with witty and straightforward lyrics. Additionally, the upcoming single will boast the boy group’s powerful choreography. Hui then teamed up with Han Yo Han and Minit to composed the song.

The boy group’s eighth mini album includes the hip hop unit song “Lost Paradise” and the ballad unit song “Until that Moment”. Hui, Yuto, Kino, and Woo Seok participated in writing and composing “Lost Paradise”. Meanwhile, Hui, Shin Won, Yuto, and Woo Seok wrote “Until that Moment” which was composed by Hui and The Proof. Completing the tracks of Genie:us is “Round 1 (Bonus Track).

PENTAGON will also meet fans through a concert titled 2019 PENTAGON Concert “PRISM” on April 27 and 28.