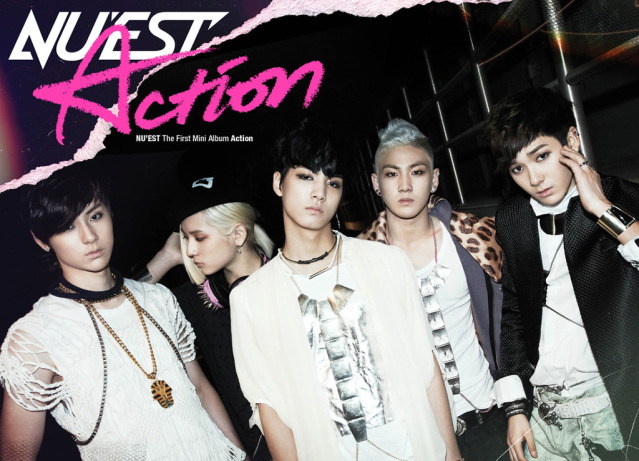 Not long ago,  Pledis Entertainment‘s rookie boy group NU’EST, announced their comeback after their successful debut with Face.

This time around, they will be releasing their first mini-album titled Action, and will be promoting their title track of the same name. Action is a dance song, composed by the makers of Ailee‘s Heaven.

The track list for their upcoming mini album is as below.

Meanwhile, NU’EST has recently released the music video teaser for Action. Check it out here.

Hellokpop, as an independent Korean entertainment news website (without influence from any agency or corporation), we need your support! If you have enjoyed our work, consider to support us with a one-time or recurring donation from as low as US$5 to keep our site going! Donate securely below via Stripe, Paypal, Apple Pay or Google Wallet.
FacebookTwitter
SubscribeGoogleWhatsappPinterestDiggRedditStumbleuponVkWeiboPocketTumblrMailMeneameOdnoklassniki
Related ItemsActionNU'ESTTrack list
← Previous Story Wooyoung releases third debut MV teaser
Next Story → MYNAME releases MV for Japanese track ‘Summer Party’