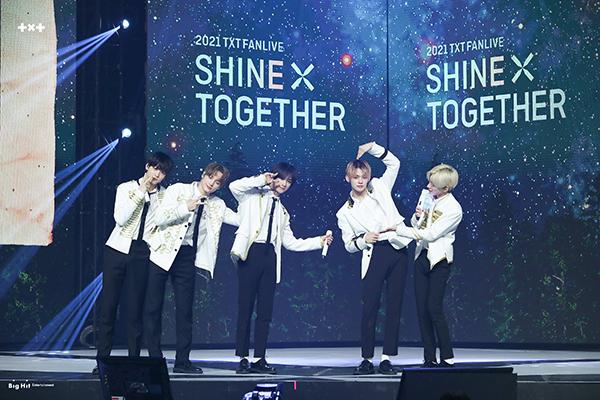 TXT Confirms Comeback Set In May

TXT is finally coming back with the release of a new album by the end of May.

In a report on April 22, TXT was revealed to be finishing up their latest album and is currently gearing up for their comeback.

There have been speculations that the upcoming album’s quality will be “unmatched” with the participation of a number of renowned global producers.

Earlier in April, TXT appeared on The Ellen DeGeneres Show to perform their song, “We Lost the Summer”. This was far from the group’s first American media performance, however.

TXT has been solidifying their global presence with appearances on shows such as MTV’s Fresh Out and was even featured on digital music media, Genius’, YouTube channel.

In March, TXT also hosted their online fanmeet, SHINE X TOGETHER, which was streamed on Weverse.

You can watch the group’s performance on The Ellen DeGeneres Show below: