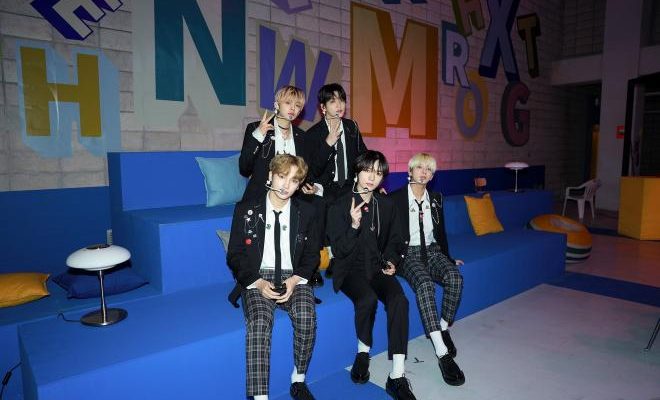 TXT mesmerized with their performance of “We Lost The Summer” during their first-ever appearance on The Ellen DeGeneres Show!

Tomorrow X Together, otherwise known as TXT, made their first appearance on the American program The Ellen DeGeneres Show. The powerful fourth-generation group performed the song, “We Lost The Summer”, from their third mini-album called minisode1: Blue Hour.

“We Lost The Summer” was an apt choice for the performance, which introduced TXT to global viewers. The track is a frank and sincere discussion regarding the completely different world that youths face due to the emergence of COVID-19. As such, TXT delivered a song that truly embodied and empathized with the struggles that viewers around the world face in the age of the pandemic.

In particular, the sentiments resonated with teenagers around the world, who express their anxiety and confusion navigating daily lives, and feel a yearning for past moments taken for granted.

Though the song’s message touched on a bleak topic, at the same time, the members boasted their boyish charm in a school-theme stage. The performance, which appeared to move through various room sets, presented a dynamic vision for viewers. Additionally, TXT impressed with their strong dance skills and synchronization.

In a behind-the-scenes video of their performance, TXT stated, “We’re so happy and honored to be able to perform at the Ellen DeGeneres Show. We are happy and proud to have this great experience with the members. We worked hard to prepare for the performance, so we hope you like it a lot.”