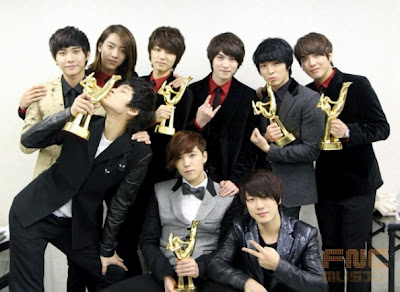 Who would have guessed? FNC Entertainment emerges as a leading agency

We’re closing this series of articles on FNC Entertainment by a wider look at the recent company evolution. Part of the Mnet group, FNC Music has long been the male and rocky side of Core Contents Media – home of superstars SG Wannabe, SeeYa, Davichi, Yangpa and T-ara. In the early days of the company, when FT Island was its sole artist, the company would lean on CCM to receive the kindred support of its crewmembers, with most notably, the T-ara members featuring in numerous FT Island MVs. That was up until the summer of 2009, where FNC Music developed itself in a very interesting and prolific way. In opening the indie agency Al Entertainment in Japan, FNC Music created a stepping stone that would propel their newest rock group CNBLUE, to stardom both in Korea and Japan and just within 6 months. Two years later, FNC Music was at it again with the launch of Juniel in Japan through Al Entertainment prior her successful Korean debut.

With three artists releasing consistent music and being successful in both Japan and Korea, FNC Music, renamed this year as FNC Entertainment, has garnered one of the strongest fire powers within the game. Added to that, the facility of its pop-rock artist to pull a concert at any time, anywhere, FNC Entertainment has industriously made itself many assets that should keep them alive for a many years to come. But, that doesn’t mean that this tremendous success doesn’t come with its share of dead wood. Last year, FNC launched its first male idol group, M Signal, who, so far, has been living a coy existence, probably too bland and common to make a name for itself. FNC’s second try in the idol range will permeate more ingenuity as, with AOA, the company has created the first dance group able to also play their music; performing either as a pop-rock band or as an idol girl group.

So far, results for this second try haven’t been too positive. Their first song, Elvis, charted as low in the charts as any other idol rookies this year. But, FNC had a fine idea there and it is certain that the agency is eyeing future joint concert and performances with FT Island, CNBlue and Juniel to promote AOA and help them rise to the level of their fellow artists. With such smooth and audacious management decision undertaken by FNC in recent years, it was EXPECTED of them to emerge today as a leading entertainment agency. Still, congratulations to them for propelling itself within the elite with such poise and stability.