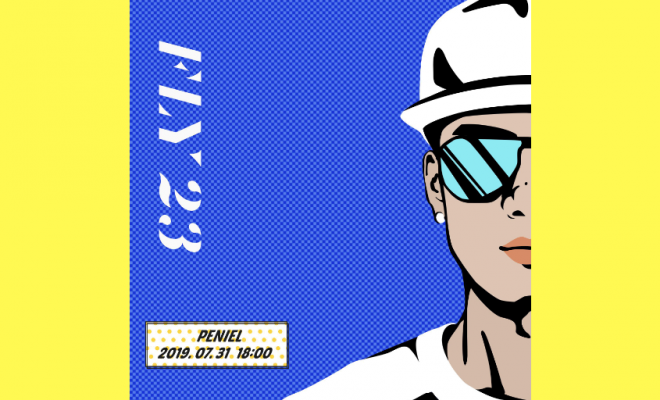 Peniel swags it up with a new digital track to look forward to this month.

BTOB’s Peniel announced a new addition to his discography— a solo digital single coming out on July 31! He posted a comic book style photo teaser on July 22 on his social media channels.

The vibe of the teaser displays the single’s potential atmosphere of youthfulness. There is also a hint of street style music. Dubbed “FLY23”, the expectations are high as little to no information about it is released yet.

Peniel also released a digital single earlier in the year. “Valentine” is considered as his Valentines Day gift for his fans. The song can be streamed on SoundCloud.

In other news, Peniel teamed up with co-member Hyunsik for Battle Trip in Hong Kong. They met with lucky fans and worked together for missions to make their fans’ dreams come true. You can watch it on tvN Asia and Viu.

In addition, check out Peniel’s performance video for another one of his digital singles, “B.O.D.”. In the video, he displayed his rap and dancing skills so effortlessly, keeping his fans on their toes.

Peniel amps up the coolness with his new digital single, “FLY23”. It is coming out on July 31, 6 PM KST. Mark your calendars and make sure to keep updated with Peniel for further details on his new bop!