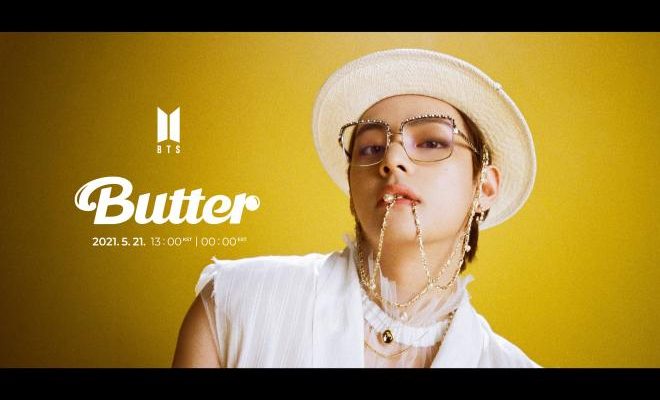 BTS just released the 2nd installment of “Butter” concept images, and now the “like” and “retweet” buttons on Twitter are spinning like a slot machine out of control.

ARMY, we know that it was you guys that we heard fan-chanting in volumes when BTS released a fresh new set of “Butter” concept images around 11 PM KST on May 16. 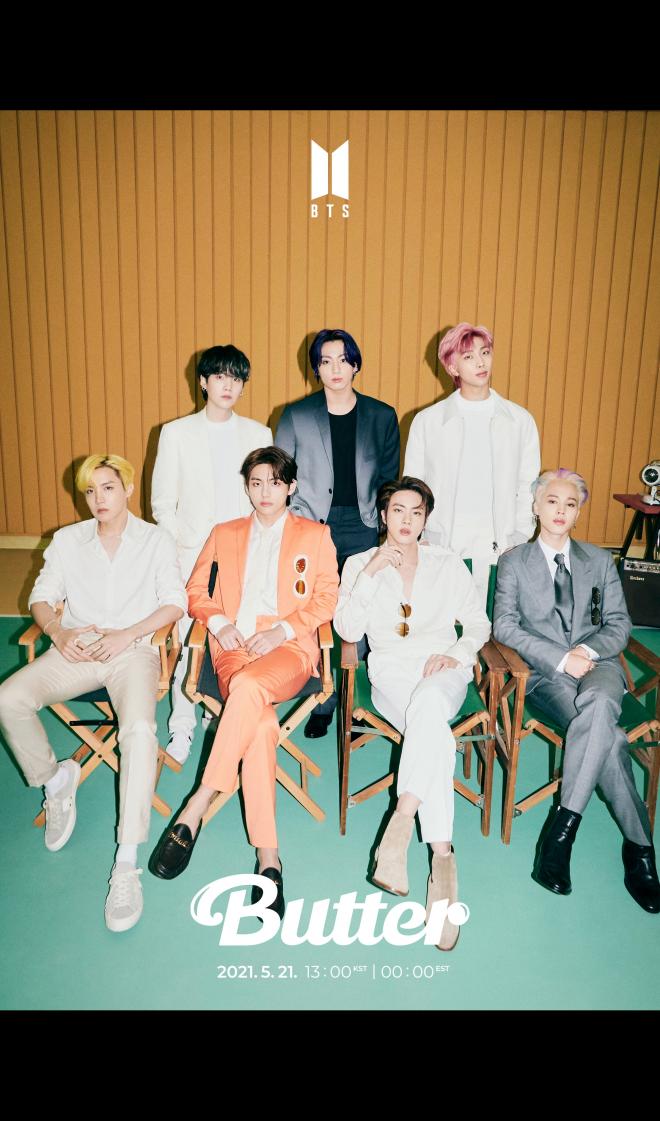 Not too long ago, BTS launched the first installment of teaser images of their highly-anticipated comeback track that may or may not be written about a smooth and creamy breakfast condiment.

With V, Jin, RM, Suga, Jungkook, Jimin, and J-Hope all dashing and dapper in retro suits while lounging in an elevator, we can infer that the song will have inevitable notes of groovy nostalgia, just like its older sister, “Dynamite”. Unless we’re wrong. You know, because by now we should know that BTS is famous for jumping around the corner with a new surprise every now and then.

This time, the K-Pop stars released the group photo and individual photos all in one go, and as expected, they look great. 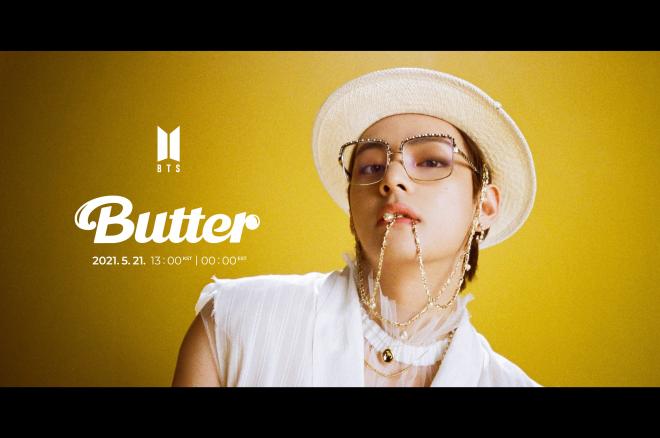 V stands for victory; especially when it comes to style, charisma, talent, and projection. Donning white whimsical organza, gold chains, flashy sunglasses, and a boater hat, V is exuding some seriously voguish vibes that belong on the cover of a fashion magazine. (Is it just us, or does this ensemble remind you of V’s outfit in the “Airplane Pt. 2” music video?) 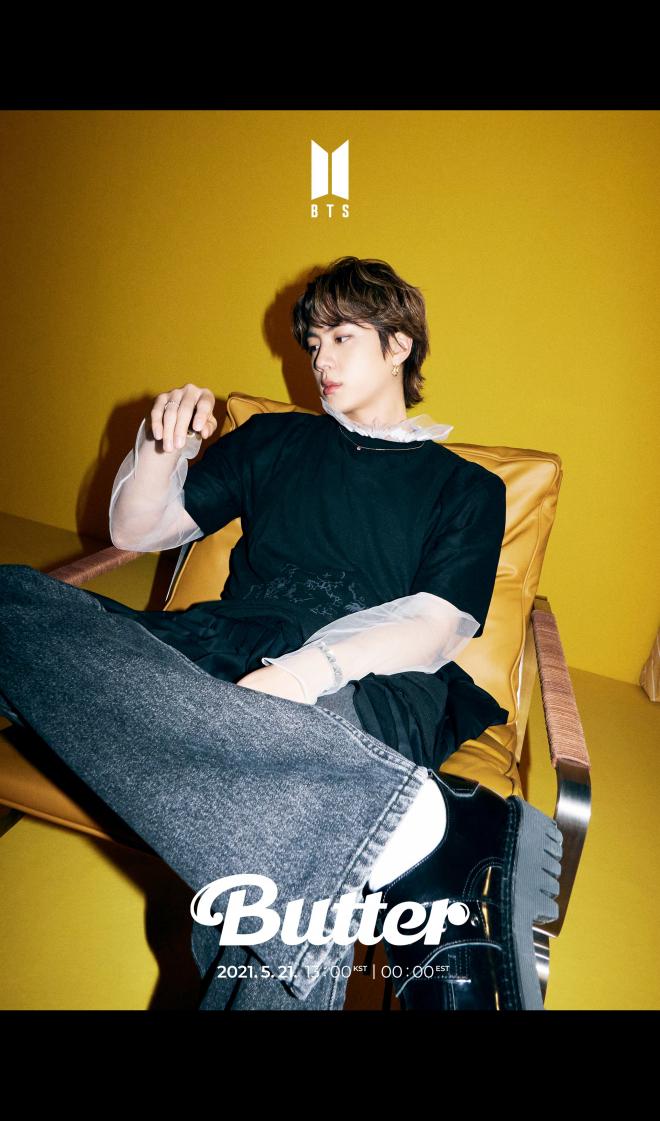 Only Jin can look like a prince while rocking white organza under a black tee with matching derby shoes and gray jeans. The singer is often seen wearing ethereal pastel hues, but seeing him in a semi-monochrome outfit brings out his inner rockstar. Also, we would like to thank his talented stylist for making waves in Jin’s cinnamon brown hair. 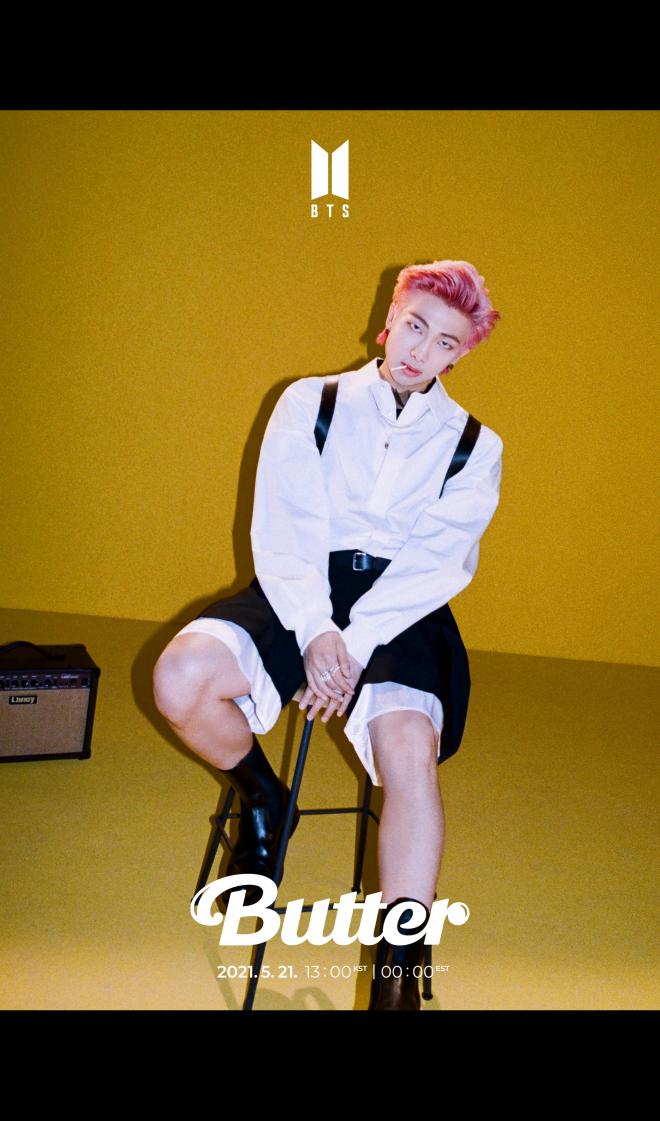 Ever since the beginning of Bangtan, lollipops have kind of been RM’s thing, and we’re glad to see this confection making a comeback. Here comes the leader with his watermelon pink hair and dragon stare, making Bermuda shorts and suspenders absolutely mainstream again! 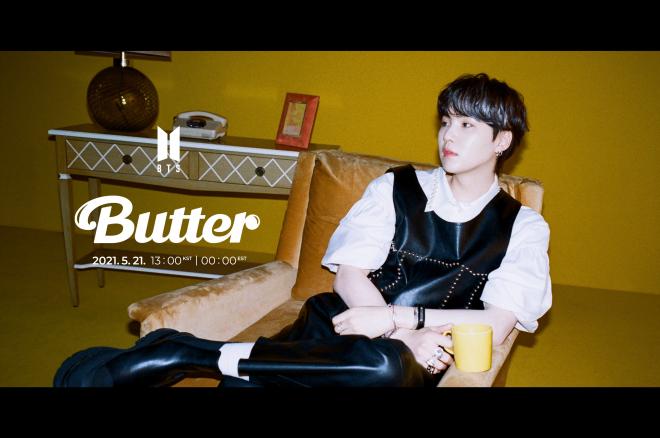 In this concept photo, we can observe one of the faster rappers in South Korea chilling with a cup of coffee or tea. Perhaps they’re flexing the fact that Suga woke up looking that handsome, and we’re totally okay with it.

With the old school landline in the background, we are detecting more retro vibes, and we love it. 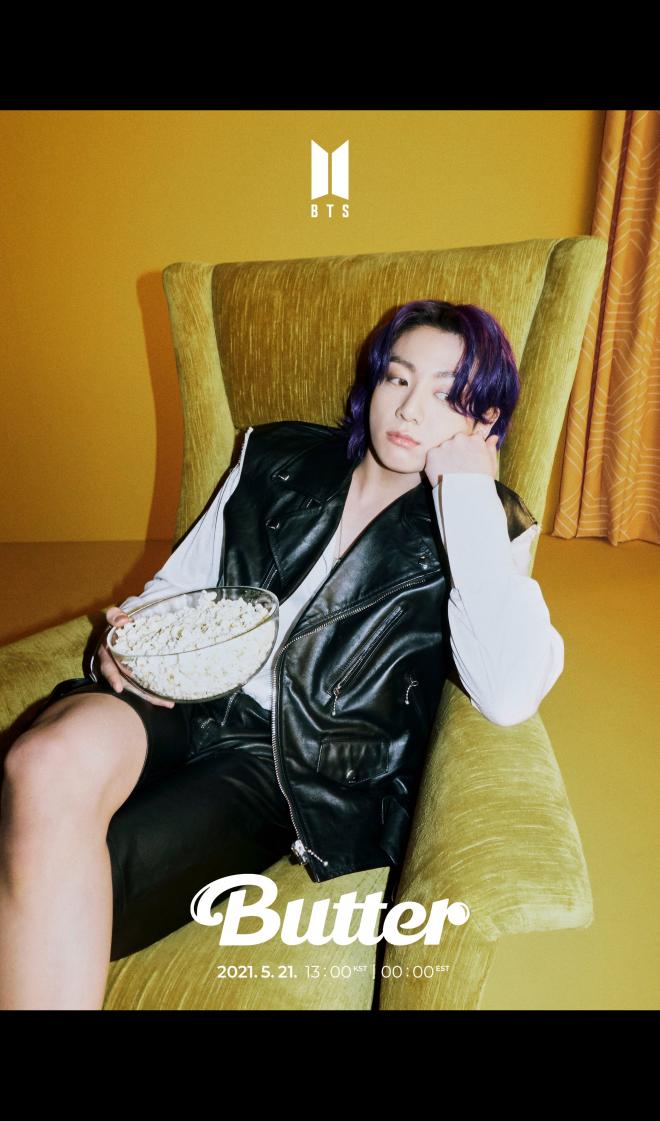 Jungkook’s blackberry tresses take center stage in this laidback teaser image of him lounging on a couch. The edgy leather vest highlights the singer’s cool persona while he poses with a nonchalant gaze.

Oh, and you know what that bowl of popcorn needs? Butter! 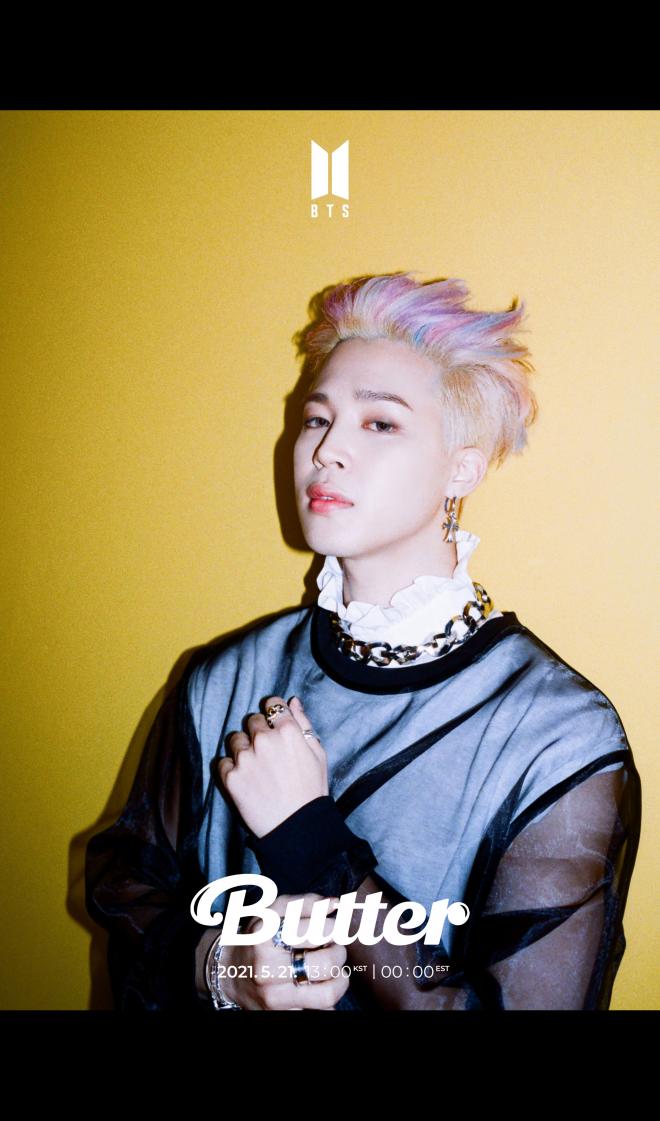 This man’s stunning new haircut has just confirmed something that we suspected all along: Jimin is a unicorn. 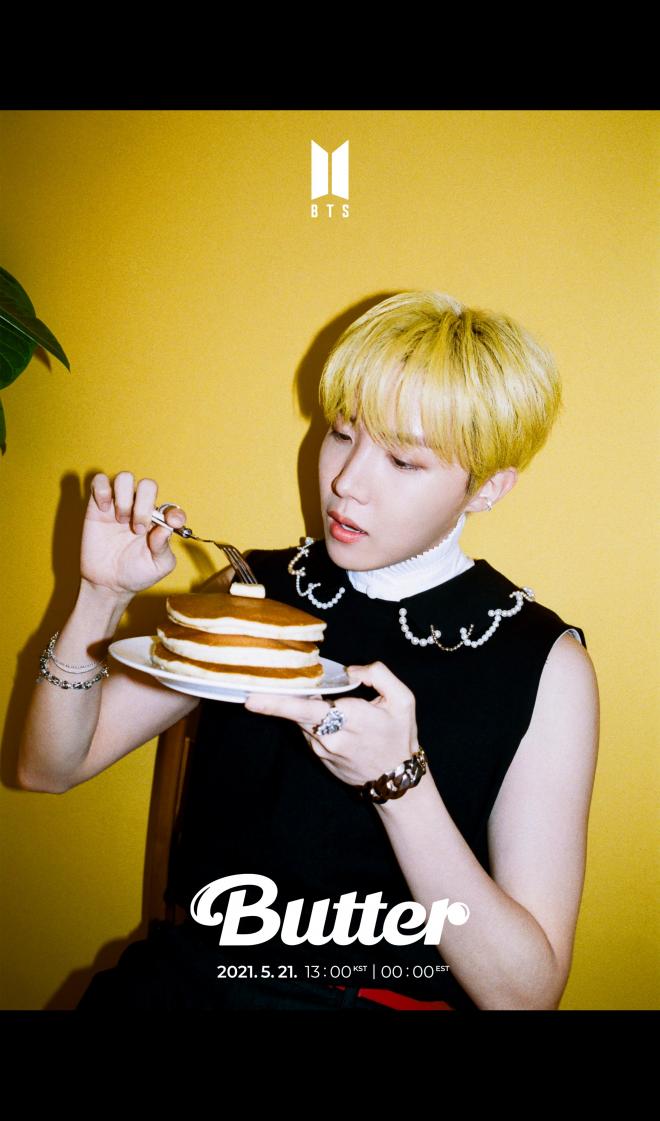 J-Hope’s gold hair is now as sunny as his uplifting personality. Rocking a harmony of pearls and rhinestones around his vest’s neckline, we’re convinced that this artist can take on any type of style like a true fashion icon.

The anticipation for BTS’ comeback is high and is nowhere near melting away. D-5, ARMY! “Butter” is coming on May 21, 1 PM KST.